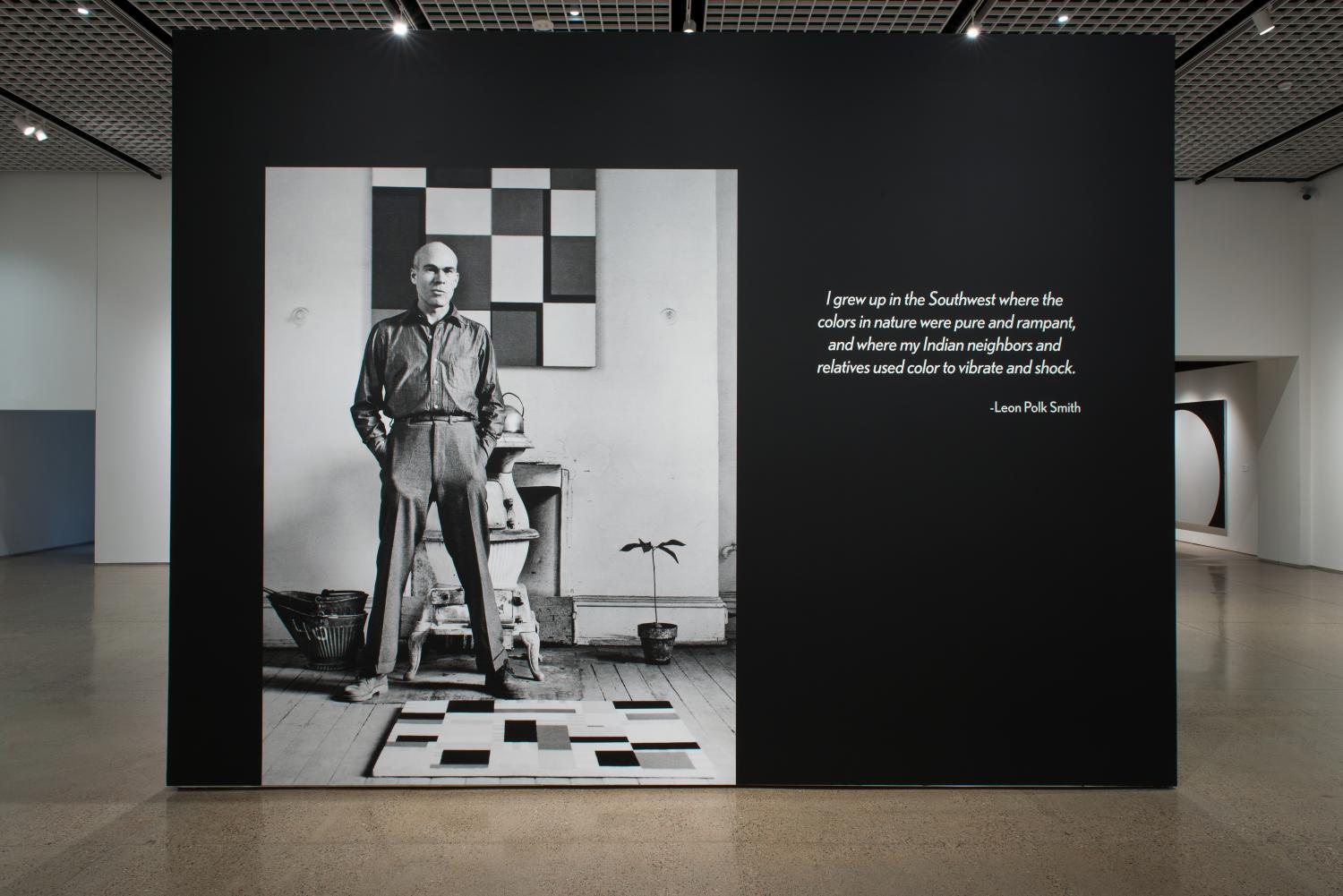 The Heard Museum
The Leon Polk Smith exhibition spotlights Leon Polk Smith, an artist who began his work in Oklahoma and was influenced by the Indigenous culture around him.

STEVE GOLDSTEIN: The Heard Museum is considered one of the premier places in the country to see exhibits related to Native American and Indigenous art and artists. Its current exhibition — a Heard original — focuses on Leon Polk Smith, a modernist who began his work in Oklahoma and was inspired and influenced by the culture he saw around him. He later brought that experience to New York City in the mid-20th century. Diana Pardue is curator for collections at the Heard and is with me to talk about  "Leon Polk Smith: Hiding in Plain Sight." So, Diana, why was Leon Polk Smith someone the museum wanted to showcase?

DIANA PARDUE: This exhibit really fits a series that we have been doing which looks at artwork in more of a global setting and looks at the intersection of art. This one is particularly exciting because it's an opportunity to look at a mid-century artist who grew up in a culturally rich environment. And from what we can tell in this exhibit, that environment really affected his artwork. And we draw parallels and try to show that to our visitors.

GOLDSTEIN: What should we know about him as a person? Where he grew up, what his influences were?

PARDUE: Well, Leon Polk Smith was born in Oklahoma when it was still Indian territory. He was born in 1906, and Oklahoma became a state in 1907. He was interested in education, and actually he graduated high school. During the Depression, he worked to help the family with finances. And then he went to college after the Depression. It was during college that he, as the story goes, he walked by the art studio at the college and for the first time became really interested in art. He taught for a few years. And then in the late 1930s, he went to graduate school at Columbia University in New York. And he really wanted to continue his art career. He worked in education off and on, and then in the 1940s, he fully dedicated himself and his work to art.

GOLDSTEIN: What was his style? Can you describe what his genre was? 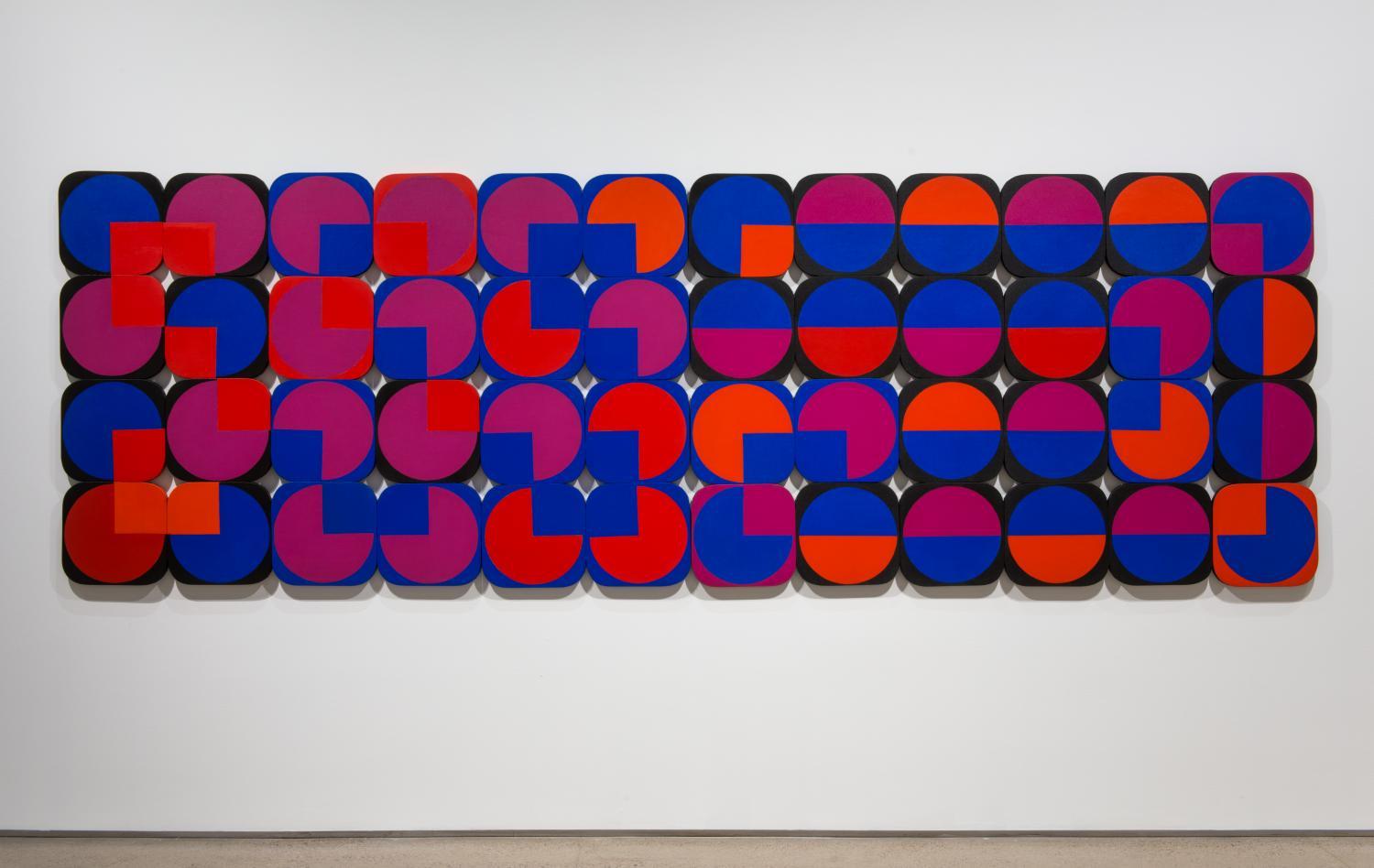 PARDUE: Well, he's one of the founders of the hard-edge art form, and it's an art style that uses geometric shapes and bold colors. Some of the works are quite large and very expansive. So his use of color, the geometric shapes — he even wrote on the backs of the canvases of some of the works, the height they should be positioned, the actual positioning of them. He would at times bolt canvases together to form these particular shapes and, and then would indicate how they should be positioned on the wall.

GOLDSTEIN: I'm always curious when, when it comes to curating something like this and just the way that, that the Heard, for example, would try to get it out to folks. Can you explain what "hiding in plain sight" means in this case?

PARDUE: One of the key topics is that these experiences in Oklahoma were not obvious to everyone. He never really — he would talk about his life and growing up if asked in an interview, but it wasn't something that he promoted. And so essentially those experiences of living in Oklahoma for a good 30 years of his life, in fact, we, we see that as something that — that's how we use the play on words.

GOLDSTEIN: And, Diana, this exhibit was an idea of the Heard Museum, and it's not something that is a touring exhibit or came from elsewhere, right? 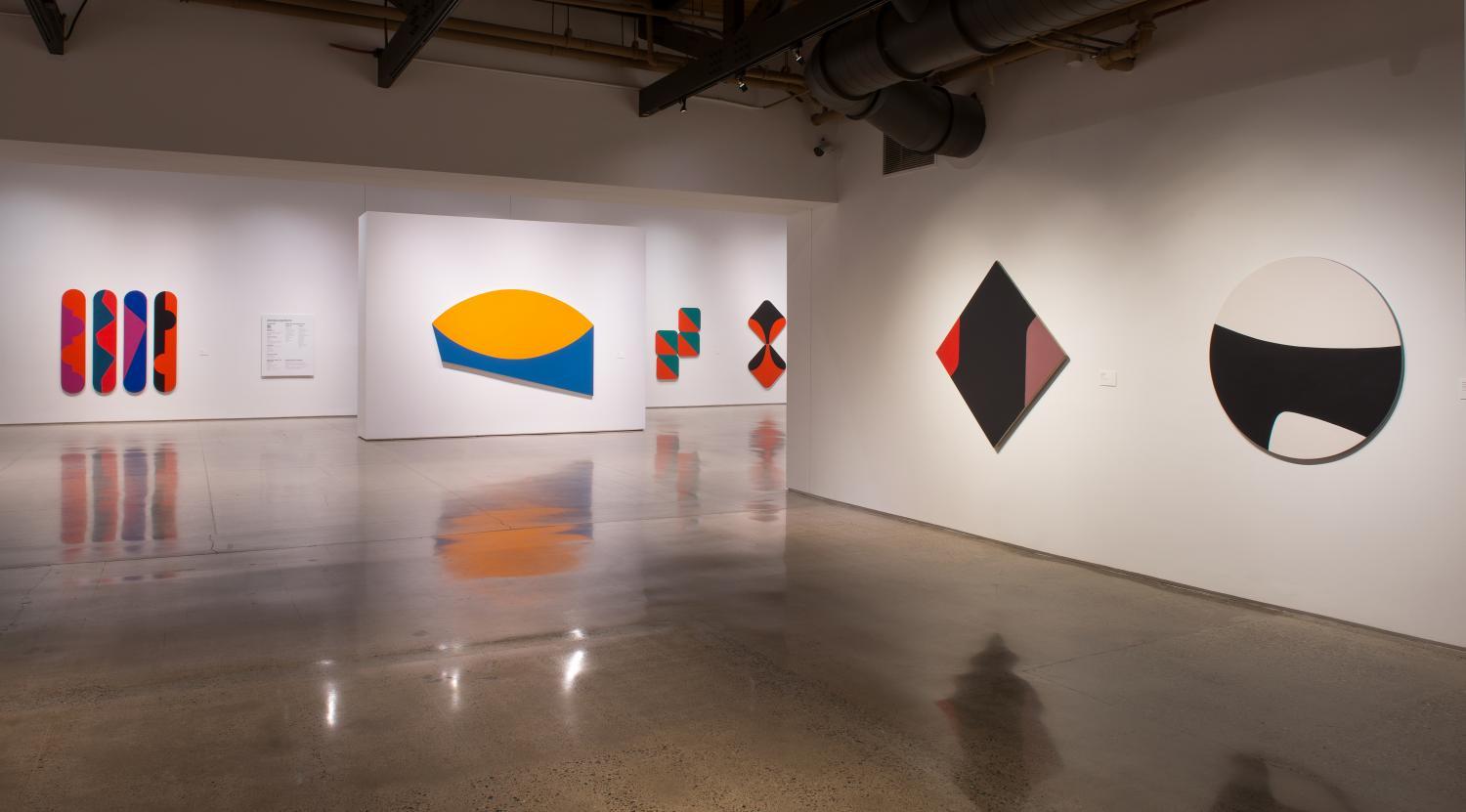 Heard Museum
Paintings by Leon Polk Smith on display at the Heard Museum.

PARDUE: We are the only venue that will have this exhibit. It continues through May. And then there are commitments for some of the paintings to go to other venues. Even though there was a pandemic and it was somewhat difficult to borrow works during this time, we were pleased that we acquired for the exhibition loans of important works from the Brooklyn Museum, from the Whitney Museum, from the Dallas Museum of Art and also from Oklahoma University Museum of Art.

GOLDSTEIN: Well, definitely sounds like a situation where you're excited to have this exhibit and actually even having fun with it.

PARDUE: You know, the fun thing about the exhibit is we show his very early works, which were representative and actually almost kind of surrealistic, one or two of them. And then we show this transition in the 1940s when he's looking at — he's beginning develop his style. One of the works is a tribute to [Piet] Mondrian and, and that shows the development of his style. But then he just begins to work in these really large formats and bold colors. And it's interesting to see that he stayed with that particular art style throughout his career after he began to develop it in the 1950s. And he was working even up to the last year of his life; one of the works in the exhibit is from 1996.

GOLDSTEIN: That is Diana Pardue; she is curator for collections at the Heard Museum. We've been talking about the newest exhibit, "Leon Polk Smith: Hiding in Plain Sight," which is open to attendees until May. Diana, thanks so much for the time today.