Will Spring 2021 Be Déjà Vu For Migrant Releases In Phoenix? 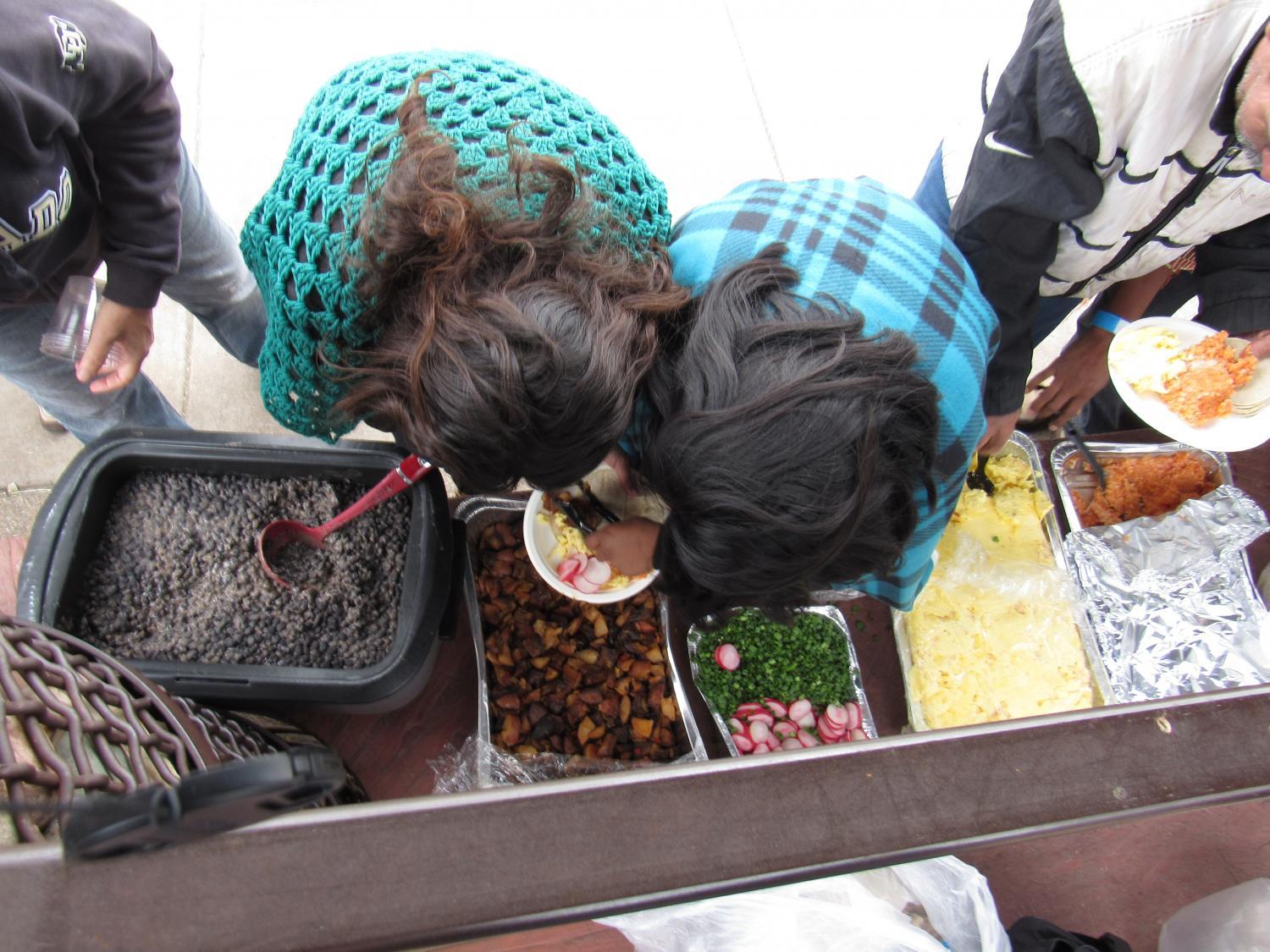 Matthew Casey/KJZZ
Newly released migrants get food from a buffet set up by aid workers on the bench of a city bus stop on March 8, 2019.

The sidewalk by the Phoenix Greyhound bus station is a noisy place where jets fly low to land at the airport, and the intersection gets lots of surface traffic.

Valley Metro stop No. 15917 on the southwest corner has a low red-stone bench, which was once used as a buffet table by to feed migrants dropped at the bus station by federal authorities.

The practice of releasing people at Greyhound had become common. But on March 8 2019, the company said people couldn’t wait inside the terminal without tickets to leave in a few hours.

Immigration and Customs Enforcement was then releasing an average of 200 people per day in Arizona. Metro Phoenix was an outlet for pressure on the southwest border enforcement system caused by a surge of mostly asylum-seeking families. There are signs a confluence of factors this year might mean a repeat for a local migrant hospitality effort made smaller by the pandemic.

Migrants on a street corner is exactly what aid groups hope to prevent in 2021. They’ll have to do it without a coalition that did a lot of work two years ago, at least to start. But they are getting help from Maricopa County to keep the pandemic at bay.

In October 2018, Pastor Magdalena Schwartz comforted a child headed from an ICE bus to dinner inside an East Valley church. Schwartz led a coalition of mostly Latino, evangelical churches helping migrants for months before the key moment at the Greyhound station.

“If the churches in that time (didn’t) respond, we (were seeing) a lot of families in the street,” she said.

Schwartz said ICE recently called to ask how many in her old coalition could help migrants headed to live with a sponsor, likely in another state, as their court case goes forward.

Schwartz won't say no indefinitely. Things could change. But the pandemic has hurt the churches she works with. Safety means low capacity, if they’re even open. The work two years ago also required money for food, clothing, even bus tickets. Migrants could be here a week.

“And we used our people’s houses in that time. Now with COVID, I don’t think people want to bring people to their house,” she said.

Aid groups concluded in March 2019 that they needed a shelter to deal with the volume of releases. With minimal government help, it took until the end of the migration wave to get one opened. Since Feb. 1, though, there’s been a rise to roughly 50 new arrivals per day.

“Our top priority is avoiding a repeat of what happened in 2018 and 2019 where we had folks being released at the Greyhound bus station without service,” said Stanford Prescott community engagement coordinator for the International Rescue Committee in Arizona.

IRC partners with groups to run the shelter. New U.S. policy, conditions in Central America, asylum seekers kept in Mexico, and the traditional spring migration north could send a new wave of migrants through metro Phoenix.

“We are working to make sure that we have sufficient capacity to welcome an increased amount of asylum seekers,” said Prescott.

CBP Arizona
Central American Migrants who crossed the border near Yuma in tunnels under the border fence stand in line waiting for Border Patrol agents to process them on Jan. 14, 2019.

A total repeat of 2019 would also mean threats and harassment of aid workers by right-wing extremists. Churches sued and won a settlement.

“But it will take everybody working together to make that happen,” he said.

An example of this, he said, is Maricopa County supplying protective gear and rapid-result COVID-19 tests for migrants brought to the shelter. It’s paid for with federal money to help people and local governments during the pandemic.

“We’ve provided folding tables and chairs. Kind of the whole range of anything you would need to set up a testing site,” said Lee Ann Bohn, assistant county manager.

The shelter also has access to volunteers who can give the tests to migrants, and hotel rooms for those with positive results.

The county counted 35 migrants traveling alone, plus a few families, who isolated there in recent weeks.

“I don’t think we’re seeing a greater percent positivity necessarily in this population than the greater public,” said Bohn.

Federal funding expires at the end of the year. Migrant access to services could end sooner because the county is obligated to take care of local residents first, should there be a spike in cases.

“We just have to see what’s happening in our community with our community spread and make sure that we’re being communicative with all the partners in the event those rooms start to fill up,” said Bohn.

How many rooms migrants need depends on the course of the pandemic and whether it’s about to be 2019 all over again.