Barricades Turned Into Memorials For Women’s Day In Mexico 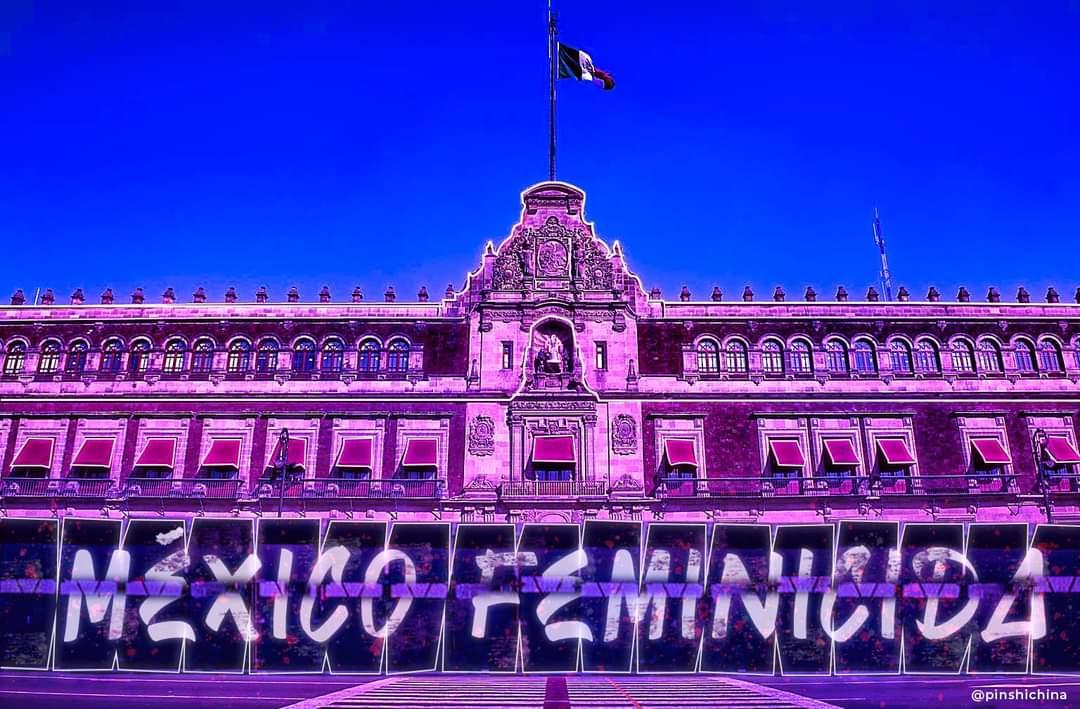 Melissa Álvarez
A digital intervention by Melissa Álvarez to Mexico's National Palace before the Women's Day Rally in Mexico City.

MEXICO CITY — In Mexico, violence against women, femicides and impunity against those crimes have sparked a large movement for women’s rights. And despite the pandemic, feminists organized to protest today on International Women’s Day.

Protesters used social media and — from their homes and cars — played speeches from mothers of murdered women and chants from previous rallies.

"Not one more woman shall be killed," says one of the chants, which was heard in protests across the country.

Some feminists placed the names of female crime victims, like journalist Miroslava Breach, on street signs.

Prior to the rally in Mexico City, President Andrés Manuel López Obrador and Mayor Claudia Sheinbaum — a woman from his Morena party — ordered historic buildings and monuments to be protected with barricades that they called “the walls of peace.”

But feminists called them “walls of shame” and quickly turned them into a memorial, placing flowers and writing the names of murdered and abused women on them.

Morena's Twitter account was reported to be briefly highjacked by feminists protesting against the president's actions and apparent disdain to the movement, as well as for the party's nomination of Félix Salgado Macedonio, a candidate running for governor accused of sexual abuse and harassment.

The protesters were able to rip off some segments of the barriers, but were repelled with tear gas by the police.

A video that went viral showed a group of women, including photojournalists, arbitrarily arrested in a subway station prior the demonstration.

According to official data, approximately 10 women are murdered every day in Mexico. 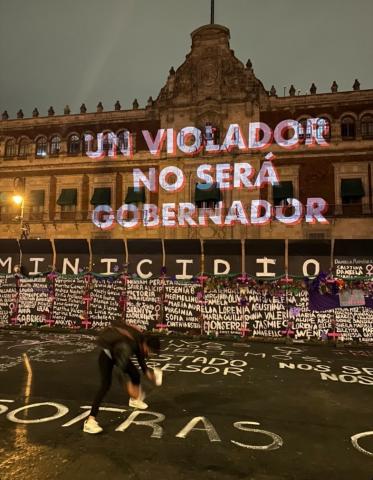 Sofía Margarita
Mexico's National Palace, home of the president, was protected with a barricade that feminists soon covered with the names of femicide victims, while projecting the phrase: "no rapist shall become governor."
PoliticsFronterasMexico Sonora