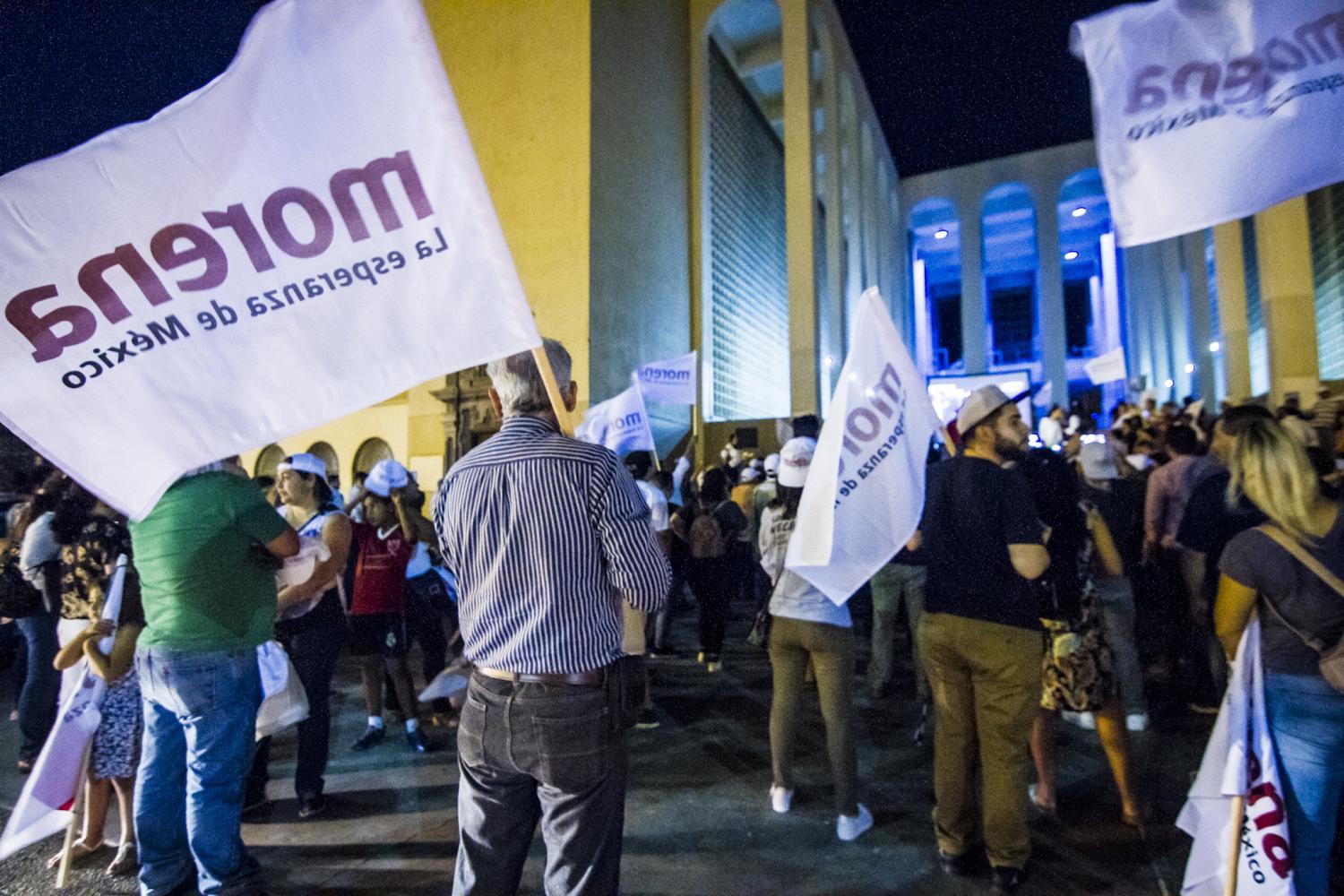 Murphy Woodhouse/KJZZ
A big crowd swarmed the Plaza Plaza Emiliana de Zubeldia near the University of Sonora campus in Hermosillo after the landslide victory of Andrés Manuel López Obrador on July 1, 2018.

MEXICO CITY — Mexico is among the countries offering free COVID-19 vaccines to its population, following its own protocols. But the process has also been politicized, and the president’s party might be penalized after using vaccinations as a political platform.

Morena is the Mexican president’s party, which was accused by opponents and citizens of using vaccination points for political purposes.

Morena brigades have collected voter-identification data from the people waiting in line to get the vaccine and have offered them social benefits and programs from the government.

After an investigation, Mexico’s National Electoral Institute ordered Morena to immediately abstain from using vaccination points for their campaigns.

By law, social programs are a citizen’s right and shall not be used by any political party. Personal data should not be collected, as well.

Mexico will hold elections in June, in which Morena could potentially become the ruling majority in Congress.