Ducey On Migrant Surge: 'Biden Has A Big Microphone And Needs To Use It' 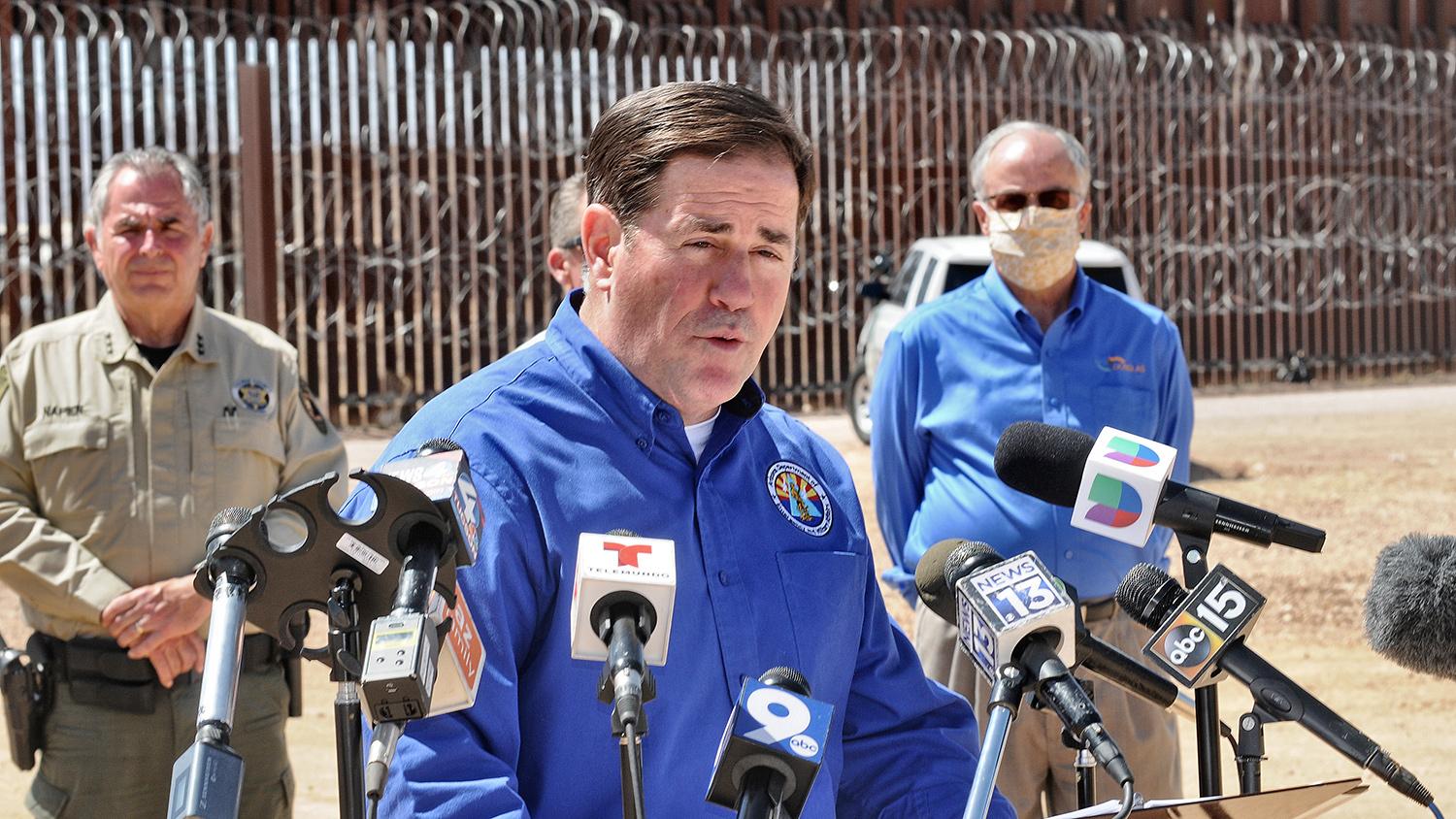 Howard Fischer/Capitol Media Services
Gov. Doug Ducey at a press conference in front of the border fence near Douglas in March 2021.

President Joe Biden is facing continued criticism following a surge of migrants at the Southwestern border and Gov. Doug Ducey was one of the latest to join calls to stem the tide.

In an interview with ABC News that aired Sunday, Ducey said Biden has reversed policies the Trump administration successfully implemented, and the proof is the numbers.

Last week, Biden told the same news outlet his message to migrants was, “Don’t come over.”

But that wasn’t good enough for Ducey, who said of Biden, “He certainly can communicate more often, more clearly and he should be talking to President [Andrés Manuel López] Obrador. He’s got a big microphone. He needs to use it appropriately.”

According to the Associated Press, “Border patrol officials have encountered more than 29,000 unaccompanied minors since Oct. 1. That’s nearly the same number of youths taken into custody for all of the previous budget year.”

The Biden White House has blamed the Trump administration the current situation.