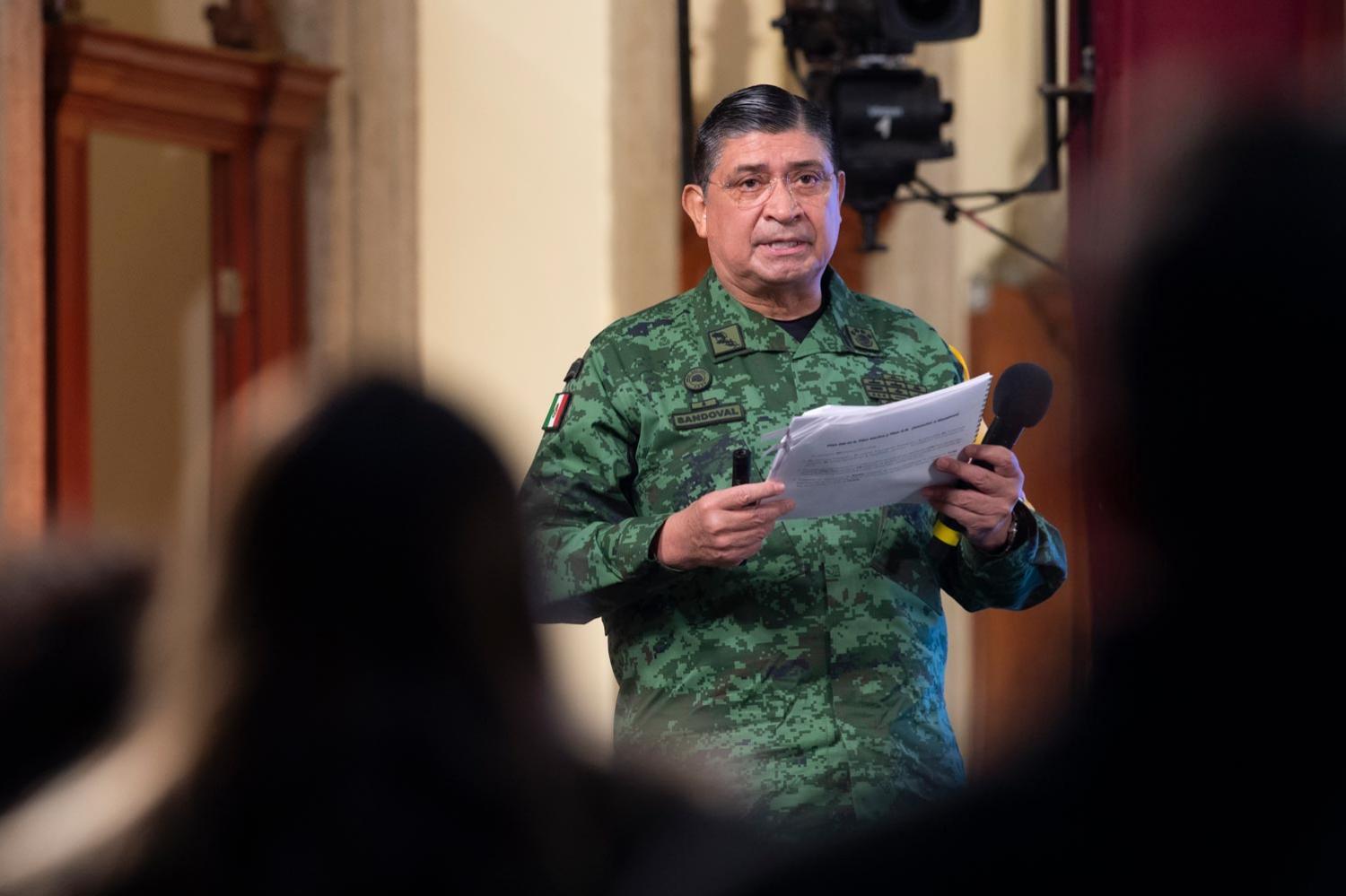 Office of the Mexican President
Luis Cresencio Sandoval is Mexico’s secretary of Defense.

MEXICO CITY — The U.S. government says the traffic of migrants coming from Central America toward the U.S.-Mexico border continues to intensify. And Mexico says it is strengthening its immigration operations across the country to confront the issue.

Luis Cresencio Sandoval is Mexico’s secretary of defense. He says 8,715 members of the armed forces have been deployed to deal with immigration, mainly at the borders.

Sandoval says nearly 13,000 migrants have been detained this month.

The Mexican government also implemented more restrictions on its border with Central America. Recreational trips toward Mexico have been prohibited, mainly due to the pandemic, and checkpoints have been put in place to detect underage migrants traveling alone to the U.S.