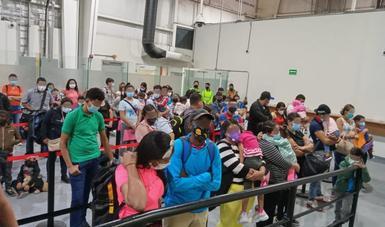 MEXICO CITY — Like the U.S., Mexico is reporting an influx of migrants coming from the south. And according to the Mexican government, some of the migrants are now trying to use elaborate schemes to enter the country, including forged documents and commercial flights.

The Mexican government is investigating a scheme by which Central American migrants are using fake letters attributed to the United Nations’ High Commissioner for Refugees Office.

With the documents, migrants try to justify their travel through Mexico on their way to the U.S. border. Some migrants reported that these documents were provided by so-called guides.

The authorities also identified 95 migrants pretending to be tourists on two domestic flights arriving at the international airport of Monterrey, Nuevo León’s capital.