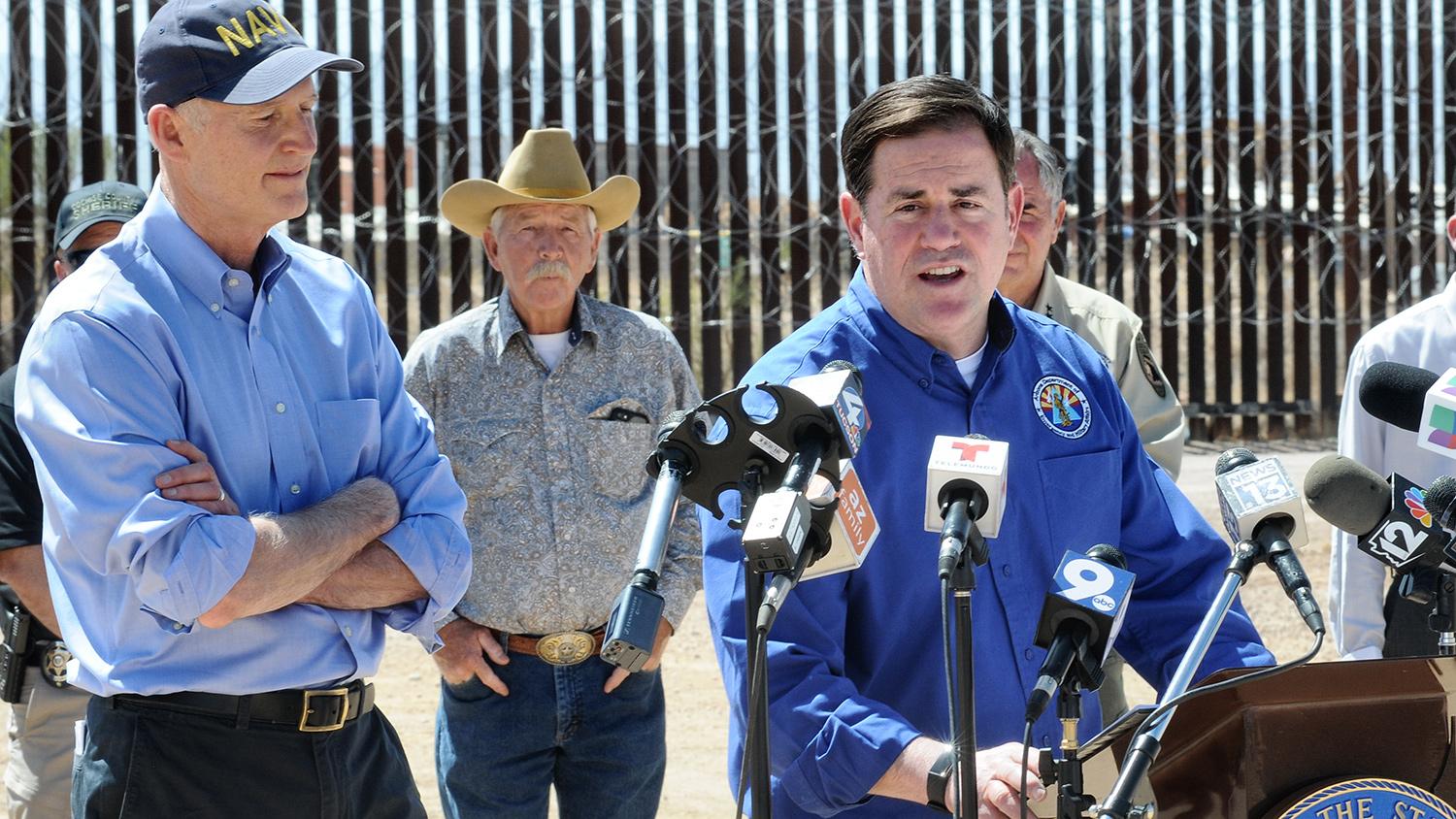 STEVE GOLDSTEIN: Pima County is finding itself where it's been several times over the past decade, providing shelter and aid to migrants that the federal government drops off at its doorstep. This time the federal government isn't dropping them off at the doorstep, though, but rather at the edge of its property. Some are being dropped off hours away. And here to discuss the shift in immigration policy is Michel Marizco from our Fronteras Desk in Tucson. Michel, good morning.

GOLDSTEIN: So set this up for us. Why are people being dropped off so far away from Tucson?

MARIZCO: So this is a dramatic shift from 2019. In 2019, Immigration and Customs Enforcement, also under Homeland Security, would simply drive asylum seekers over to some of the various migrant shelters that have opened their doors to these folks, including churches here in Tucson, in the city. This time, Customs and Border Protection has told Pima County that they have to drop people off within 35 miles of where they were apprehended. So this means some of those people are being apprehended in the most remote parts of Pima County and Yuma County and Pinal County, right? So right now, that means people are being dropped off in just absolutely remote towns on the very outskirts of the county.

GOLDSTEIN: Now, as it has with pretty much everything in our lives, COVID-19 is obviously weighing on every decision to bring people together, especially in these shelters — people are close together. Has the virus appeared among those that Pima County has already taken in?

MARIZCO: Yes, it has. So just very recently, the Border Patrol had released a grandmother who was COVID-19 positive. She had a blood pressure of about 68 when she was dropped off along with her daughter and her granddaughter. All three of them were positive for COVID-19, and grandmother actually is still hospitalized here in an ICU in Tucson. So Pima County had noted yesterday that CBP officials, agents are not testing unless there's very clear symptoms, but this one seems to have gotten passed them.

GOLDSTEIN: Yeah. Let's go to a big picture question that you've been covering this for so long. You mentioned 2019. How many times — for a lot of this is deja vu in some ways — that the U.S. government continues to implement these types of emergency policies on the border. How many times are we going to keep seeing this? Is this just set in stone that this is what they decide? For better or worse? That's what they're going to do.

MARIZCO: I'm going to go way back here. I'm really going to age myself: George Bush. And I specifically remember 2004, he had come out to announce that the borders were broken, in his words, and that there was time for a guest worker program. And that spring, there was a surge of mostly Mexican migration toward the U.S. At that point, everybody blamed George Bush for his guest worker for pronouncements. It never went anywhere. It never saw the light of day in terms of a bill. And it was literally a live TV sort of opportunity for the president. And people were blaming the president then. The Border Patrol was unprepared. Moving forward — I'll skip ahead 10 years, 2014. President Obama unprepared for the migrant surge of children at that point. 2016, again. 2018, again. 2019, 2021. So this is at least — at this point, I would safely say every single president since I started covering the border is surprised at some points in their terms about a spring spike in numbers of people trying to come up. And it's always a shock to everybody. And I'm never really sure why.

MARIZCO: So yesterday here in Tucson, while he was down here to tout the vaccine programs that the U of A and the state have been implementing, he decided to strike out at the Biden administration. So this is what he said:

DOUG DUCEY: At no point in her career has [Vice President Kamala Harris] given any indication that she considers the border a problem or a serious threat.

MARIZCO: It was it was fairly surprising because Ducey is going to have to work with Harris when it comes to involving matters of how homeland security continues dropping people off, for example. So at what point is Ducey going to approach the vice president and tell her then that she doesn't know what she's doing and that she doesn't actually care about these issues? It'll be very interesting. I will be watching very, very, very sharply how their first meeting post remarks goes.

GOLDSTEIN: And we will obviously be checking in with you then. That is KJZZ's Michel Marizco from the Fronteras desk in Tucson. Michel, thanks as always. Take care.