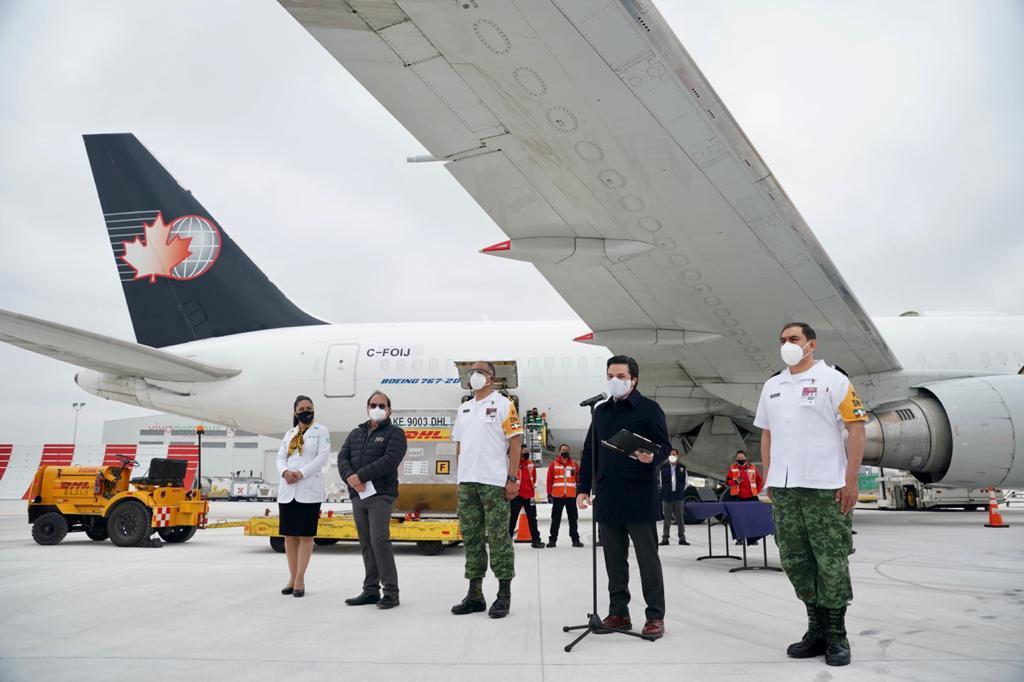 Mexican Secretary of Foreign Affairs
The arrival of thousands of COVID-19 vaccines to Mexico from the Pfizer-BioNTech labs in Belgium, via Cincinatti, on Jan. 19, 2021.

MEXICO CITY — Mexico’s COVID-19 vaccinations are lagging far behind the pace in the U.S. And a new problem has erupted: fake vaccines from the black market, which have already been provided to hundreds of people.

José Luis Alomía, Mexico’s director of epidemiology, said the shipment wasn’t authorized by the government, and that Russia, producer of Sputnik V, has no record of it.

The shipment was brought into Mexico by a textile company in the southern state of Campeche.

More than a thousand of these fake vaccines have already been injected among employees of the company, while investigations continue.

Mexico’s government has been criticized for its slow rate of vaccination, having provided just over 6 million doses so far to the country’s nearly 120 million inhabitants.