How Speech Therapy Helps Some Trans Women Adapt Their Voice 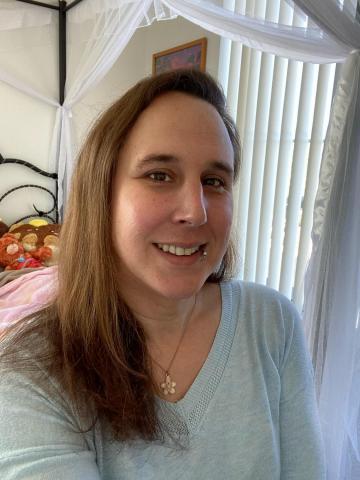 For some in the transgender community, adapting their voice to match their gender identity is a part of their transition.

Hormone replacement therapy helps many in the transgender community transition physically to reflect their gender identity. But speech-language pathologist Janet L. Hawley, from the University of Arizona, says voice can be a little harder to change for trans women.

“Hormones don’t affect voices for women, for trans women. For trans men, taking testosterone can in fact, at any point in one’s life, change the size of their vocal folds.” Hawley said.

Trans women can opt for vocal surgery, but Hawley and the Mayo Clinic say that comes with risks, including limiting vocal range. Attempts to raise pitch alone may also strain the voice. Victoria Fuller, a 41-year-old anthropology student at Arizona State University, did not want to risk it.

“I was abjectly terrified that if I pursued vocal training the wrong way, if I got the wrong sort of hints or something like that, I could damage my voice for a long time or permanently,” Fuller, who started medically transitioning two years ago, said.

So for about 17 weeks, in the fall of 2020, she met with Hawley over Zoom through the UA Speech, Language, and Hearing clinic.

“I wasn’t comfortable with the way my voice sounded to me and [how] I perceived it. And I didn’t feel like it presented who I was,” Fuller said.

Hawley, who typically works with trans women clients, says, scientifically, a feminine voice is about more than just pitch.

“There’s something called forward resonance where females tend to talk more in the front of their face, whereas males tend to talk back, sitting on their larynx. So we’re helping them sound more forward, a little more breathy,” Hawley said.

That breathy voice, she says, happens because typically women “don’t bring their vocal folds together quite so strongly and there’s a little area where air can slip through.”

“Even the words we choose are different for males and females, and how we communicate the topics we communicate about." Hawley says they help to develop "a lot of the nonverbals, the feminine mannerisms and, you know, head tilts, smiling eyes."

While Fuller’s sessions with Hawley are over, she plans to continue to develop her voice.

“Being able to work on my voice is just one more little bit in that whole puzzle that’s coming together to make me," Fuller said. 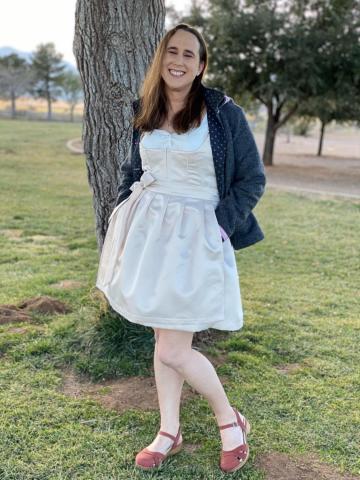