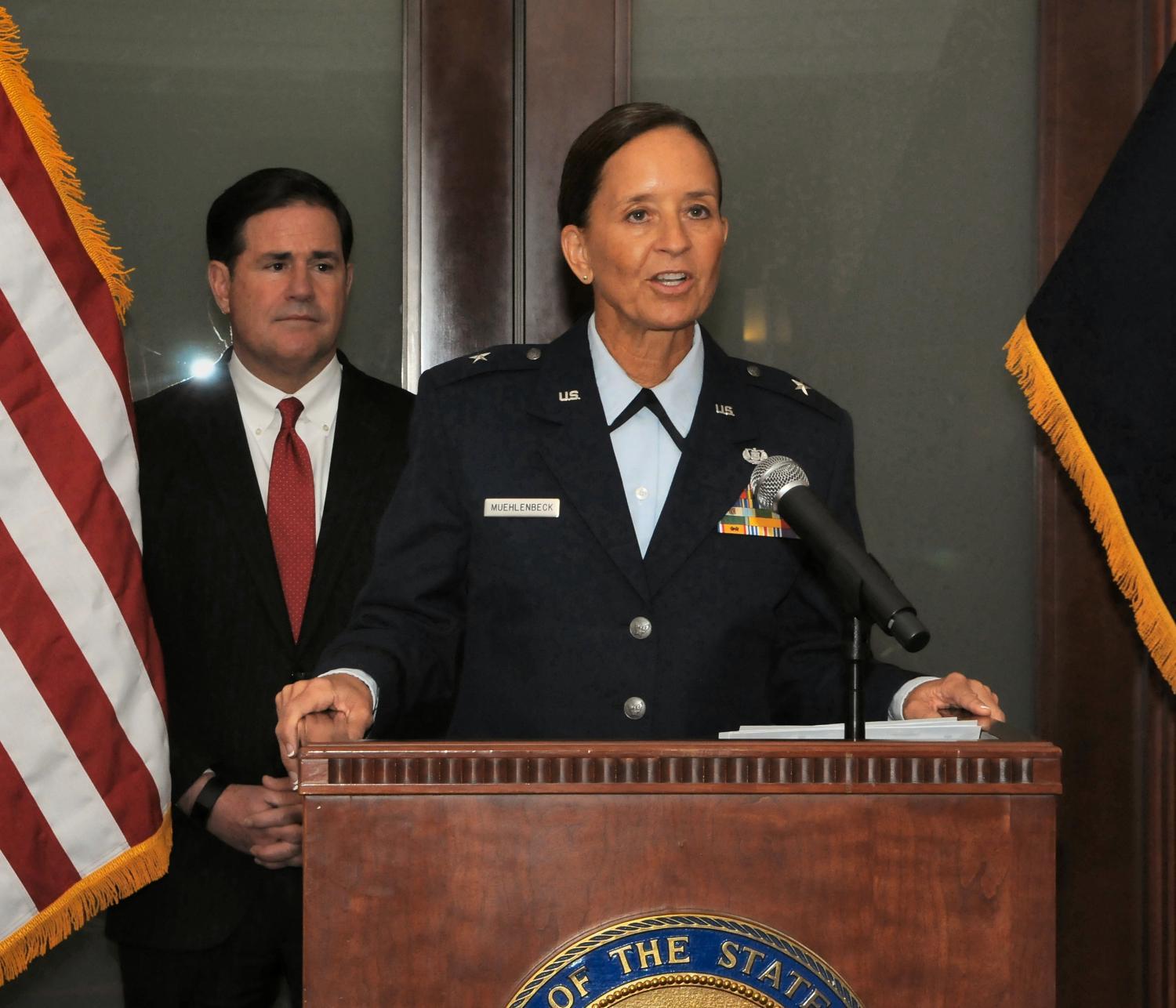 Gov. Ducey has appointed the first woman to lead Arizona’s National Guard, plus direct the state Department of Emergency and Military Affairs.

The Guard’s work has been critical during the pandemic. But the leader who oversaw missions like restocking grocery stores and vaccinating Arizonans is scheduled to retire April 10.

Taking over control of the Guard is Brig. Gen. Kerry Muehlenbeck, who was once an assistant military judge at Davis-Monthan Air Force Base in Tucson. Later she served decades in the state’s Air National Guard.

Muehlenbeck is a college professor who has taught justice courses at several universities. Her new job is her second directorship in state government.