Why Mexico Is A Potential Problem For Biden's Clean Energy Plans

President Joe Biden ends the first 100 days of his presidency next week, a traditional honeymoon period when presidents lay out the first big agenda items of their term. KJZZ reporters bring you a series looking at how decisions in those key points will affect Arizona. 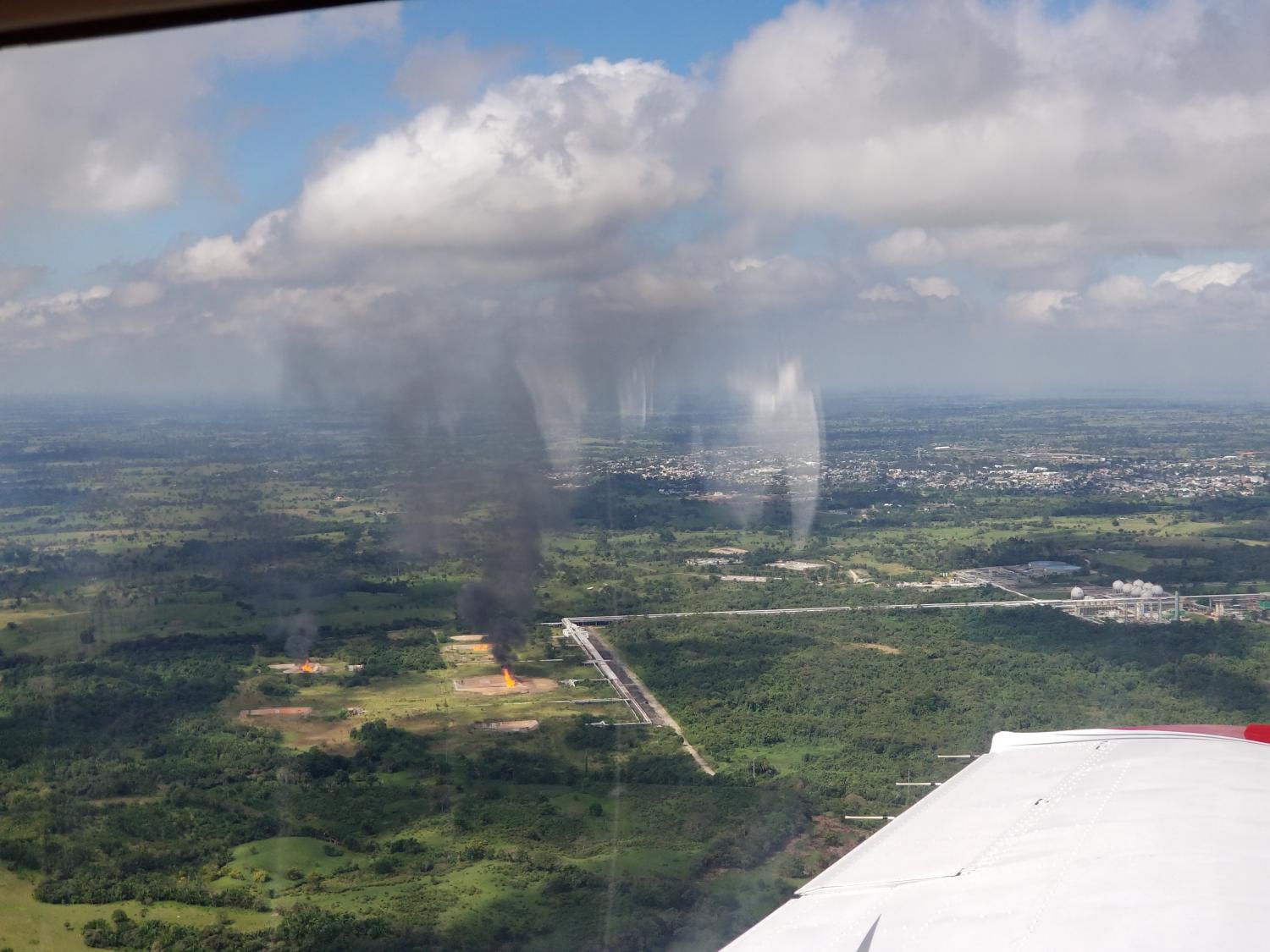 President Joe Biden wants U.S. energy policies to move toward greener alternatives — but his counterpart in Mexico, President Andrés Manuel López Obrador, is looking for the opposite.

The difference has already generated tension and concerns that could impact trade and investment. And Biden’s plans on clean energy might find some obstacles south of the border.

Mexico and the U.S. are neighbors and major business partners — end energy trade has become essential for the economy of both countries.

The U.S. Energy Information Administration’s latest report says energy trade in 2019 accounted for 13% of the value for all U.S. exports to Mexico and 4% of all U.S. imports from Mexico.

But energy has turned into a bone of contention between both nations — and a possible obstacle for Biden’s plans.

“Particularly on energy, the countries are just, under these two administrations, they’re moving in completely opposite directions,” said Erik Lee, executive director of an Arizona-based think tank called the North American Research Partnership. “Biden and president López Obrador have a lot of faith, I would say, in the power of the federal government to determine energy policy; they just go about it in very, very different ways." 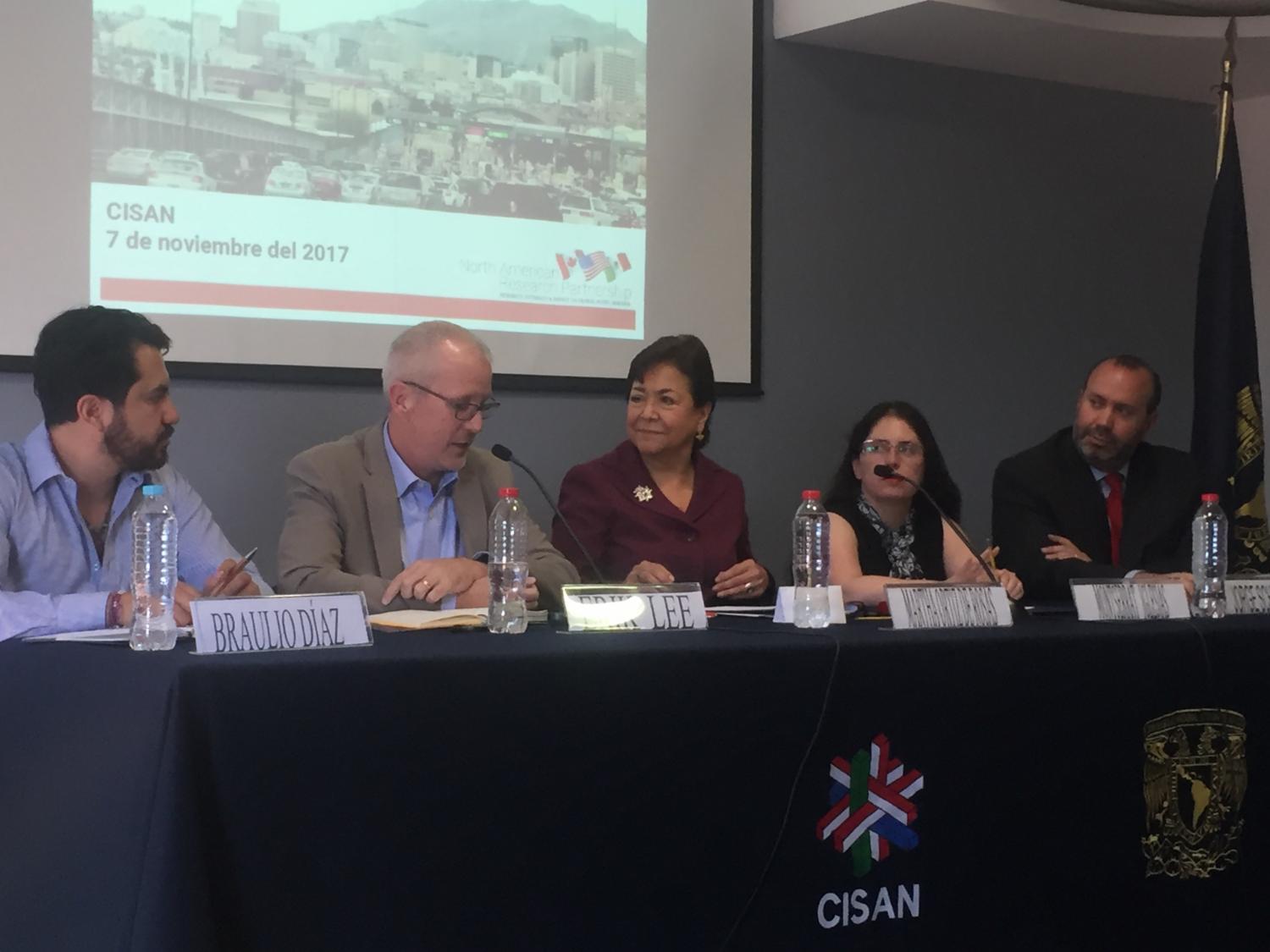 Erik Lee (second from right) from the North American Research Partnership was among the experts at the Centro de Investigaciones Sobre América del Norte at the National University of Mexico. Rodrigo Cervantes/KJZZ

The expert explained Biden committed to invest millions in green energy, reduce greenhouse emissions and build a path to transit from fossil fuels to renewables. But Mexican President Andrés Manuel López Obrador wants to strengthen his country’s oil industry — and make it independent from the U.S.

“U.S. companies refine a lot of Mexico’s heavy petroleum, and then it turns around and moves it back to Mexico, and this, you know, for an economic nationalist like president López Obrador, this is an intolerable situation,” Lee said.

Lee said López Obrador is looking back at energy nationalization, while Biden favors investment and regional integration. And Lee says the tug-of-war is just starting, with López Obrador holding to his vision as much as possible.

The Mexican president stated that foreign investors and Mexican companies are upset with the reforms because they would put an end to their abusive behavior charging more to the consumers while being subsidized.

But not everyone agrees with him, like the vice president of the Mexican Senate, Lupita Murgía. She said the laws would contradict the constitutional principles of promoting clean energy and free competition, while bringing penalties to Mexico from the affected trade agents.

The reforms were signed by the president, but in less than 24 hours, the Mexican Supreme Court suspended them, considering them a disturbance to the free market and a negative hit to the energy sector. 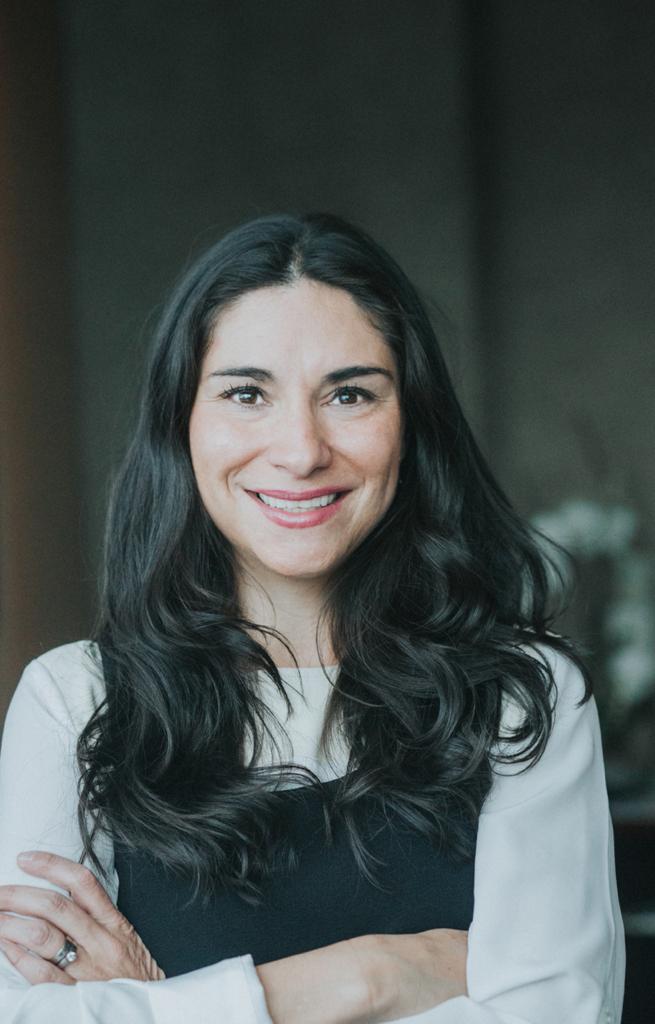 Ruth Guevara is CEO of Zumma Energy Consulting. She has worked on several projects after the electricity and oil markets in Mexico opened about a decade ago. She says one of the projects involved trying to build a power network between some Mexican and American states, including Sonora and Arizona. But that didn't work out.

“They both were cancelled with the actual administration in 2018,” Guevara said.

The analyst says the government didn’t see those projects — one of which used wind energy —  as a priority. She said Mexico was aligned to international regulations and agreements that favored projects similar to those on Biden’s energy agenda. But López Obrador wants to reverse them.

“During the past administration, 11,000 kilometers of pipelines were built, and these are mainly with the U.S.,” said Guevara.

Guevara said Mexico, Canada and the U.S. should be interconnected by energy as much as they already are by trade. She said Canada and the US are already fully integrated, but Mexico is not leveraging the competitive advantage that regional integration could bring.

“It’s very important for Mexico to continue with the development of the energy market and the exchange of the electricity and projects and investments with the U.S.”, said Guevara.

And Guevara said she would like to see a bilateral energy agenda move forward — not backward.