After 2 Weeks Of COVID-19 Checkpoints, San Carlos Hopes For Improvements 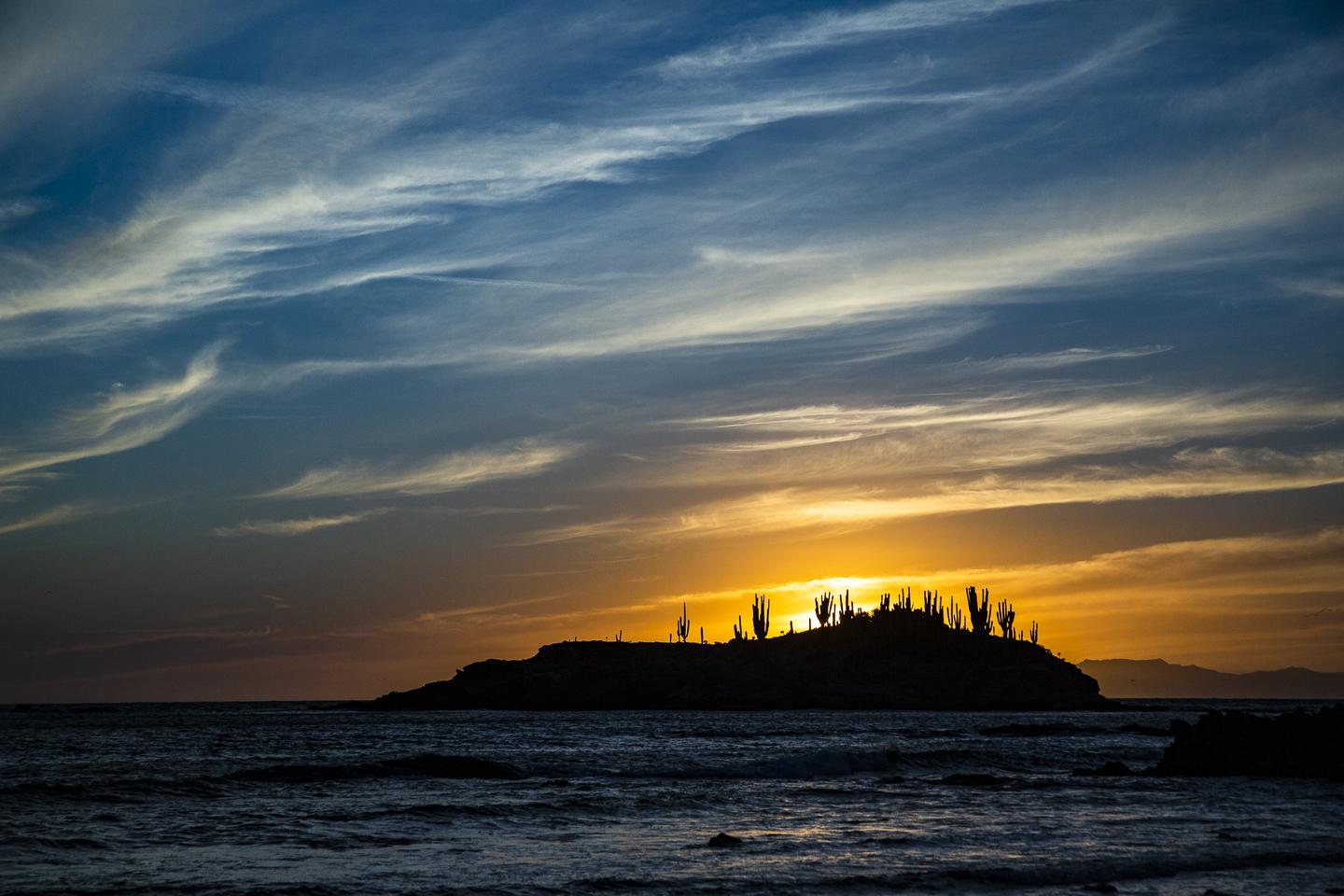 Murphy Woodhouse/KJZZ
Cacti are silhouetted on an island near San Carlos at sunset.

Visitors wanting to get to San Carlos, one of Sonora’s best-known beach destinations, had to show recent negative COVID-19 tests over the last two weeks. But that requirement ended Sunday.

It was in place to stave off a feared third wave, brought on by travel during Holy Week. In San Carlos, the measure led to long lines and cancellations, as well as complaints from the local tourism sector, for which this time of year is typically among the most important.

“There was a 40% decrease in sales,” said Ariel Gaspar, a representative for the local restaurant union.

But now he’s hopeful that things will improve and is expecting a decent summer season, especially when compared to the same period last year.