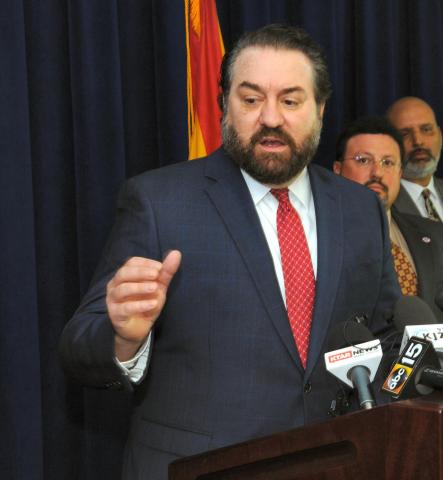 The filing asks the U.S. District Court for now to void decisions to halt border wall construction and the “Remain in Mexico” policy requiring asylum seekers to wait south of the border for while their claims are processed.

Customs and Border Protection and the other U.S. agencies named in the suit do not comment on pending litigation.

It's the latest example of how Brnovich and other conservative state officials are pushing back against Biden’s changes in the previous administration's hardline policies.

Brian Segee, senior attorney at the Center for Biological Diversity, called the lawsuit "political grandstanding and an insult to border communities, wildlife and wild lands.”

The center is among environmental groups that opposed the wall.

“If Arizona’s attorney general truly cared about the environment he would’ve sued the Trump administration for ignoring environmental laws and tried to stop these destructive walls from being built," Segee said.