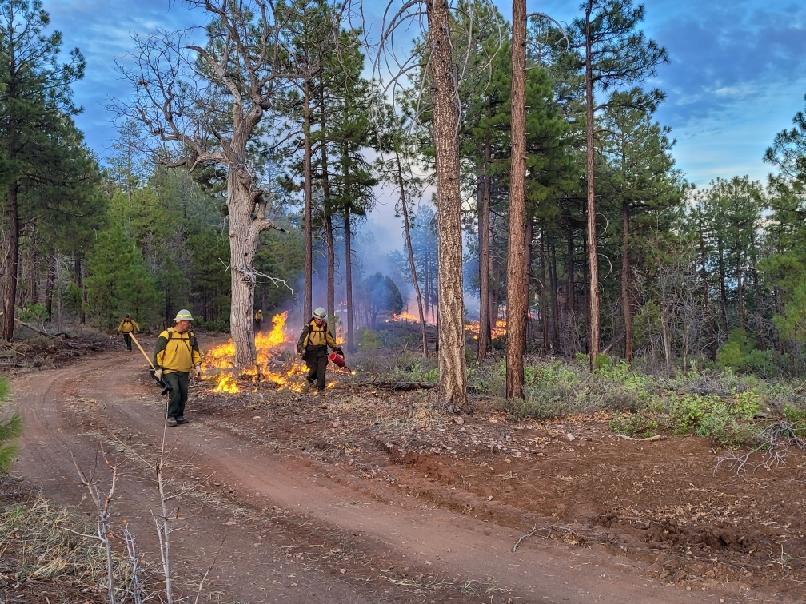 Firefighters are bracing for gusty winds Wednesday as they continue containment efforts on the G22 Fire burning about 10 miles northwest of Cibeque on White Mountain Apache tribal lands.

“It’s also on the old Rodeo-Chediski fire scar from 2001, so there’s a lot of dead, downed fuels. A lot of the trees that were burned in that fire way back then have fallen and are matchsticks all over the ground," Johnson said.

Johnson said teams are trying to protect tribal watersheds and heritage sites as well as wilderness and recreational areas.

The cause of the fire, which has burned just over 2,000 acres and is 21% contained, is under investigation.