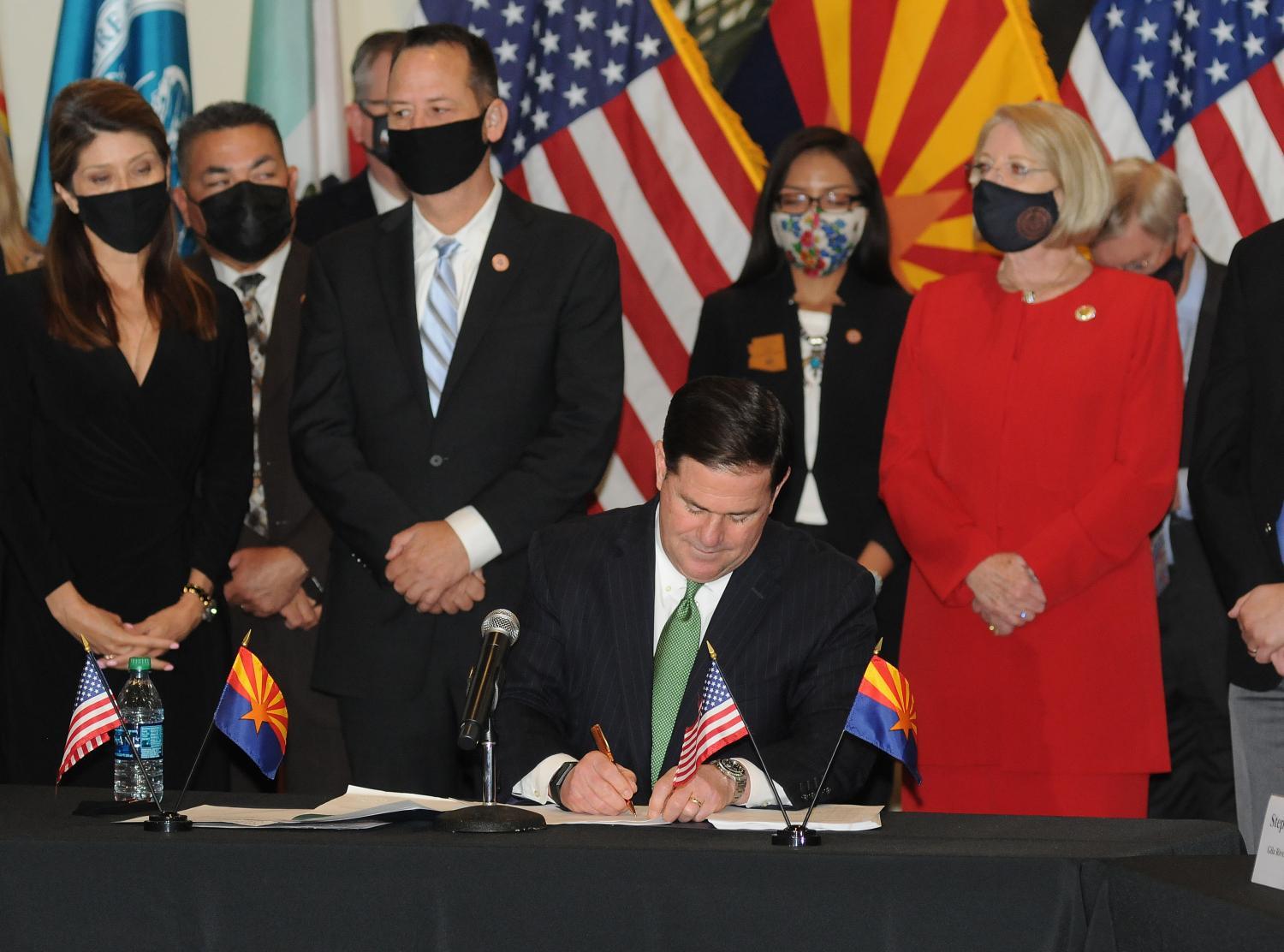 Howard Fischer/Capitol Media Services
Arizona Gov. Doug Ducey inks his approval to new compacts with tribes that allows them to expand the type and scope of gaming they can conduct on the reservation on April 15, 2021.

Arizona tribes are going to get at least four new casinos — and possibly more after another decade — along with more slot machines and more games of chance.

The compacts signed Thursday, by tribal leaders and Gov. Doug Ducey, will allow thousands of additional video gaming terminals at tribal casinos, and the addition of new games like craps and roulette.

The biggest change will be that tribes can take bets on college and professional sports.

Ducey says the compact amendments and legislation took some time to negotiate.

"During those five years and a looming expiration of the 2003 compacts the tribal nations sought certainty in order to plan for the future," Ducey said.

In the most recent fiscal year, the tribes had revenues of more than $2 billion and more than $100 million of that went to the state.

There are no estimates of how much that might increase with all the new forms of gaming and new casinos.

→ Why Moral Arguments Against Gambling Have Disappeared In Recent Years