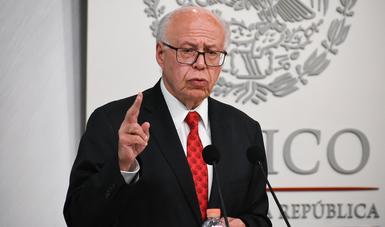 MEXICO CITY — According to data analysis from the Council of the Americas, only about 2.6% of the Mexican population has been fully vaccinated against COVID-19. And many experts consider that the slow progress of vaccinations in Mexico represent a failure of the government’s strategy to face the pandemic.

Dr. José Narro is Mexico’s former secretary of Health. He is part of a group of Mexican professionals accusing the government of going backwards and breaking its social justice commitments.

As a guest speaker from the University of Arizona, Narro said the Andrés Manuel López Obrador administration has politicized the pandemic.

The doctor said there’s an excess of COVID-19 deaths in Mexico that could have been avoided. According to official data, about 215,000 people have died in Mexico as a result of the pandemic.

Narro said Mexico has the capacity to provide millions of doses simultaneously, but changes in health strategies have led to a disordered and insufficient process.