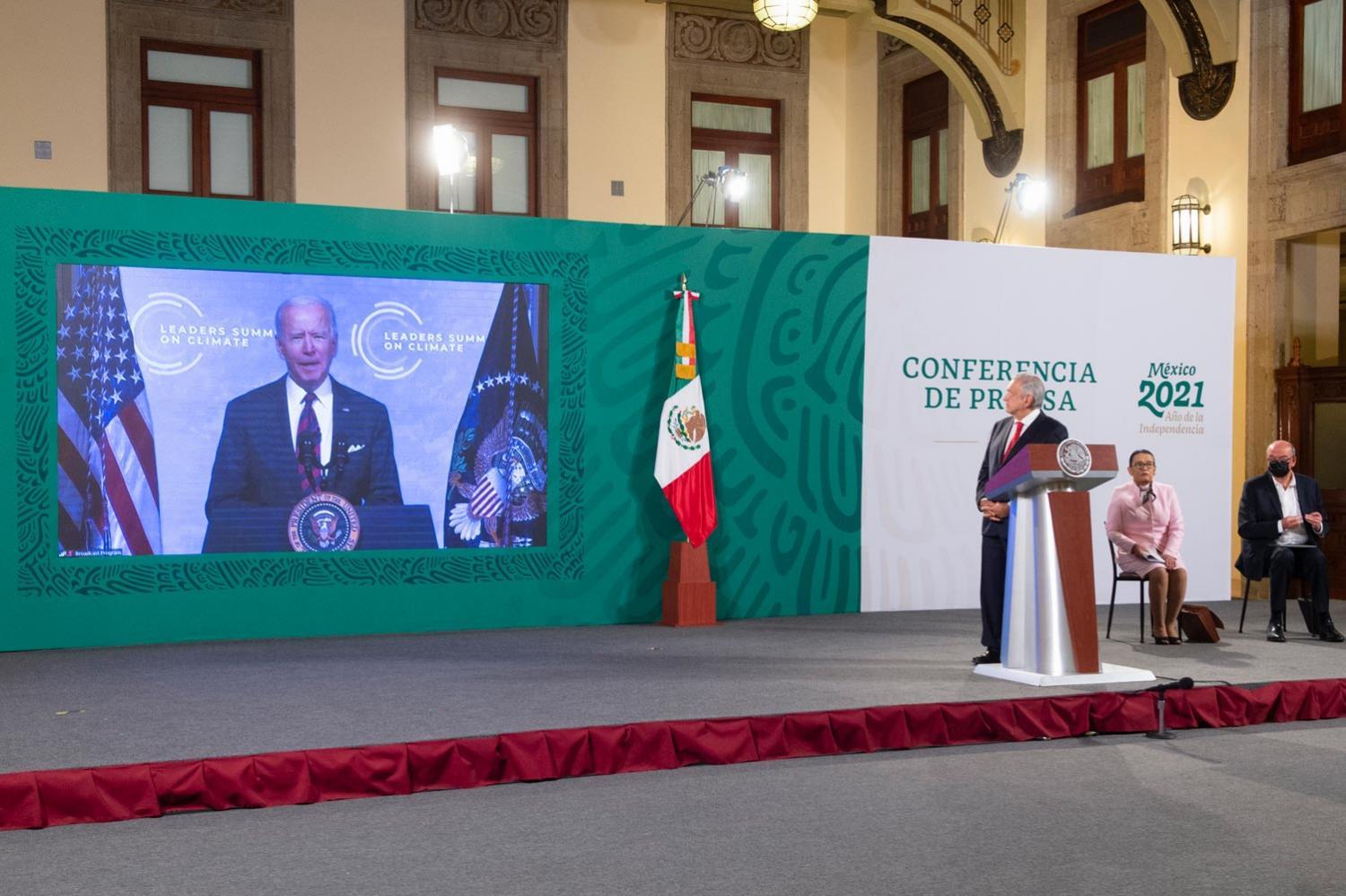 Office of the President of Mexico
Mexican President Andrés Manuel López Obrador listening to President Joe Biden's intervention at the Leaders Summit on Climate on April 22, 2021.

During his speech, President Andrés Manuel López Obrador boasted about his plans to renew hydroelectric stations and to refine oil in Mexico.

“You need to accept that the era of fossil fuels is over. We need a just transition to renewables worldwide,” Bastida said.

Mexico’s president also asked the U.S. to invest in his program for cultivating fruit and wood trees in southern Mexico and Central America, as well as to provide Visas and, eventually citizenship, to farmers in the project.

But according to media reports, members from the Biden administration say the proposal is not being considered, as reforestation and migration are two separate issues.