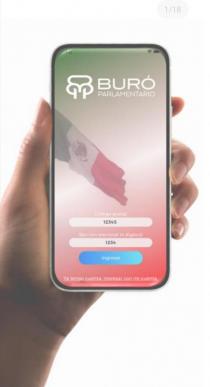 MEXICO CITY — In early June, Mexico will hold federal elections — the largest ones in its recent democratic history. With tens of thousands of candidates, one of the main concerns is to keep the electorate well informed.

More than 80,000 candidates are running for public offices in Mexico this year, from congress to mayors and governors.

Sergio Bárcena is a political science researcher and founder of Buró Parlamentario, a nonpartisan, nonprofit organization analyzing electoral data. They want to bring unbiased data to the voters.

“Recently, we have seen the highest levels of ideological and political polarization in the Mexican electorate,” Bárcena said.

To fight misinformation, his organization developed a social media app in which voters may compare candidates, check their background and interact with them.

Bárcena says these elections will be particularly relevant because the lower chamber’s majority is at stake.