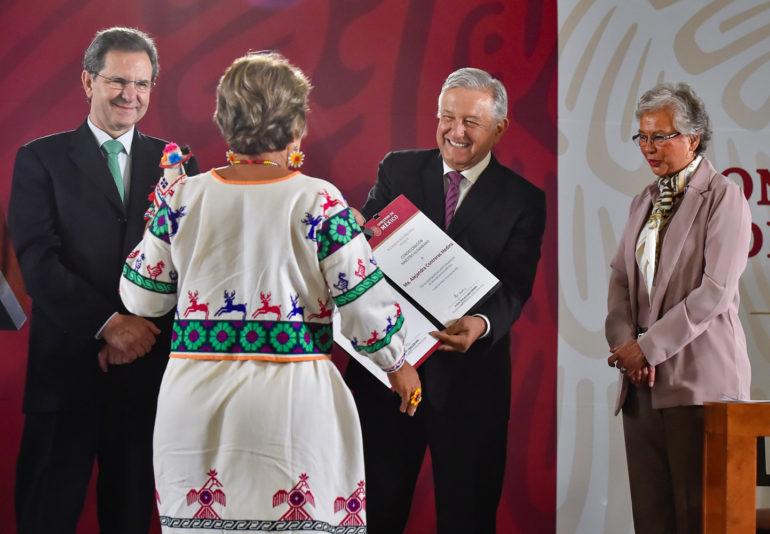 MEXICO CITY — President Joe Biden has ratified Mexico’s new ambassador in Washington. The ambassador has served as a public official for decades and many analysts consider him a close ally to Mexico’s President Andrés Manuel López Obrador.

He also served as mediator from the Mexican government with the Zapatista (EZLN) guerrilla.

Moctezuma has been a senator and was appointed in 2018 as education secretary by López Obrador. He promoted the "neutral uniform" rule that allows girls to wear pants to school and coordinated the distance learning program for the pandemic.

Moctezuma’s arrival to Washington comes after Martha Bárcena abruptly left the embassy because of alleged disagreements with the current administration.

Last week, Moctezuma met with Juan González, senior director for the Western Hemisphere at the White House, to discuss migration and vaccines.