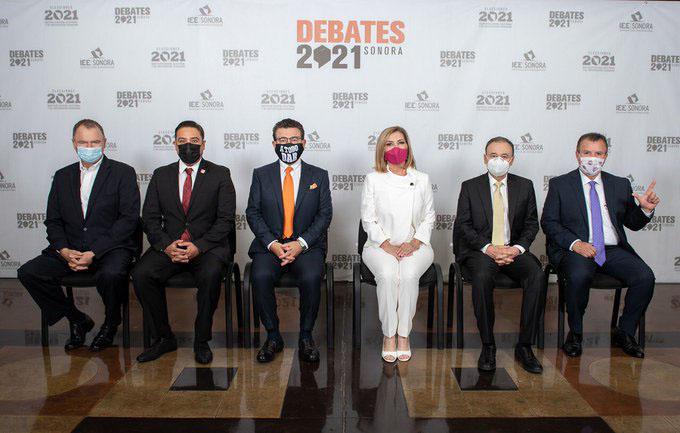 Candidates for governor in neighboring Sonora participated in the first debate this week ahead of Mexico’s June elections.

For the first time Tuesday, Sonora’s six candidates for governor faced off in a televised debate.

The five men and one woman running for the post were asked about a broad range of issues, including education, health care and security, as well as the state’s ongoing struggle to address severe water shortages heightened by current drought conditions.

Candidates discussed the need to look at water use in the agricultural and mining industries and investment in new infrastructure.

The two-hour debate was the first of two before Mexico’s June 6 elections.

In addition to governor, Sonoran voters will elect 33 state legislators and mayors in all 72 municipalities.