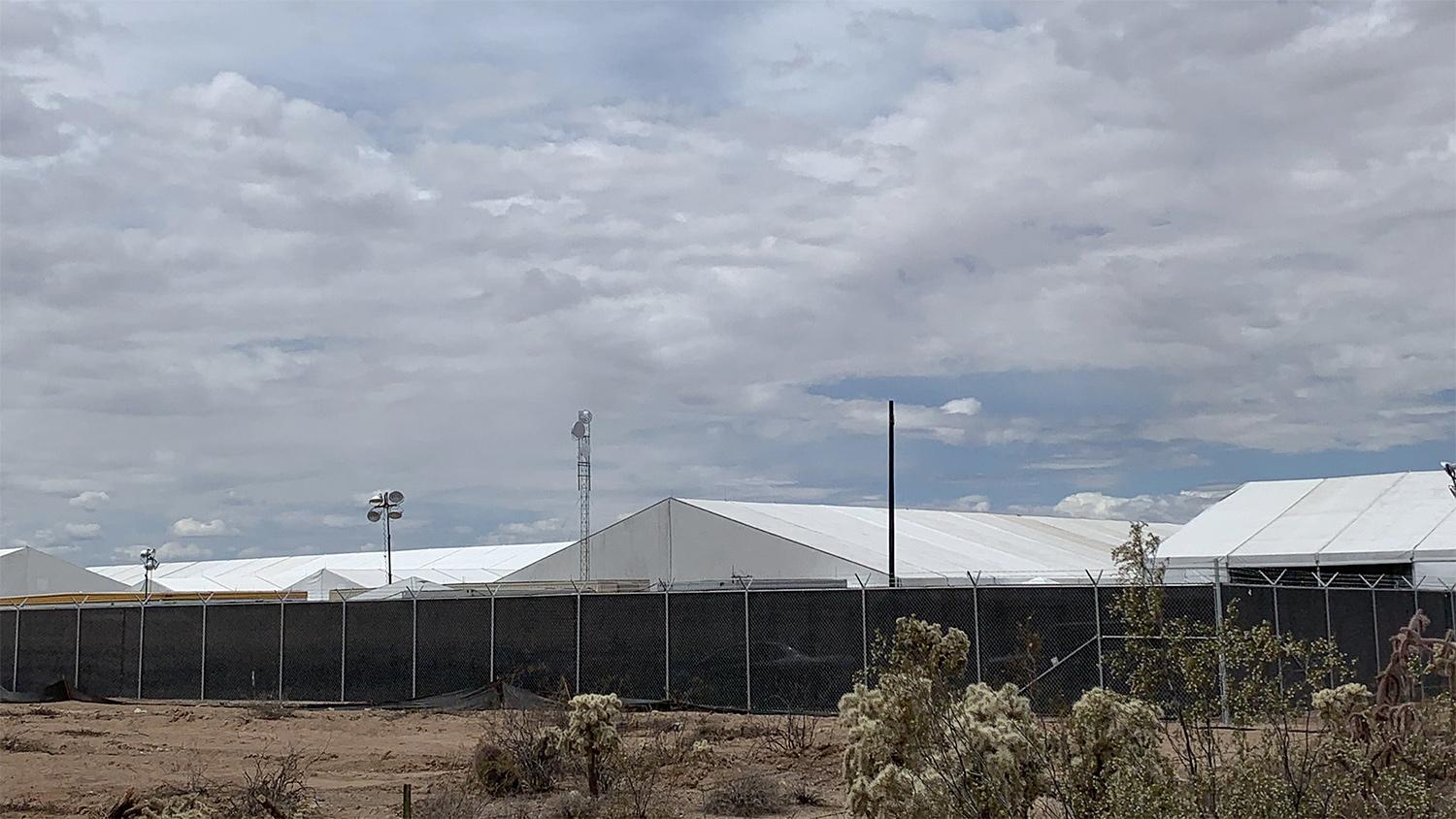 Alisa Reznick/AZPM
Border Patrol’s temporary tent facility just outside Tucson is set up to hold up to 500 migrants (which will be reduced for COVID-19) and could open as early as May 2021. This is the second facility of its kind to go up in Arizona.

A temporary tent facility that the Border Patrol will use to process asylum seekers arriving at the U.S.-Mexico border is ready for operation in Tucson.

After they’re taken into custody, migrants are usually processed at Border Patrol stations. But agent Robert Buschell said those facilities are not equipped to handle families or children.

"I think that this place just increases the capacity that we already have," Buschell said. "The workflow is the same; it's just a larger area for us to do that."

This facility includes a medical unit, housing pods, showers, a phone bank and laundry and recreational areas. Families and kids are only supposed to be held here for 72 hours.

"People forget the journey that people endure in order to get here," Molina said.

The 80,000 square foot facility has capacity to hold up to 500 people, though the agency says COVID-19 precautions will reduce that by about half. Border Patrol data shows almost 19,000 children were taken into custody last month, double the amount in February.