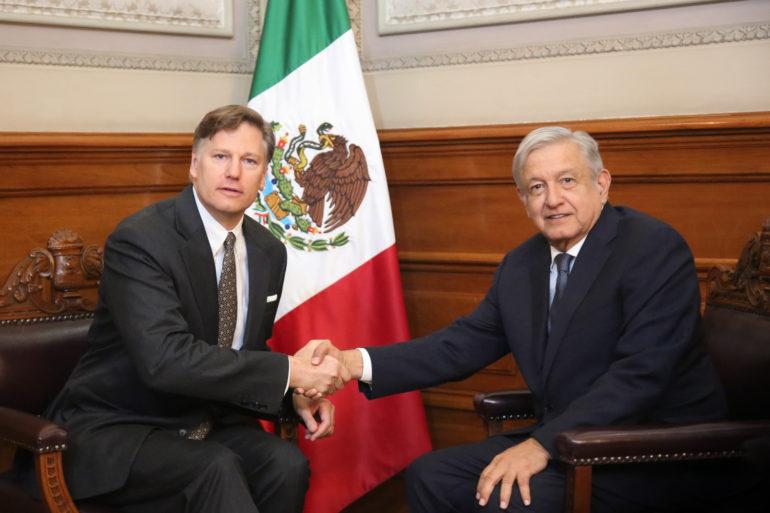 Office of the President of Mexico
U.S. Ambassador in Mexico Christopher Landau and Mexican President Andrés Manuel López Obrador in 2019.

MEXICO CITY — In an online public meeting, the U.S. ambassador in Mexico during the Trump administration, Christopher Landau, criticized the Mexican president’s lack of actions against drug cartels.

Landau criticized AMLO for not showing a strong arm to face cartel attacks, including his decision to arrest and soon after release the son of the drug lord Joaquín “El Chapo” Guzmán.

“AMLO is very insistent on trying to avoid that kind of conflict,” Landau said.

Landau said he tried to stop illegal traffic of U.S. weapons into Mexico, but AMLO rejected Trump’s offer to bring down the cartels on Mexican soil.

Mexico’s president responded that cartel violence will end with his fight against corruption. He said his government has a humanist approach, unlike Landau’s massacre-driven views.