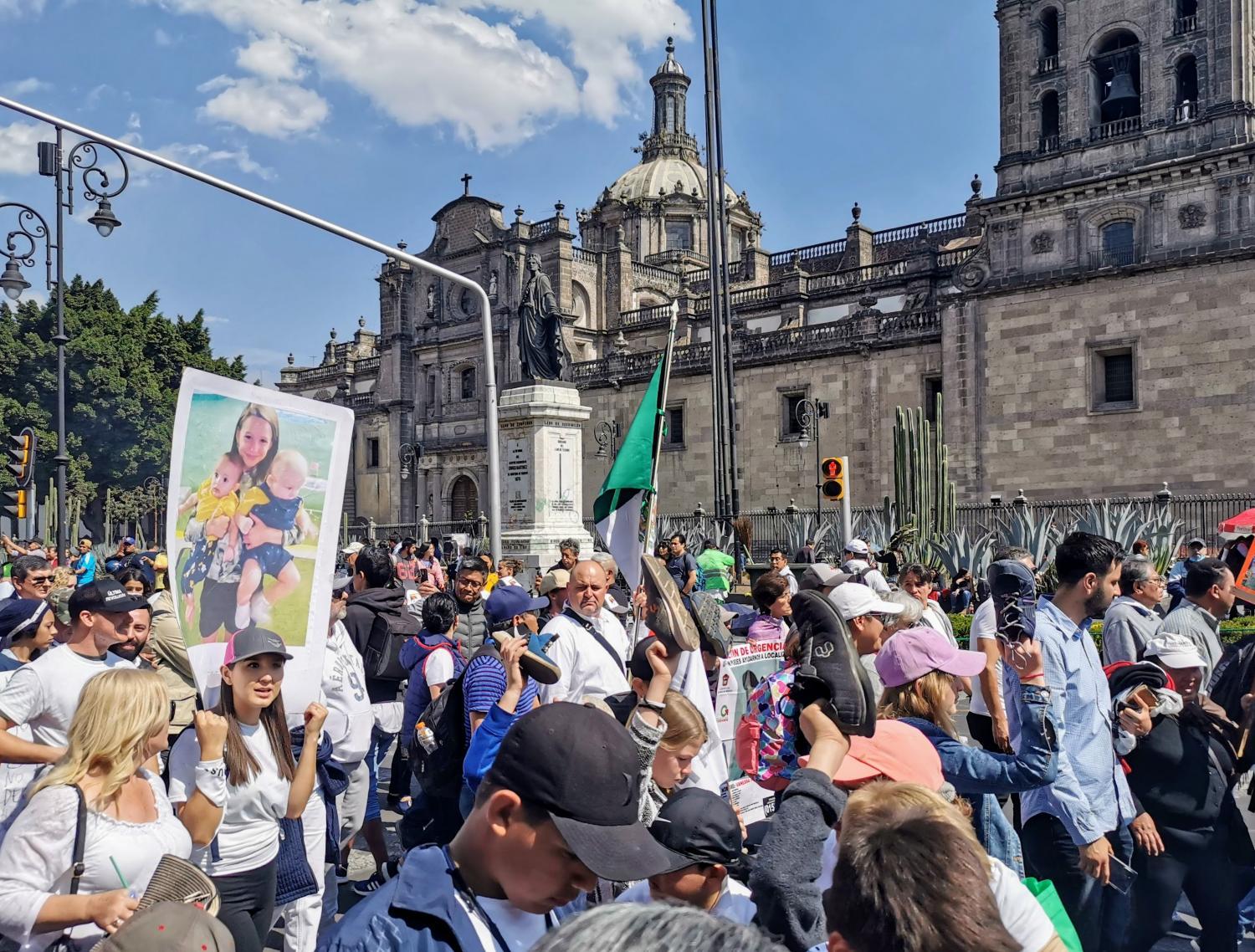 Rodrigo Cervantes/KJZZ
Led by the LeBarón family, hundreds gathered in Mexico City's downtown to protest against violence on Jan. 26, 2020.

MEXICO CITY — A new conflict has erupted between the governments of the Mexican border states of Sonora and Chihuahua and the LeBaróns, the community near the U.S. border where nine women and children were attacked and murdered in 2019.

Members from the LeBarón family have accused Chihuahua’s governor, Javier Corral, of protecting organized crime and held rallies against him.

Bryan LeBarón threw his shoe at a meeting of Chihuahua authorities, saying it’s his way to protest in the name of the victims of the massacre. A surviving girl from the crime escaped by running away wearing just one shoe.

Corral said some LeBaróns are despicably using their tragedy for political purposes and to hide accusations against them.

The governor said that Sonora, Chihuahua and the federal government are investigating members of the LeBarón family for illegal dispossession of land and water.