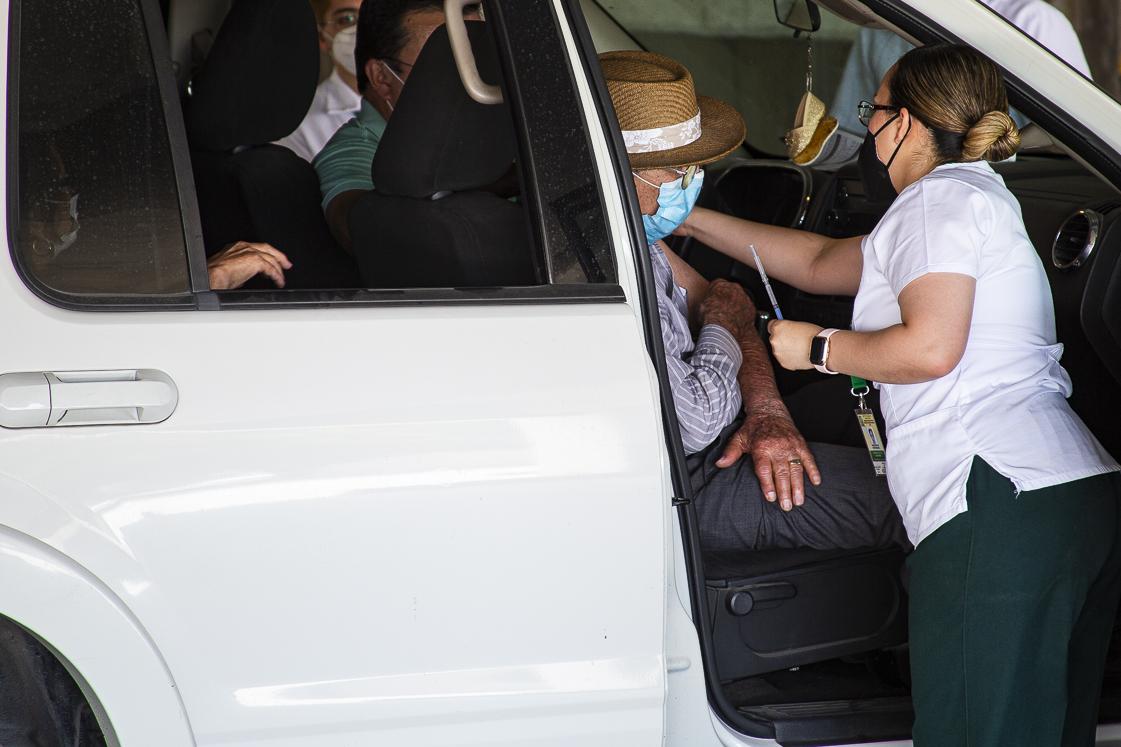 Murphy Woodhouse/KJZZ
An older Hermosillo resident gets his first dose of the coronavirus vaccine in early April.

Vaccinations in Mexico for those between the ages of 50 and 59 are set to begin soon.

Registration for that age range opened up last week, and the first day of inoculations is set to begin Tuesday, according to social media posts from the Sonoran office of the federal agency Bienestar.

So far, roughly 10 million 700 thousand Mexicans over the age of 60 - the first portion of the general population eligible - have received at least one dose, and little over half of them have received all necessary doses, according to recent comments from federal health officials.

Nearly 18 millions doses have been administered so far, which works out to a rate more than five times slower than the neighboring United States, where over 240 million doses have been given so far.