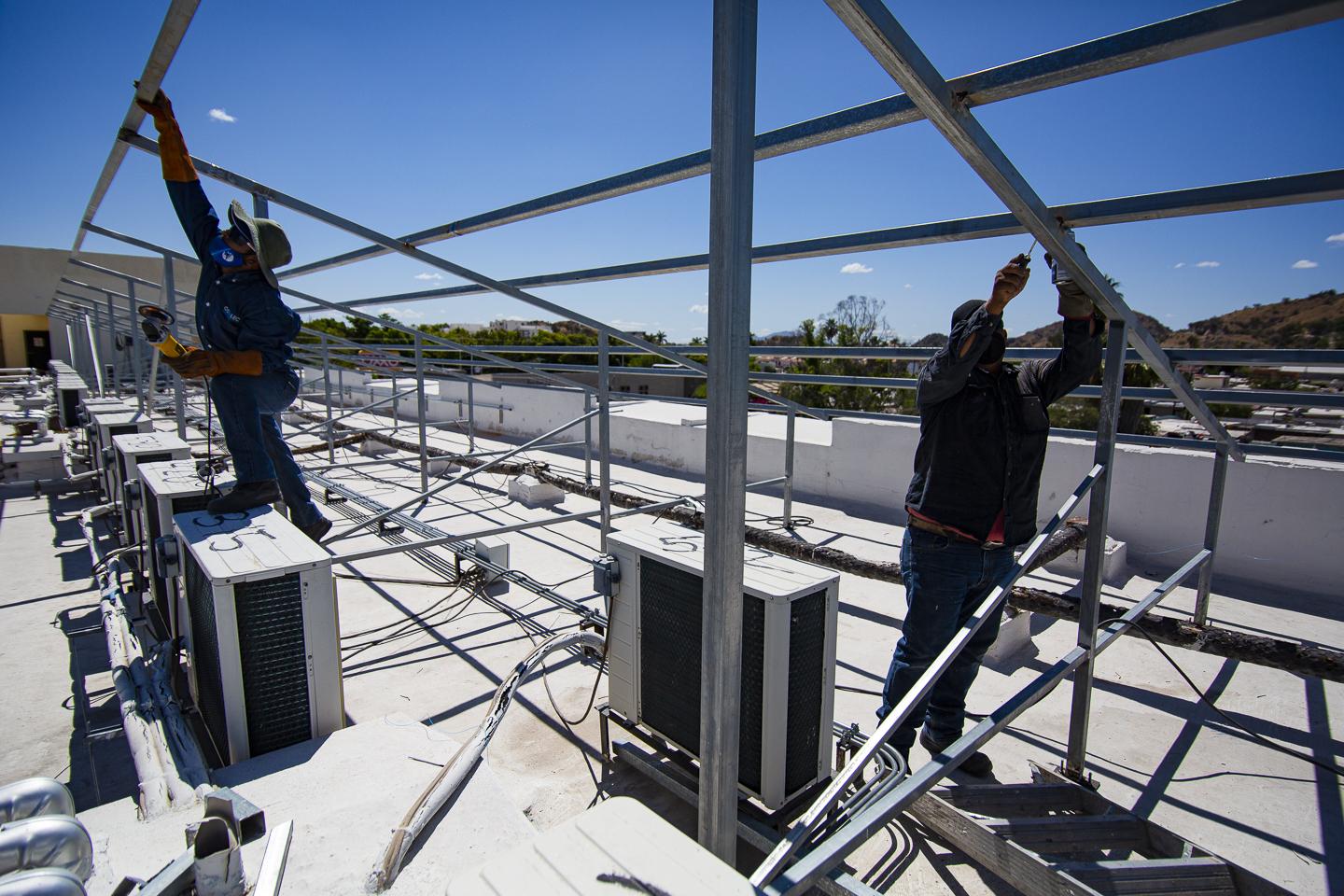 Noon was still well over an hour away, but the temperatures were already high on the roof of an Hermosillo Holiday Inn in late April.

A small crew was soldering, painting and grinding a large metal frame that will soon hold dozens of solar panels.

“Put up with it, and drink a lot of liquids,” said Gabriel Valenzuela, who works with the Sonoran solar company Osolec, when asked how he deals with Hermosillo’s brutal summer heat. “Because we’re on the roof, and there’s roof sealant, everything is reflected.”

When finished, the hotel will sport some 1,300 panels, which will provide around 60% of its energy, according to Osolec engineer Roberto Keith. 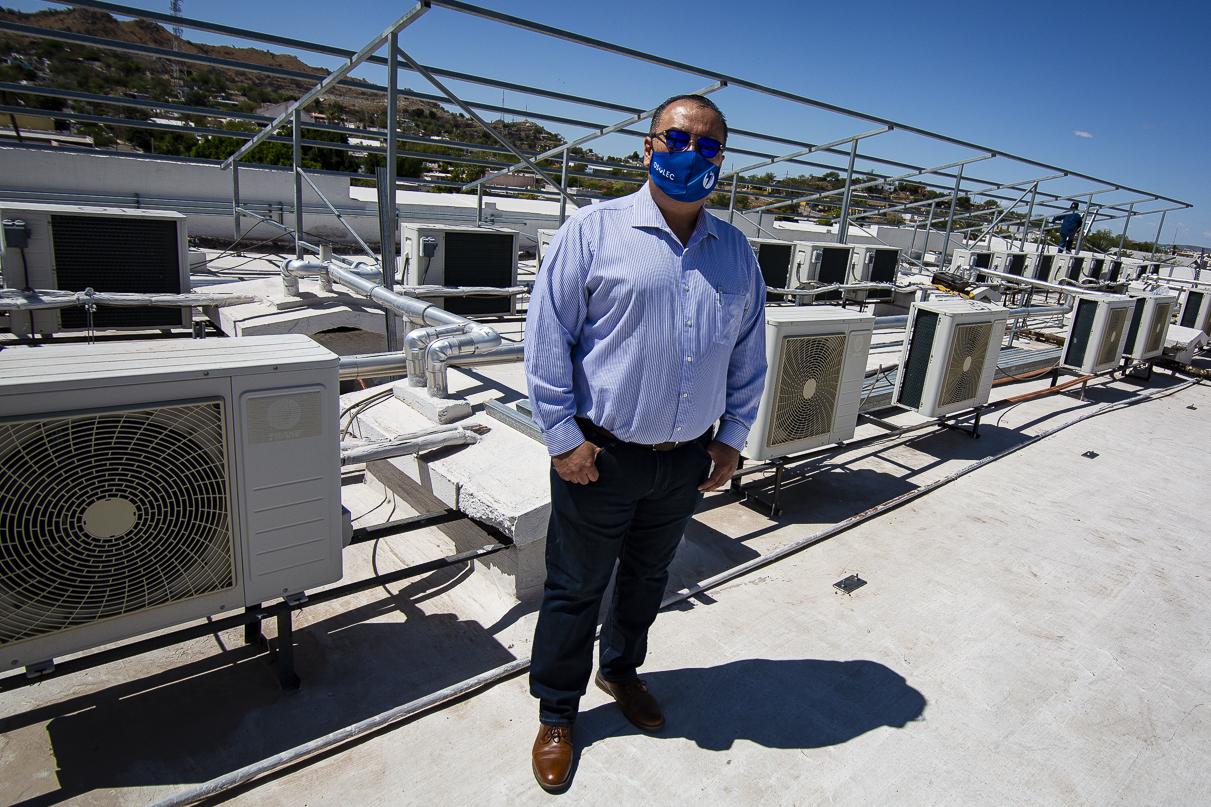 “We’re just about to do some even larger installations,” he said. “Many big projects are coming.”

But while things are looking bright for Osolec, the prospects for large, utility-scale projects in Sonora and Mexico are more complicated than ever.

“I always seem to be too optimistic because things seem to be even worse than predicted,” said Lisa Viscidi, an expert on Latin American energy issues with Inter-American Dialogue who recently authored a report on energy policy changes in Mexico.

Back in 2019, she told KJZZ that “near term prospects for solar development are still good,” though “the opportunity for really expanding on a larger scale and over a longer time period is now very much threatened.”

She was responding in part to the Mexican government’s decision earlier that year to cancel energy auctions that had been the primary pathway for large solar projects.

But earlier this year, Mexico’s Legislature approved a measure pushed by Mexican President Andrés Manuel López Obrador that would prioritize largely carbon-dependent generation by the National Electricity Commission, or CFE, over private renewable operators. Though it has since been suspended by a federal judge, this and other efforts sent a message.

“I think it couldn't be more clear that their preference is for CFE plants over private sector renewable energy,” Viscidi said, adding that “there's no question that most companies are aware of all the problems with the policies and are not going to take the risk of building a new plant in Mexico.”

And the CFE itself also hasn’t shown much interest in building its own solar facilities, according to Viscidi.

But he did say he’ll be a “highly committed promoter” of clean energy in the state, which he said has extraordinary potential for solar energy. If elected, he vowed to follow up on his former boss’ campaign promise to build a solar energy pilot project in Sonora.

However, the most recent CFE five-year business plan makes no mention of any many major new solar projects anywhere in the country, and only a vague reference to renewable projects in 2027. Almost all of the new planned projects are fueled by natural gas. 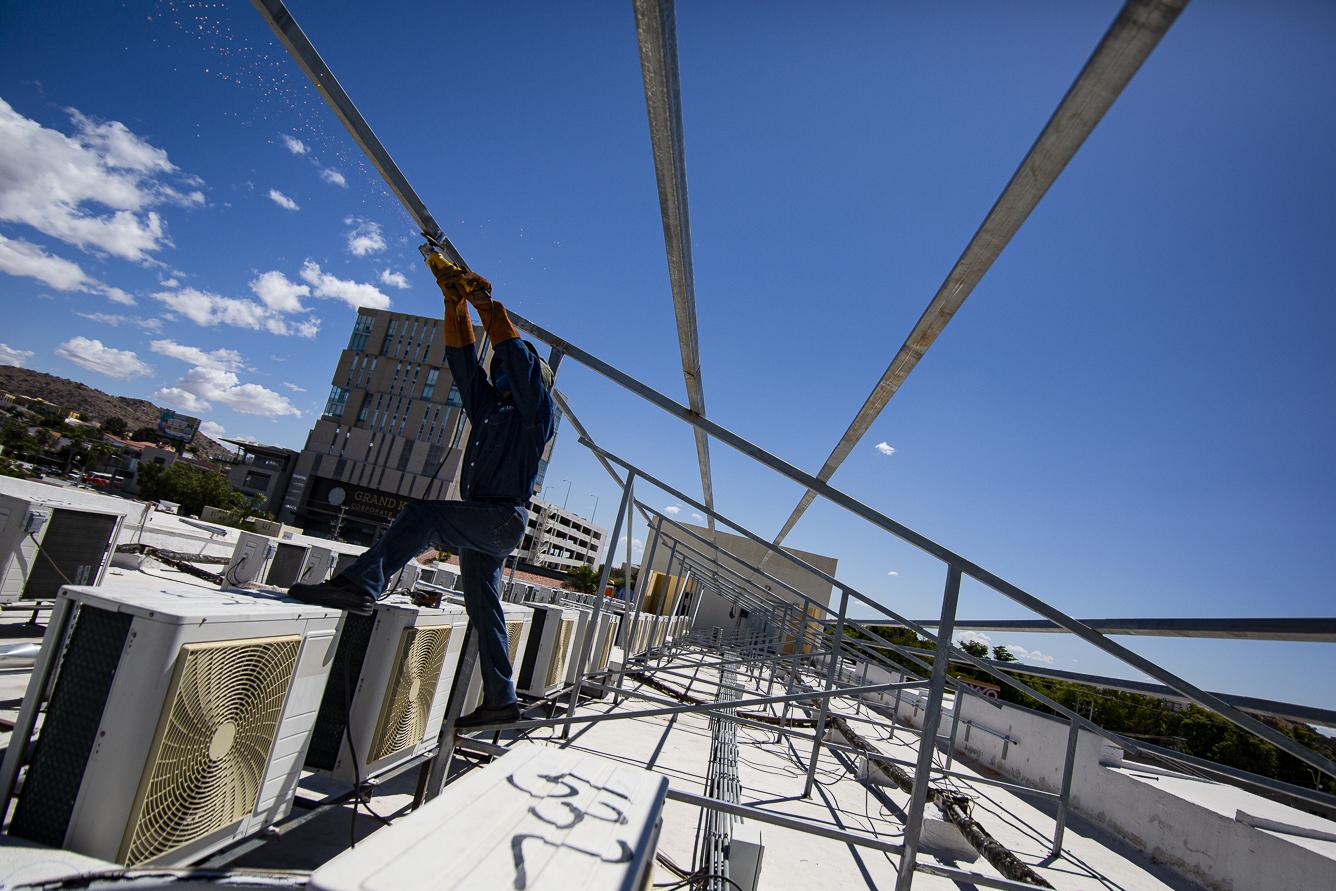 Murphy Woodhouse/KJZZ News
This frame is one of many slated to go up at an Hermosillo Holiday Inn before the solar panels are installed.

Back at Osolec’s Hermosillo office, Keith acknowledged that the last several years have brought a lot of uncertainty to the solar industry.

But in the case of the work his company specializes in — smaller, distributed generation projects like rooftop arrays for homes and businesses — there really haven't been impacts from federal policy, nor are any expected, he said.

“Despite last year being a year of pandemic during which many businesses had to cease their activities, in spite of that, we grew compared to 2019,” he said.

Distributed generation in general is showing continued strong growth in Mexico. Since 2015, the number of contracts for installations under half a megawatt have increased nearly 10 times to over 160 thousand, according to the most recent federal report. Installed capacity is now well over a gigawatt.

Part of why he thinks there has been so much interest is precisely because of the hard line the federal government has taken on the private development of solar and wind projects, which he said generally produce energy more cheaply than the CFE. That could spell higher energy prices.

“So, if right now you do a distributed generation project at your business, or your home, you’re anticipating what’s coming,” Keith said.

But despite its sun, frequent clear days and rising interest in solar, Sonora actually lags behind a number of Mexican states, sitting at number nine in terms of installed distributed generation capacity, according to the most recent federal report.