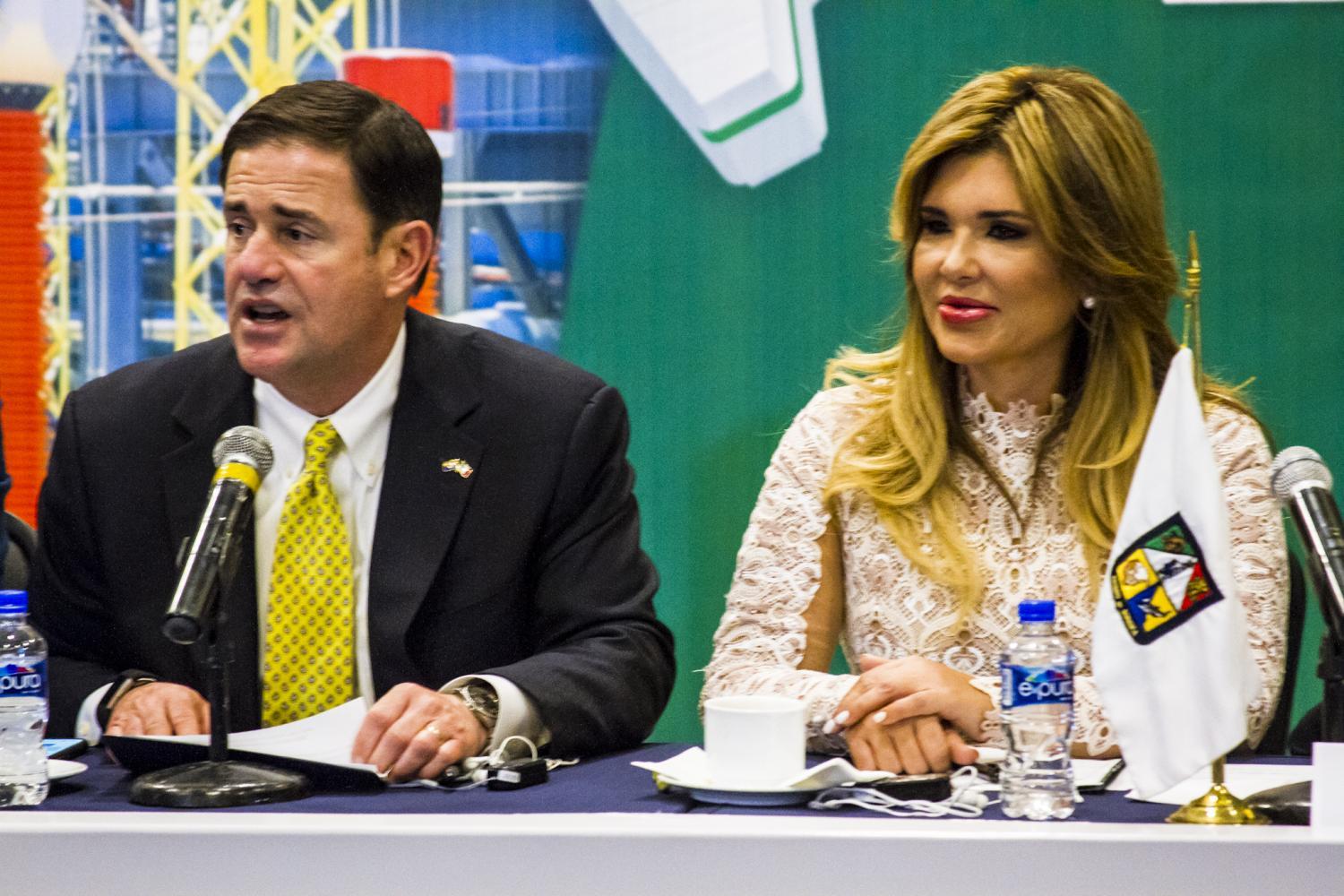 Murphy Woodhouse/KJZZ
Arizona Gov. Doug Ducey and Sonoran Gov. Claudia Pavlovich speak during one of the sessions at the 2018 Arizona Mexico Commission meeting in Hermosillo.

Arizona Gov. Doug Ducey and his Sonoran counterpart recently met and inked an agreement on water and air quality.

Sonoran Gov. Claudia Pavlovich’s six-year term ends in September, meaning this is the last formal meeting between the two as leaders of their respective states, according to a release from Ducey’s office.

The memorandum of understanding signed by the two seeks to expand collaboration between Arizona and Sonora to monitor air quality. It also will further study of prospects for securing potable water through desalinization.

The governors shared kind words about their relationship over the last six years and said that strong bonds between the states have brought economic benefits to the region.