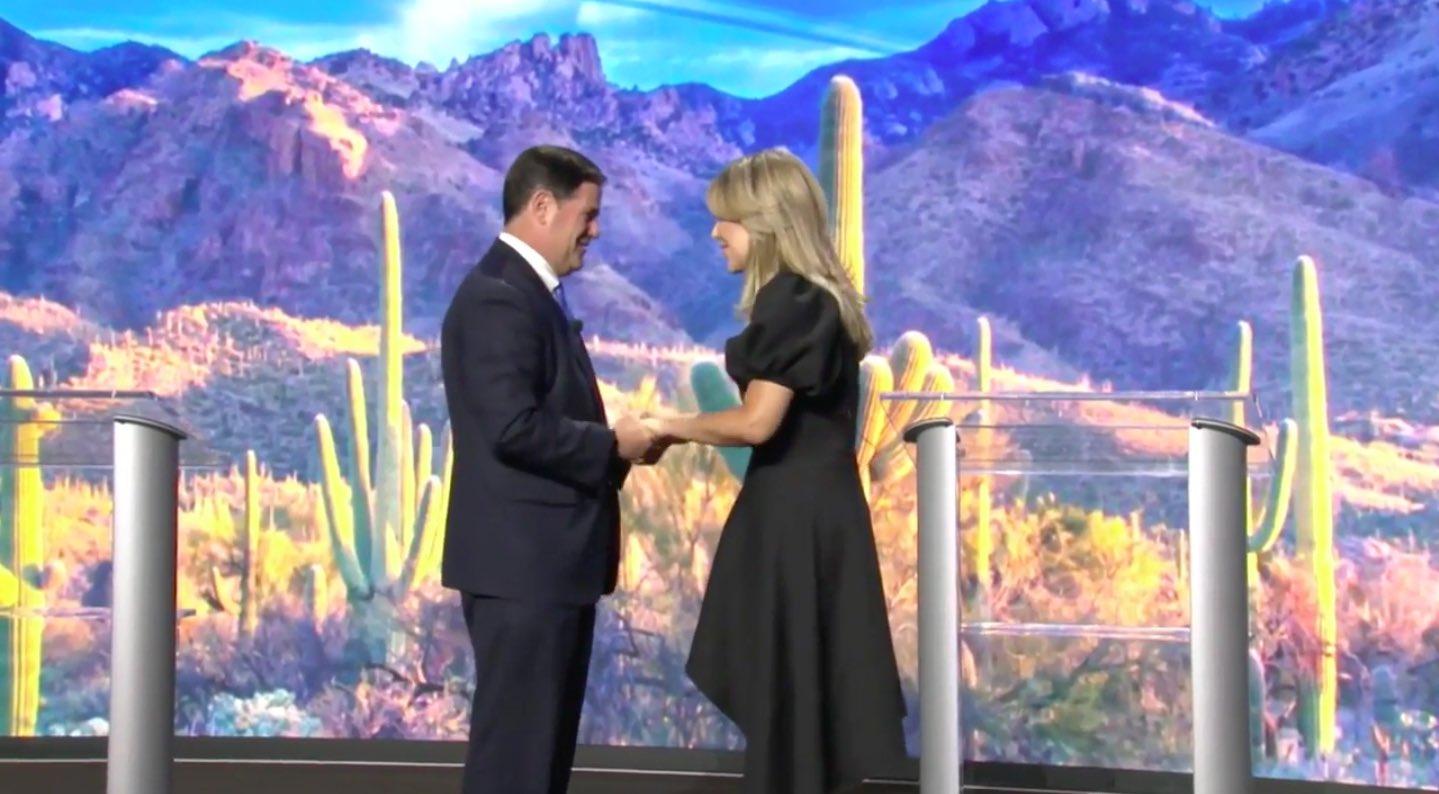 Arizona-Sonora Commission
Govs. Doug Ducey and his Sonoran counterpart Claudia Pavlovich shake hands at their final joint meeting with the Arizona-Mexico Commission, which the two have led for the past six years.

The governors of Arizona and Sonora met for a final time as heads of the Arizona-Sonora Commission and its cross-border counterpart Thursday. The two leaders have been working together for six years.

Govs. Doug Ducey and Claudia Pavlovich touted what they consider the fruits of their cross-border collaboration during a virtual, bilingual commission meeting.

The two say they’re proud of jointly supporting passage of the U.S-Mexico-Canada trade agreement, implementing programs that have helped streamline commercial border crossings and attracting private businesses like Lucid Motors to the region, among other issues.

"I’d like to think that we’d be seen as a model partnership for governors that follow us," Ducey said. "For what’s not only possible for Arizona and Sonora, but possible for the United States and Mexico as well."

The two governors also pointed to their ability to weather changes in national politics and a pandemic as evidence of the strong bond between the two states.

On June 6, Sonoran voters will elect a new governor who will replace Pavlovich.