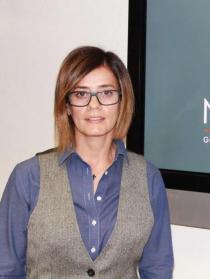 Wendy Briceño Zuloaga
Cecilia Yépiz Reyna went missing in Nogales, Sonora, on Jan. 5, 2021. Her death is being considered a femicide.

Sonoran authorities this week tracked down and arrested a suspect in the murder of a former Nogales, Sonora, city official. A slow response to the woman’s disappearance earlier this year caused outrage.

Sonoran prosecutors announced Wednesday that a 43-year-old man identified only as “Fernando N.” had been arrested in central Mexico and transported to Sonora to face charges including femicide for the killing of Cecilia Yépiz Reyna.

Yépiz, a former Nogales city employee who went missing in January, was found strangled and suffocated in a clandestine grave outside of Nogales in March — but only after public outcry that her disappearance was not receiving enough attention.

State authorities say they have more than 100 pieces of evidence pointing to the suspect, including fingerprints, forensics and video recordings from several businesses that show Yépiz with the man just before going missing. State security cameras were also able to track the suspect’s vehicle to a location near where Yépiz’s body was found.