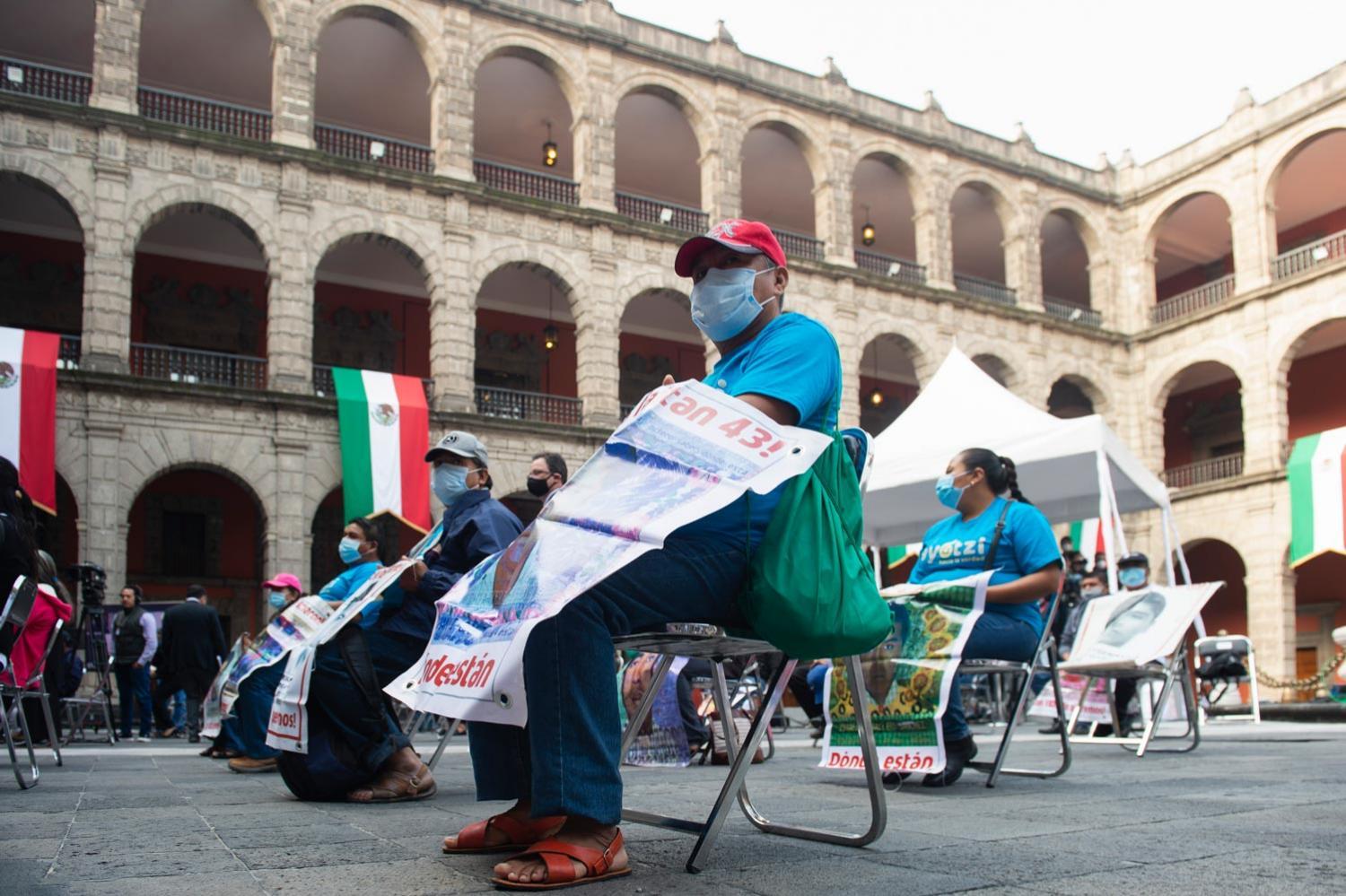 Office of the Mexican President
Relatives of the 43 missing students from Ayotzinapa attend to a conference from President Andrés Manuel López Obrador in Mexico's National Palace on Sept. 26, 2020.

MEXICO CITY — The disappearance of 43 students in Mexico almost seven years ago on their way to a protest is still a highly political and controversial topic in human rights circles. And Mexico’s president says that U.S. Vice President Kamala Harris is helping solve the mystery.

The students from Ayotzinapa Rural Teachers’ College, in southwest Mexico, disappeared in 2014 after hijacking buses to attend a protest. Since then, the issue has been under scrutiny, with the official version constantly changing.

According to leaks published by some local media outlets, the U.S. investigation connects a drug cartel operating in Mexico and the U.S. to the alleged abduction and death of the students.

Earlier this year, a new lead in the investigation blamed the local police and organized crime for those abductions.