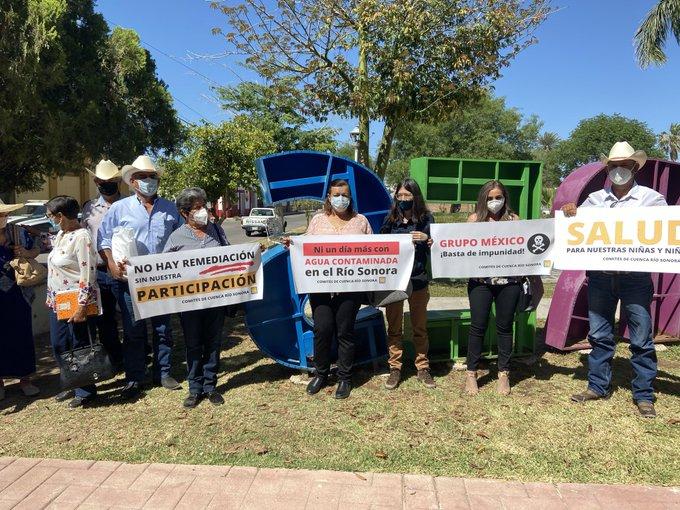 PODER
Members of the Rio Sonora Watershed Committees protested for remediation in Ures, Sonora, on May 23, 2021.

Recent meetings in the Rio Sonora valley are a first step in carrying out a Supreme Court ruling last year that reopened a trust fund for those harmed by the spill at Grupo Mexico’s Buenavista copper mine. Environmental authorities committed to using input gleaned there in a remediation action plan, but after nearly seven years of fighting for their needs to be addressed, community members in the Rio Sonora Watershed Committees say they won’t be satisfied with mere promises.

"The committees will be paying attention to make sure all our concerns and our worries that we have expressed during these two days are included in the action plan, and that it's done as quickly as possible, as the environmental prosecutor has said," he said in a message published by the committees.

On Wednesday, the Rio Sonora Watershed Committees also called on Grupo Mexico’s shareholders to hold the mining company accountable for its failure to remedy environmental and human devastation caused by the spill.