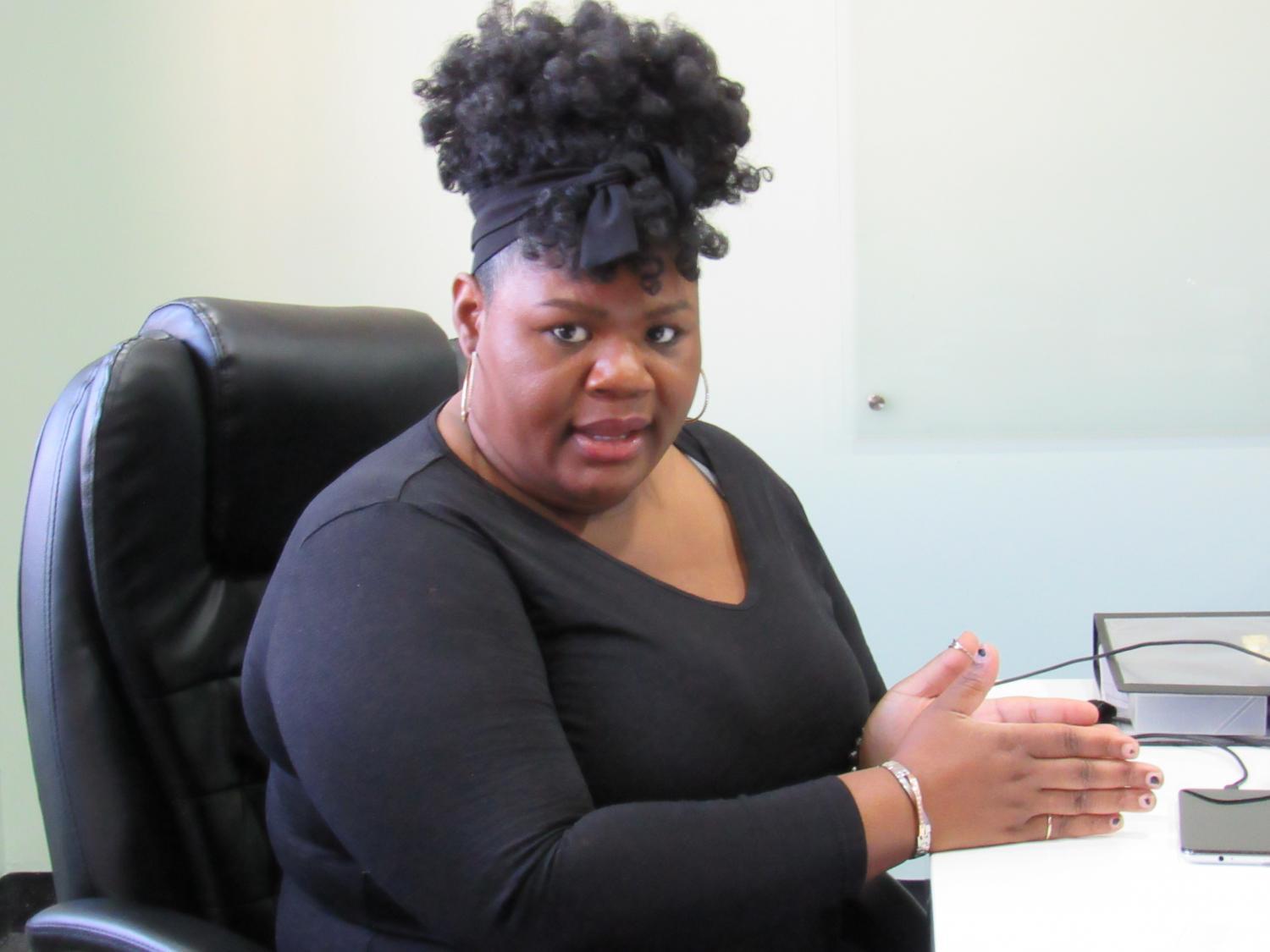 Matthew Casey/KJZZ
Charli Calvin, CEO of A Joint Society, and her partners’ dream to own a dispensary likely faces long odds.

Charli Calvin went over what needed the attention of the Black single parents who lead A Joint Society. Two of her partners attended the meeting virtually while they worked elsewhere.

“I love the fact that we have a female attorney now because we’re all women,” said a voice from Calvin’s phone, which drew a cheer from her.

The lawyer is tasked with helping them pursue a social equity cannabis license. Some Arizonans who bore an unequal weight of cannabis-prohibition laws will get them to sell marijuana. So wrote the authors of Proposition 207 by creating a “social equity ownership program.”

Calvin steered the meeting to topics like a potential sit-down with a grower and website construction. She said awesome-sauce several times when the partners agreed, even sang the word once. Her enthusiasm was clear.

This week the state health department released final rules about who qualifies to pursue a license worth millions of dollars. Calvin and her partners’ dream to own a dispensary likely faces long odds. Thousands of Arizonans could potentially apply for the 26 social equity licenses.

Calvin is disappointed regulators didn’t mention race in what they wrote.

“We should be the face of social equity. It’s a form of reparations to be honest with you,” she said.

Calvin sees Sacramento’s program as a model setup. But efforts to help those hurt by the drug war in other parts of California, and the country where marijuana has been legalized, have been criticized for not living up to their intentions. Now it’s Arizona’s turn to try and ingrain social justice values sought by many in the United States into a developing and profitable industry. 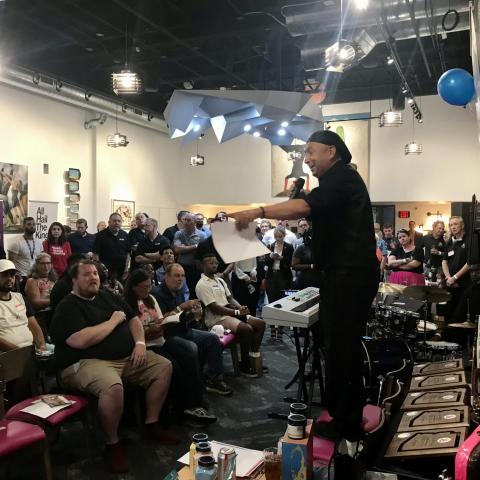 Demitri Downing called to the crowd to start an awards ceremony held by the Marijuana Industry Trade Association, which he founded. MITA, as it’s known, offers classes and mentoring for social equity applicants. It also lets people mingle at monthly mixers like one recently held at a hip Phoenix hotel, where Arizona companies have a semicircle of display tables.

The point for the trade association and cannabis companies to work together on social equity is to make industry access easier, said Moe Asnani, dispensary and brand owner, who was at the event.

Looking back, Asnani could have used help with simple negotiations, choosing locations, inventory management and how to set up a cultivation facility.

“Which is the most expensive mistake you can make, by the way. Screw up how you design and build a cultivation facility, you might not get a second shot,” he said.

Having a business plan improves the chance to avoid, or even survive such a gaffe. People can learn how to write one for the marijuana industry at Scottsdale Community College. Residential Faculty Dr. Bobra Crockett said the program aims to help end stigma for a now legal business.

“To actually bring credibility to cannabis education,” she said.

Having finished the college’s program makes social equity applicants more attractive to investors identified with the help of MITA and others, said Crockett, a key contributor to MITA courses for learning about those 26 valuable licenses.

“We talk about the realities and the barriers to entry. Financing and funding is obviously right up there,” she said.

A social equity license to open and run a dispensary is not a golden ticket, said Crockett. They strive for inclusiveness to right a wrong. Plus, having one isn’t the only career path in cannabis. Think accounting, graphic design or having enough products to meet demand.

“Every part of the supply chain also has to be sustainable in order for the entire industry to grow,” she said. 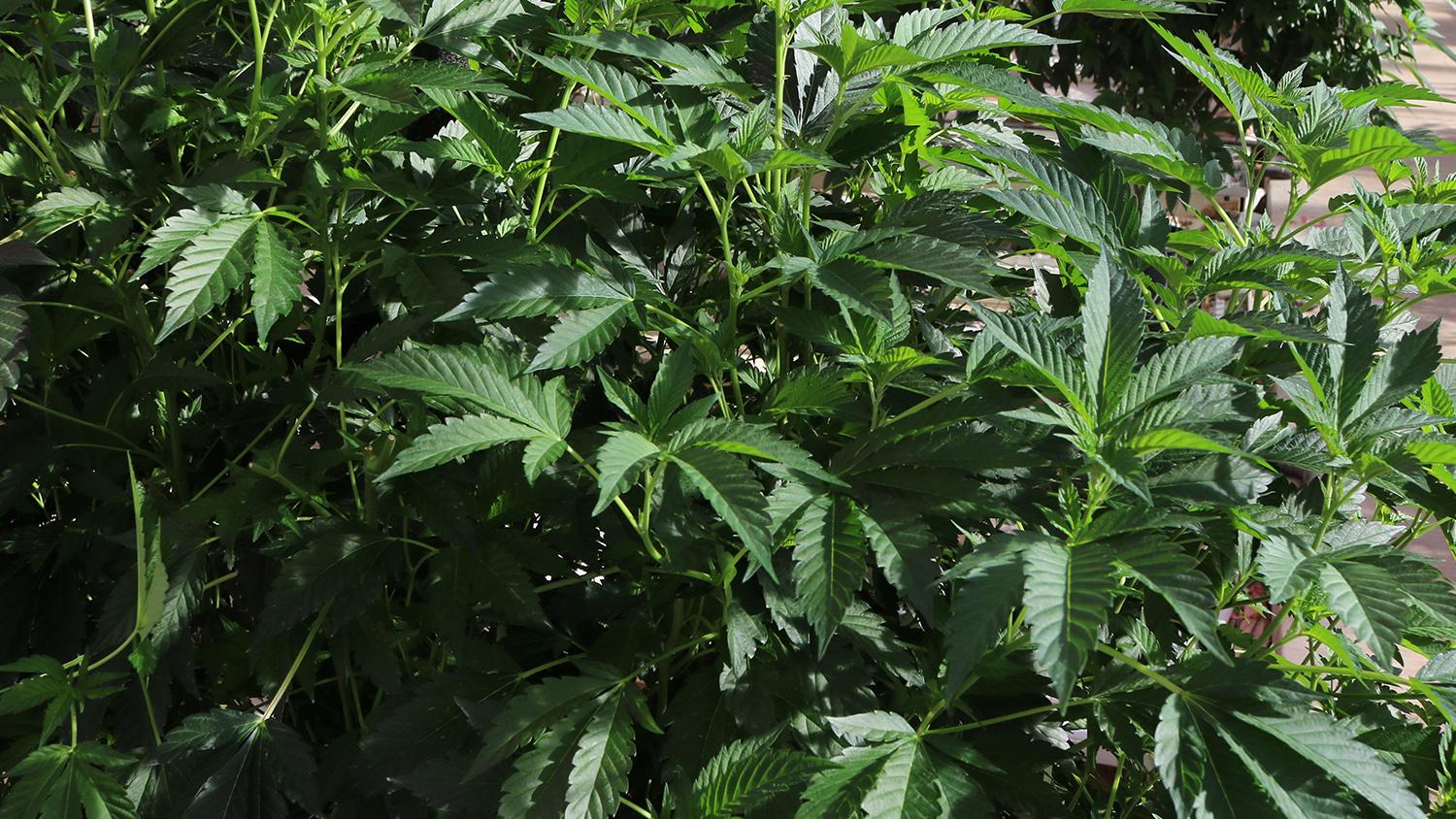 A Joint Society and Calvin have waited to sign with an investor. She’s wanted to know what leverage the final state rules give them so they can avoid unnecessary borrowing.

“Because the sooner we can get our investors out of our hair, the sooner this company is 100% Black-owned for real,” she said.

Calvin prays they’ll get a social equity license when they’re awarded, which is scheduled to be at the end of 2021.

“But at the end of the day, we have backup plans and contingencies to still make us a force in this,” she said.

This could be growing or labeling marijuana, selling CBD or getting a patent to do something totally new. Calvin’s goal is to be a long-term success in Arizona’s cannabis industry and build generational wealth.