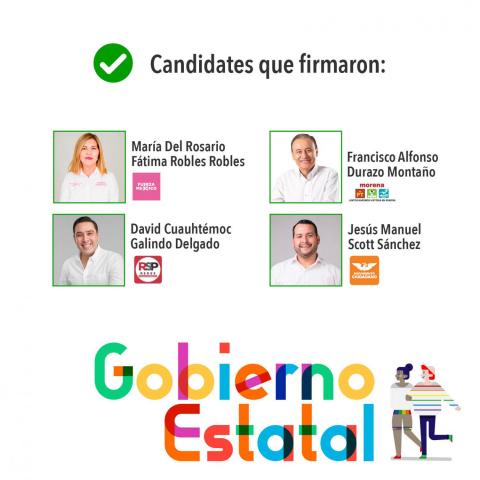 Members of an LGBTQ coalition in Sonora have secured signatures on an inclusive political agenda from dozens candidates running for political office this election cycle.

The group Coalición Mexicana LGBTTTIQ+ Sonora says it’s made huge strides this election. More than 40 candidates from across the state, including four of six contenders for governor, committed to supporting public policies focused on creating a more equitable society.

"The LGBTQ population in Sonora is incredibly important, and of course we have a lot of influence on societal level," said coalition member Rodolfo Guzmán during a press conference presenting the results of their efforts. "And we're now working to make politics more representative of that."

He said he's pleased to see greater interest on the part of leaders to work with and learn from the group, which created a nonpartisan political agenda for candidates running for governor, mayor and local and federal congress seats.

The agenda includes asking politicians to use inclusive language in their official communications. And pushes for policy changes that would crack down on discrimination, increase access to services for transgender Sonorans and eliminate barriers to same-sex marriage.