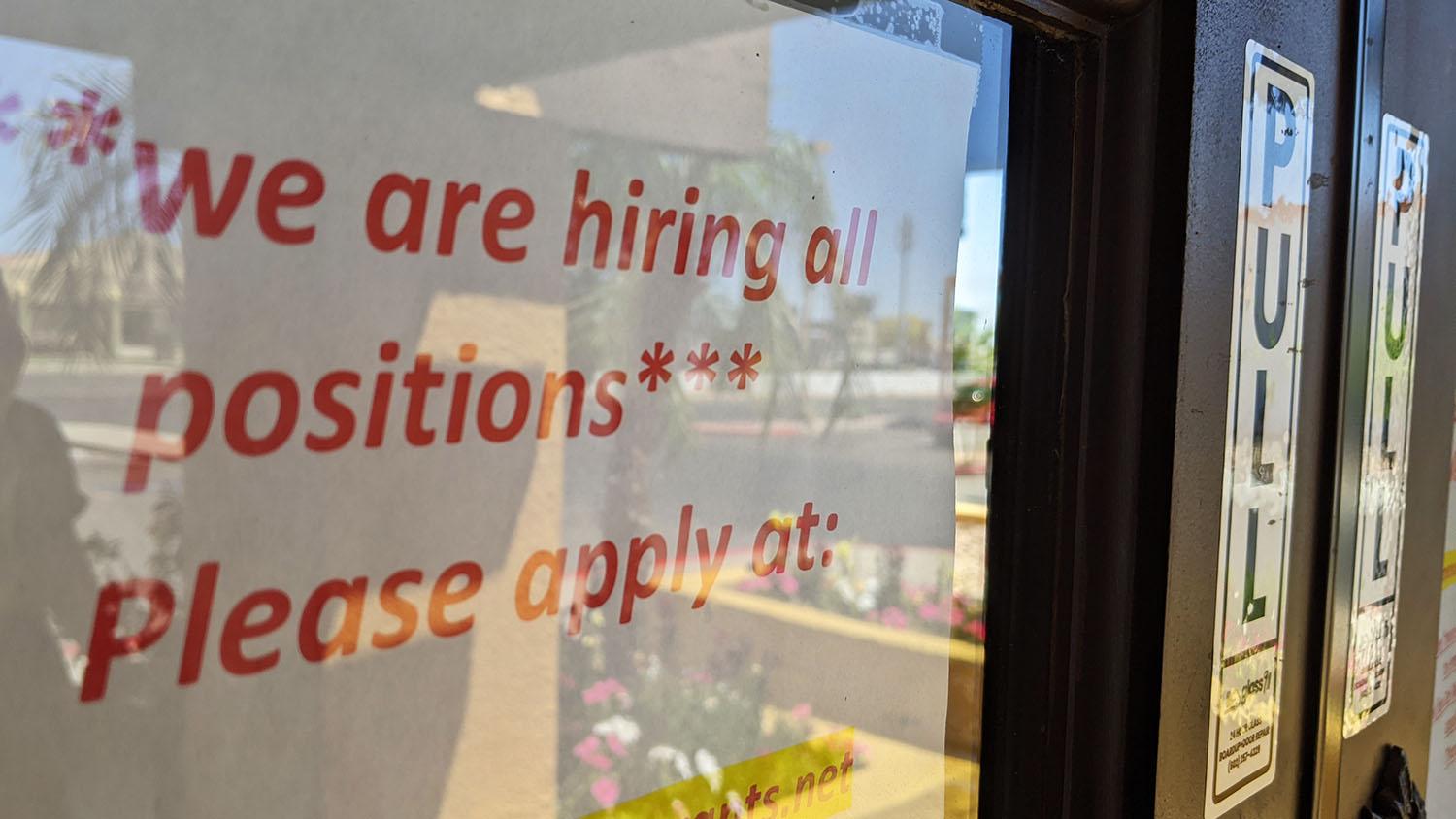 Sky Schaudt/KJZZ
A sign at a Phoenix restaurant advertises open positions in April 2021.

Across the state, sections of tables are unoccupied with no one to wait on them, and customers are waiting a longer time in line as understaffed kitchens scramble to construct their meals.

A major reason for the lopsided ratio of customers to employees might be the ongoing unemployment checks that have been in effect since last year.

Steve Chucri is president of the Arizona Restaurant Association. He says paying workers to stay home is no longer necessary and unfair to taxpayers.

“Look, as a taxpayer I don’t think that’s right,” Chucri said. “I know these people work very hard. But unless you’re going and actively seeking employment, I don’t think you should be getting paid to be sitting at home doing nothing.”

After a year or more at home, workers’ biggest hurdles may be the emotional change of returning in person, says Geoffrey Smith, associate professor at Arizona State University's W.P. Carey School of Business.

“It’s not so much that people may not want to work, it’s that change,” Smith said. “You know, it's having to establish a new routine. And having to actually, you know, get up and go to work. It’s just that first step."

Effective July 10, The state will no longer pay $300 a week in federal supplemental unemployment. Instead, it will offer a $2,000 bonus to anyone who finds a full-time job and $1,000 to those who can get part-time work. They also must stay on the job for at least 10 weeks to receive the bonus.