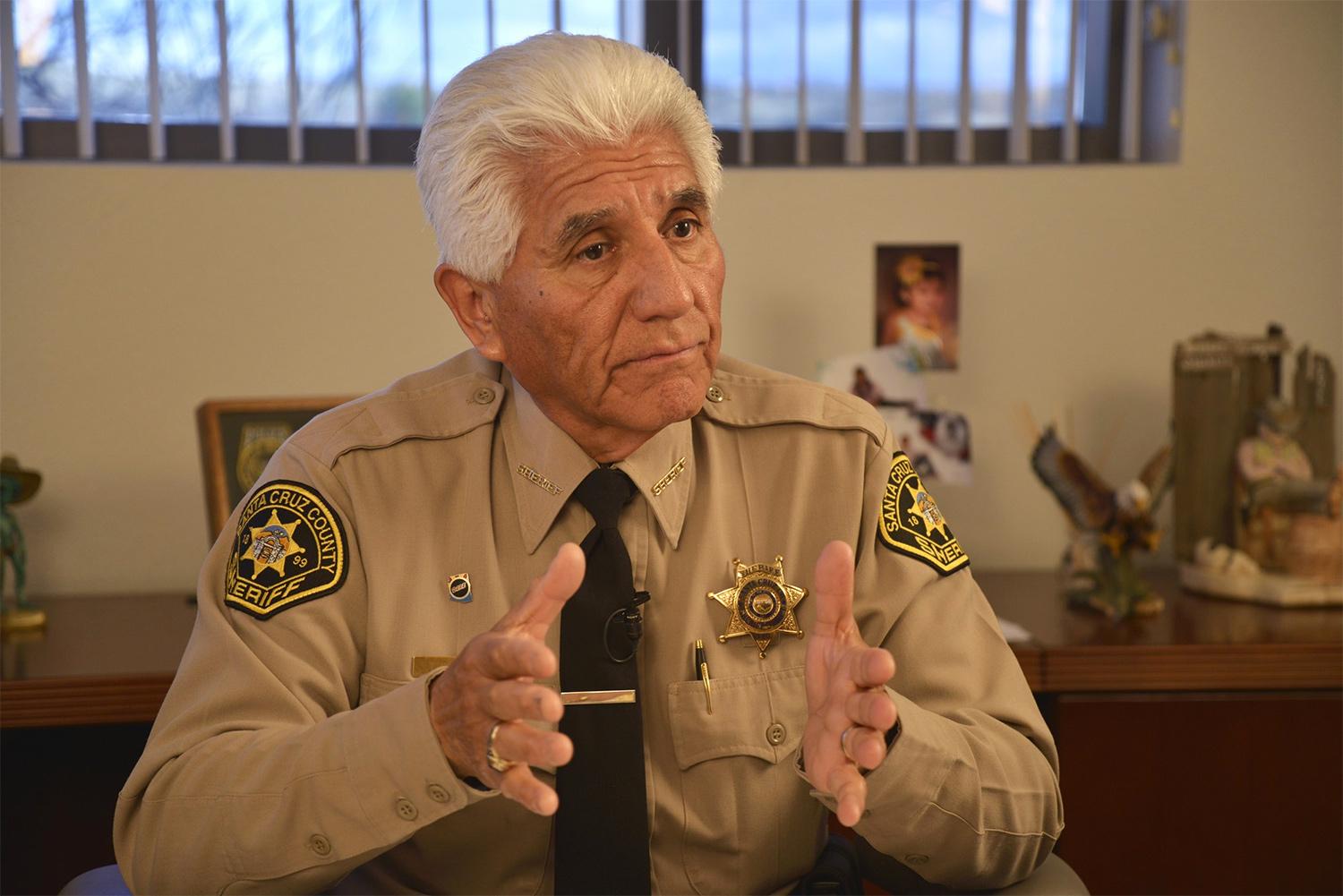 The Arizona Attorney General is suing former seven-term Santa Cruz County Sheriff Tony Estrada and a former top aide to recover nearly $200,000 they allege the pair allowed to be illegally paid out of county funds to compensate sheriff's deputies for extra duties.

But the attorney representing Estrada and his former second-in-command called the allegations that stem from an Arizona Auditor General's report “absurd” and said top county officials knew of the practice for years and approved of it.

“It’s like Alice in Wonderland, which is kind of like Nogales can be sometimes,” attorney Douglas Clark Jr. told The Associated Press on Thursday.

The lawsuit filed in Maricopa County Superior Court on Wednesday seeks not only the payments that Estrada and his top deputy allowed between June 2013 and September 2018 but triple damages under provisions of the Arizona Racketeering Act. That could put them on the hook for nearly $600,000 in restitution and penalties.

The civil lawsuit relies on an April 29 report from the Arizona Auditor General that documented how Estrada and his former top aide allowed deputies who were given extra duties like acting as a training officers to claim an hour of overtime for each shift they worked as compensation. The county Board of Supervisors did not allow Estrada to provide the extra pay.

Although Estrada confirmed to auditors that the practice began in 2000, the auditor general's review only covered five years of payments that totaled $196,842. That money went to 77 different employees who together claimed more than 7,200 hours of unworked overtime pay.

Estrada, 77, served as sheriff of the border county for 30 years and retired late last year. He is known for his unapologetically liberal views in a state where sheriffs are often known for being politically conservative.

In a brief interview Thursday, Estrada said he was disappointed that the attorney general had sued but referred questions to his attorney. In an interview after the auditor's report was released, Estrada denied personally profiting from the practice and confirmed that he believed county officials didn’t adequately fund law enforcement.

“The only one that profited out of it was public safety in Santa Cruz County,” Estrada said.

Clark, Estrada's attorney, said much the same Thursday and that they could prove it.

“Everybody knew about it and approved it,” Clark said. “And we have affidavits from the prior county manager to that effect. And there’s no question that they did nothing below board, they profited in no way individually.”

In the lawsuit, the attorney general outlined a plan Estrada orchestrated to allow deputies who were assigned as field training officers, communications training officers, corporals or shift leaders to claim an hour of overtime for each day they worked. The overtime was paid at 1.5 times the normal hourly rate. In addition, after the Board of Supervisors refused to authorize filling a lieutenant's position in 2016, Estrada promoted a sergeant anyway and had them falsify time cards to collect extra pay.

One lieutenant who served from February 2016 until his March 2018 retirement collected $14,840 in unearned overtime pay.

Also named in the lawsuit is former Capt. Ruben Fuentes, who the lawsuit and auditor's report say was aware of the scheme. Clark also represents Fuentes.

The auditor's report says a county manager told Estrada in an October 2018 email that she learned the sheriff’s office had been paying employees for unworked overtime, that the practice wasn’t allowed and to stop it immediately.

The next day, the top aide emailed Estrada and other top leaders in the sheriff’s office saying, “The Sheriff is asking that we proceed as usual until he gives us other instructions,” according to the report. Auditors said the county manager stopped the practice the next week.

Clark said despite what the lawsuit and auditor's report say, current county manager Jennifer St. John was aware of the practice.

St. John did not immediately return a call seeking comment Thursday afternoon. But the auditor general report said she was unaware of the extra pay practice and said two former county managers also said they were unaware of paying for unworked overtime, one in an affidavit.

“Lastly, all 3 Board of Supervisors members as of February 2019, with their combined 30 years of county service, reported to us that they either thought it was fraud or they were not aware of these overtime payments and the sheriff had never mentioned them,” the report said.

A spokesman for Arizona Attorney General Mark Brnovich, Ryan Anderson, would not comment beyond what was in the lawsuit filing or say if any criminal charges were being considered against Estrada or Fuentes.