VP Harris Has Stern Words For Guatemala Ahead Of Mexico Visit 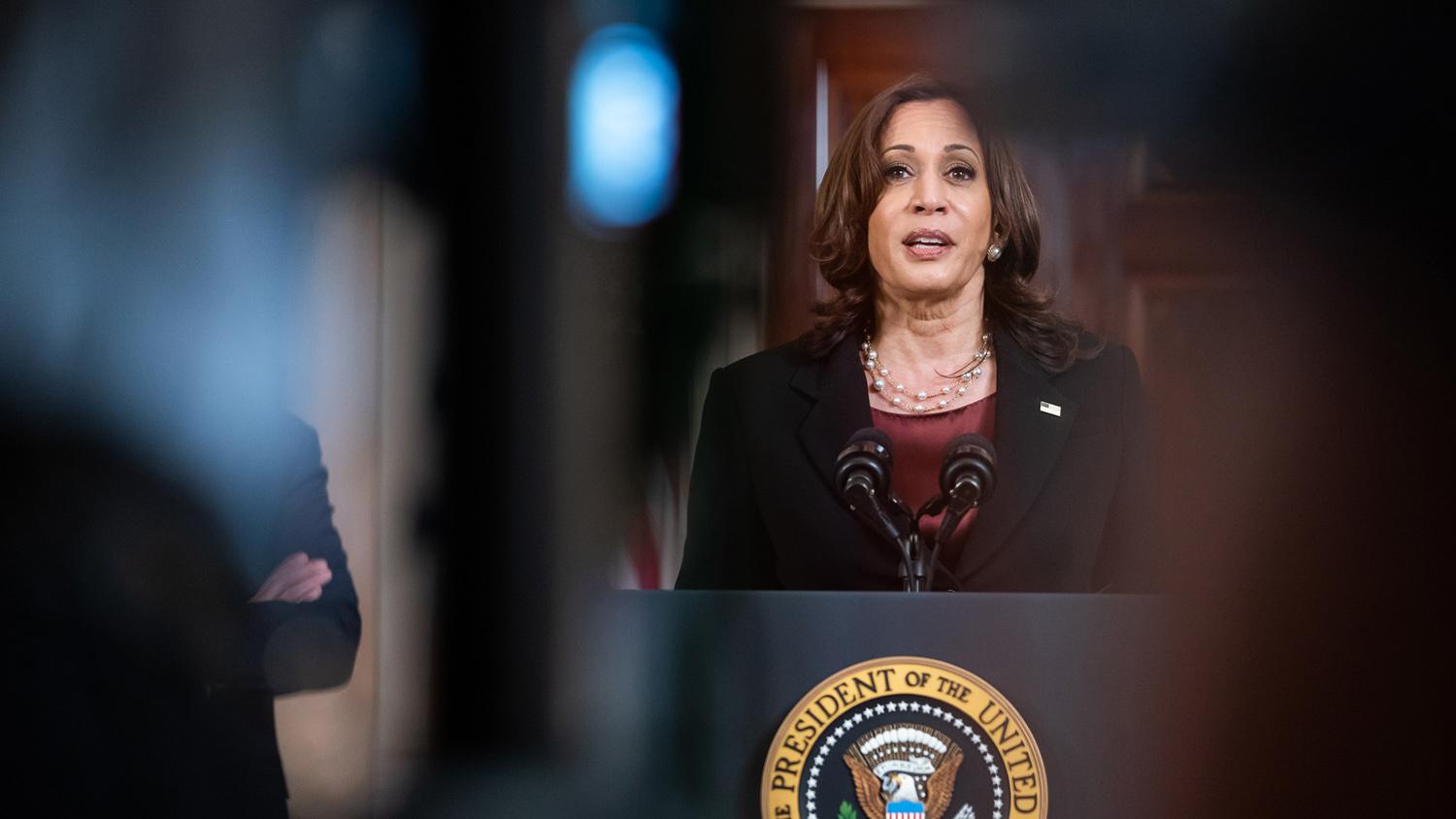 LAUREN GILGER: Vice President Kamala Harris met with officials in Mexico and Guatemala to address the continued flow of migrants from these countries who are heading to the U.S. and ending up on our southern border often. She pledged to keep a hard stance against people seeking to enter the U.S. illegally, and she pushed efforts against corruption in these countries. With me to discuss the vice president's first overseas visit is Michel Marizco from our Fronteras Desk in Tucson. Good morning, Michel.

GILGER: OK, so let's quickly move past the kind of political display of world leaders standing shoulder to shoulder. How would you characterize this first overseas visit? Would you say this was a friendly one?

MARIZCO: I would say it was a stern one. Harris arrived in Guatemala with a plan for cracking down on corruption, and she was fairly unblinking about that. Here she is talking just about her experiences with corruption in the U.S.

KAMALA HARRIS: Our Justice Department, our Treasury Department and our State Department will work together to conduct investigations and train local law enforcement to conduct their own.

GILGER: Harris spoke directly to the citizens of this country as well, right?

MARIZCO: Yeah. So it was it was interesting to watch because this is a very hawkish vice president. She first went after, as we just heard, the government of Guatemala. But then she sent a warning to its people, and she characterized this warning as an invitation to helping Guatemalans make their own country better, which means staying there. And as she reiterated a couple of times, don't come.

HARRIS: To folks in this region who are thinking about making that dangerous trek to the United States-Mexico border: Do not come. Do not come.

MARIZCO: And this a very, very different message than than previous messages, where it all had been very much about, you know, seeking asylum, offering assistance in the U.S. Here she was telling people, you'll be turned away.

GILGER: So Harris now arrives in Mexico today. What's the expectation there?

MARIZCO: Yeah, so she told reporters in the White House press corps that she expects to meet with people on the ground, signaling that she wants to meet with people outside of the administration, outside of Andrés Manuel López Obrador''s administration. And in the past, he has already criticized some of her stances, starting right away with the with casting doubt on the U.S. Presidential elections late last year and not really softening since then. So it's going to be a very interesting experience when she meets with him this morning.

GILGER: So how receptive do you think the president will be there to that?

MARIZCO: So she's couching her talks in Mexico with respect to corruption. She's going to talk about this memorandum of understanding with Mexico and Guatemala on efforts to, again, make life better, better for people so they feel like they need to migrate up. She's also, you know, some of , Mexico's top diplomat was on Twitter this morning lauding the distribution of a vaccine to the border cities. So she's coming in with with these sort of warnings and then also with this donation of vaccine. And that's something that's going to weigh on visits to both of those countries.

GILGER: And in the meantime, Michel, illegal border crossings are happening at levels we haven't seen in 15 years. Has there been any push from either Harris or from the president himself to visit the borderlands?

MARIZCO: No. It's a little surprising, I would say, but no, they've they've definitely not wanted the optics of either of the executives on the border the way President Trump, Attorney General Jeff Sessions did. And in the first few weeks of President Trump's administration, they're definitely letting this sort of be a separate issue in the context of optics, I would say. And, you know, what she said yesterday was "I also have a visitor to Europe, what's the point?" which really skirted the deeper question, because Europe isn't isn't a challenge at the U.S.'s main boundary.

GILGER: All right, KJZZ's own Michel Marizco joining us from our Fronteras Desk in Tucson. Michel, thanks as always.

MARIZCO: Thank you very much.