'Surviving Mexico': How Journalists In Mexico Persevere In The Face Of Danger 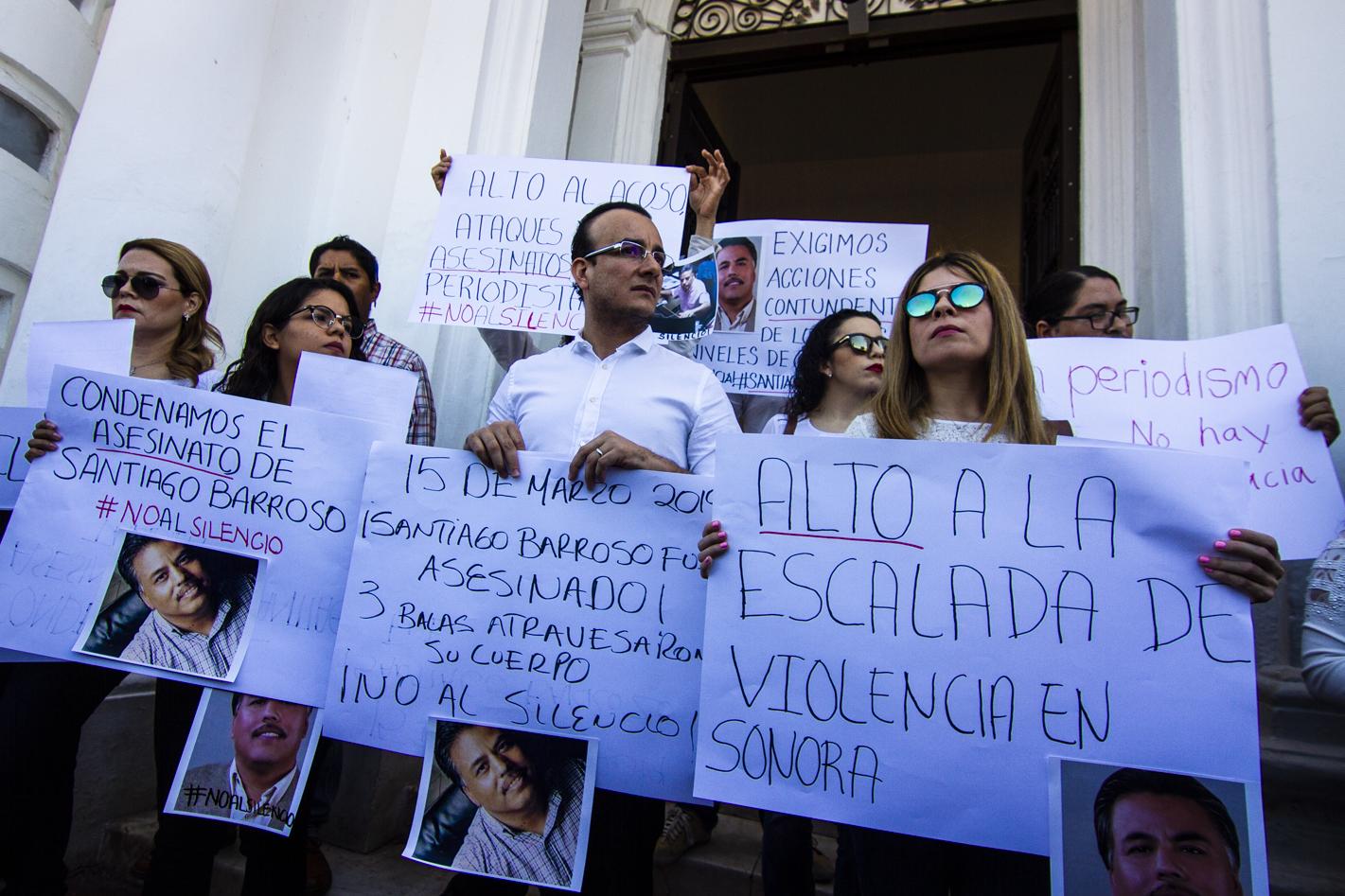 Murphy Woodhouse/KJZZ
Protesting reporters stand in front of the Government Palace in Hermosillo to demand resolution of Santiago Barroso's murder, as well as broader protection of press freedom, in March 2019.

Journalists in Mexico often do their work under threat of violence. In fact, it’s one of the most dangerous countries in the world in which to be a journalist. Still, they persevere — creating their own networks of support in order to report stories about everything from government corruption to organized crime.

In their new book, "Surviving Mexico: Resistance and Resilience among Journalists in the Twenty-first Century," University of Arizona journalism professors Celeste González de Bustamante and Jeannine Relly document the phenomenon.

The Show spoke with them to learn about journalism south of the border.