Rafael Fire: The Latest On The Wildfire Near Perkinsville, Arizona 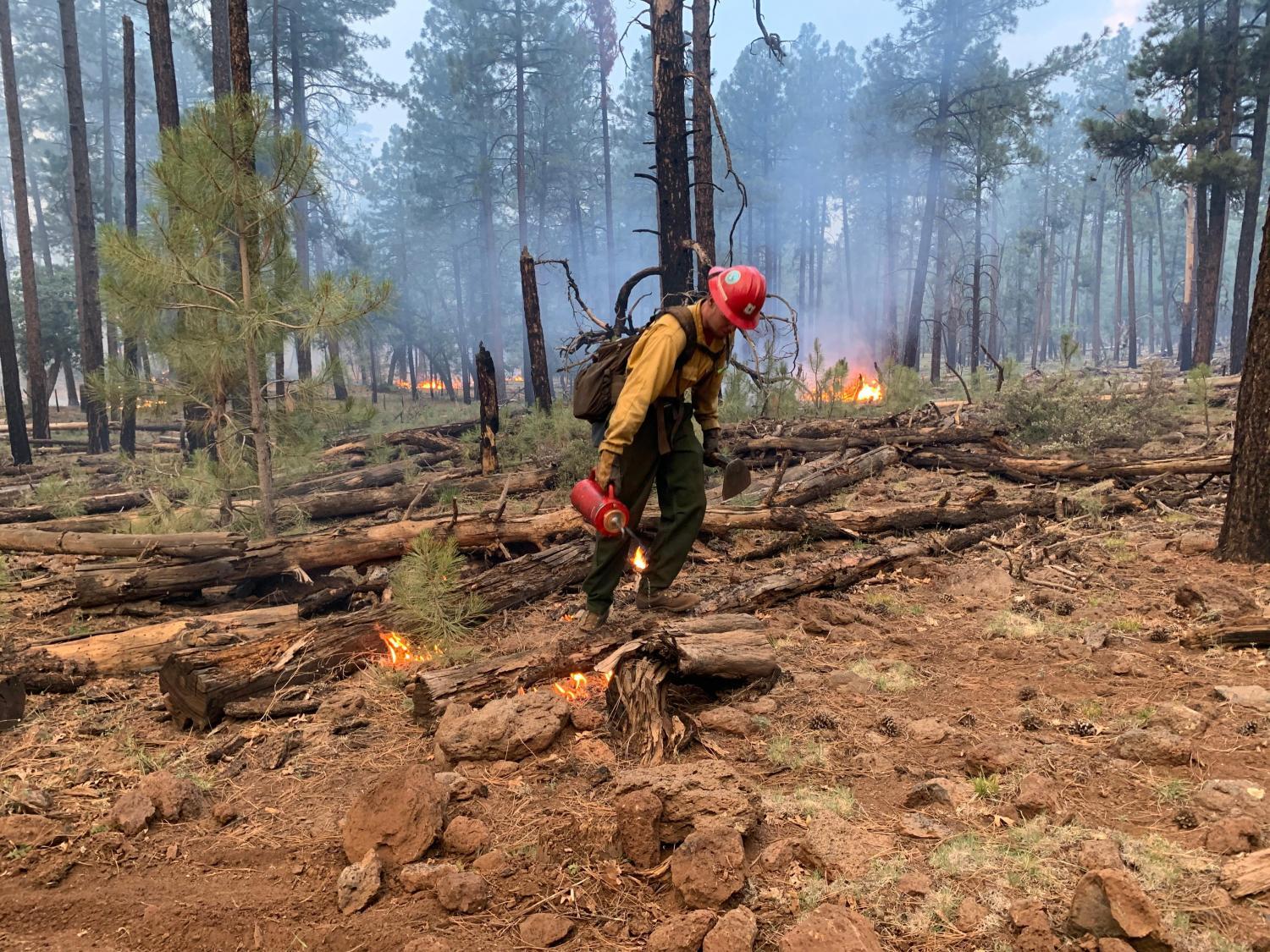 Inciweb
A firefighter works the burnout for the Rafael Fire on June 27, 2021.

Crews continue to battle the Rafael Fire, which has burned more than 77,000 acres near Prescott.

Fires are burning throughout the state, and Arizona firefighters have had help from out-of-state crews as they battle a number of blazes, but that help is likely to drop off as fires start burning elsewhere in the West.

Increasing chances of rainfall this week could provide another source of relief.

“The best tool that we really have in helping to reduce the heat, and the flames from the fire out there is really water," said Jessica Richardson, a spokeswoman at the Rafael Fire. "So, the more that we can get on it, the happier we’ll be.”

Nearly 400,000 acres have burned in Arizona so far this year, and five of the state’s national forests have closed due to dry conditions.

In just over a week, the Rafael Fire in northern Arizona has grown to over 45,000 acres. It is 0% contained, as of Saturday afternoon.

Firefighting crews are working on placing containment lines around the blaze.

Information Officer John Schuler says the location is difficult for firefighters to access on foot, so they’re letting the fire burn and travel to a more manageable area.

“Basically what we’re doing is giving the fire a chance to grow to us, and we’re building some containment lines around this fire, so that way, as it continues to grow out of this wilderness area, we’ll have good fuel breaks and good stops,” said Schuler.

Schuler says the weather during the week was favorable, as it slowed the fire’s growth and allowed firefighters to remove fuel from some surrounding areas.

But, thunderstorms and heavy winds are incoming, and will speed up the fire’s growth.

He predicts that recreational outdoor areas in Coconino County will likely be closed for the upcoming Fourth of July weekend, as meteorologists are predicting the area’s record dryness to continue. 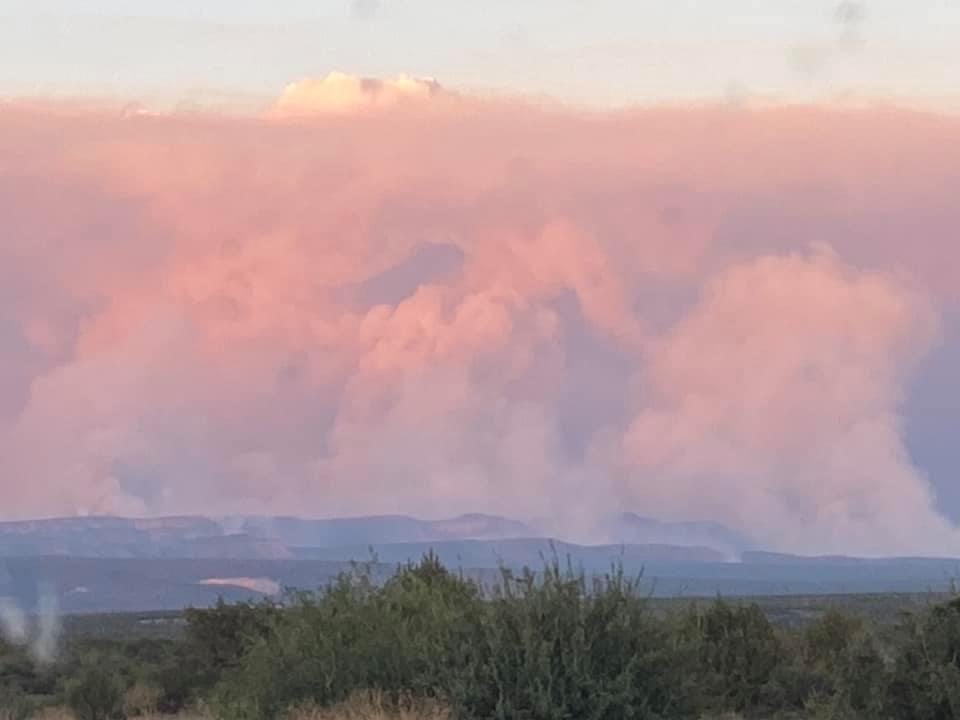 Residents in about 90 homes west of Flagstaff were told to evacuate Thursday because of a wildfire in the area.

The lightning-caused Rafael Fire has burned 54 square miles of steep, rugged terrain, flatter land and parts of wilderness areas. Firefighters were working ahead of the blaze Thursday to create a buffer between the fire and the homes to keep them from burning and the fire from reaching more populated areas.

Crews were going door-to-door to inform residents of the evacuation order.

“That smoke will get to a point where it’s just hazardous to health for them to be there,” said Coconino County sheriff’s spokesman Jon Paxton. “The hope would be that if the fire did approach that area, it would hit that area where they’re doing backburning and it would have nothing else to burn.”

A shelter was set up at Sinagua Middle School in Flagstaff. A virtual community meeting was scheduled for Thursday evening.

The fire was one of several burning across Arizona that has forced people to flee their homes and sent motorists on detours.

Residents in some communities near Pine and Strawberry aren’t expected to be allowed back in their homes for another week. A fire there has burned 63 square miles and was 1% contained Thursday.

Most national forests in Arizona and state land is closed because of the wildfire danger.

The Rafael Fire was discovered on June 18. The Forest Service says it was caused by dry thunderstorms.

Strong winds and low humidity over the weekend have caused the fire to increase in size significantly. As of Monday, the fire was 20,000 acres large and growing in the Sycamore Canyon area.

Paxton says the “Set” designation means there is an imminent threat and residents should be ready to leave their house within five minutes of an evacuation order with enough food and supplies for 24 to 72 hours.

EDITOR'S NOTE: The story has been updated to correct the spelling of the Rafael Fire.