In a motion filed with the Arizona Supreme Court on Tuesday, the Arizona Attorney General’s Office revised the use-by date for lethal injection drugs the state has acquired to carry out executions.

Following the federal government’s lead, Arizona plans to use a single drug, pentobarbital, to resume executions for the first time in more than seven years. Heavily redacted invoices provided by the Department of Corrections showed the state paid $1.5 million for the execution drugs.

After acquiring the pentobarbital and an agreement with a compound pharmacist to prepare the drug for lethal injections, the Arizona Department of Corrections said it was ready to conduct executions in March.

The Arizona Supreme Court court granted requests from Attorney General Mark Brnovich in May to set briefing schedules for pursuing warrants of execution for prisoners Frank Atwood and Clarence Dixon. Dixon was sentenced to death for the killing of 21-year-old college student Deana Bowdoin in 1978. Atwood was sentenced to death in the 1984 killing of 8-year-old Vicki Lynn Hoskinson. 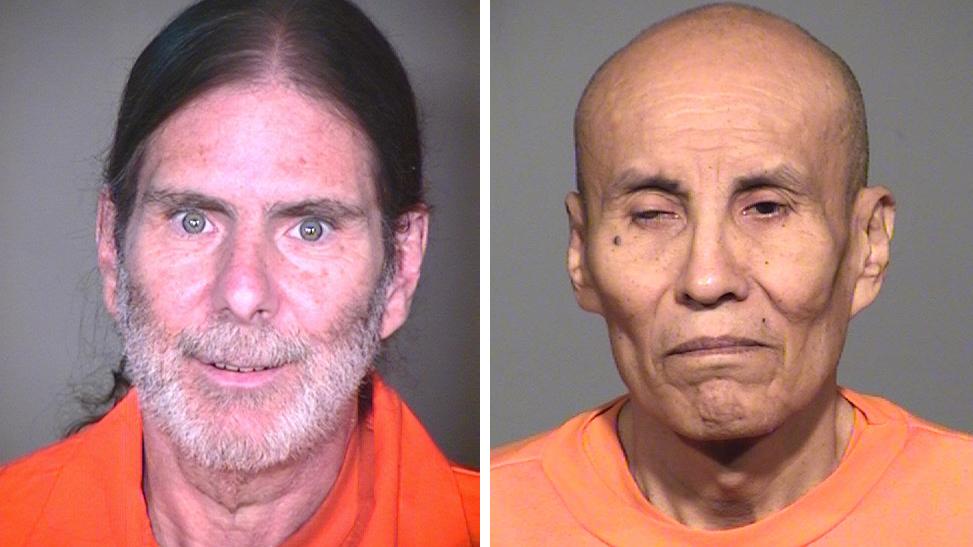 At the time, the department believed the pentobarbital would have a 90-day beyond-use date once it had been compounded.

In the motion filed Monday, the Attorney General’s Office said that timeline has been cut in half.

Deputy Solicitor General Lacey Stover Gard wrote, “The pharmacist, however, has now revised that opinion and has advised ADCRR that, until certain specialized testing of a sample batch is conducted, pentobarbital that is compounded for Dixon’s execution will have an initial beyond-use date of 45 days.”

“The specialized testing could extend the beyond-use date of subsequently compounded doses from the same batch of pentobarbital,” Gard wrote. “However, this testing has not yet commenced and will not be completed in time to accommodate the briefing schedule.”

The revision of the use-by date is significant, because it would not give the state enough time to request a warrant of execution, have the execution drugs tested and carry out the execution. 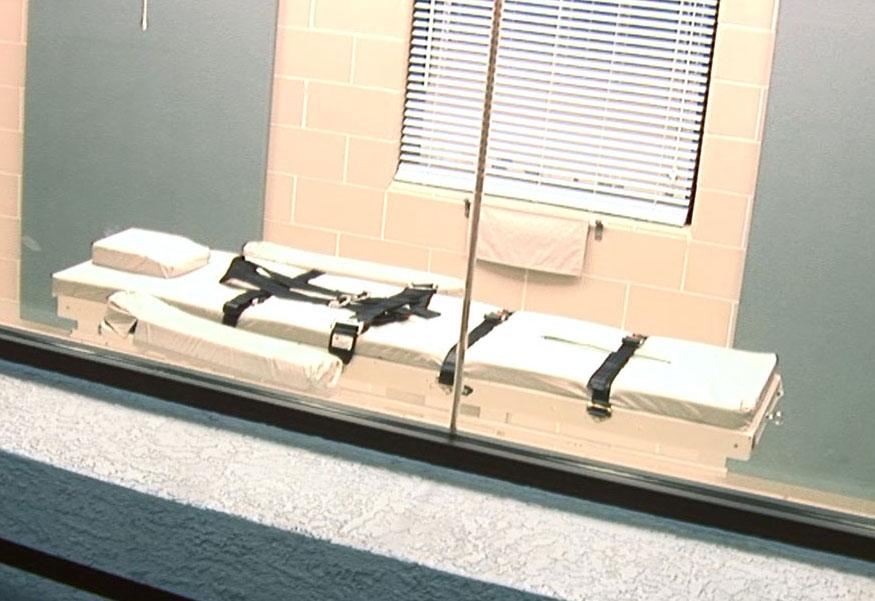 In the filing, the state asks the Arizona Supreme Court to be able to push back the date that it will request the warrants for execution, while keeping the initially proposed court conference dates for Dixon and Atwood.

At the conference the court will decide whether to schedule an execution date.

“Under the current briefing schedule — which was set in reliance on the previously quoted 90-day beyond-use date — the pentobarbital will expire prior to Dixon’s anticipated execution on October 19,” Gard wrote. “Accordingly, the State respectfully requests that this Court modify the briefing schedule currently in place so that the October 19 projected execution date will fall within the 45-day initial beyond-use date of the compounded pentobarbital.”

Attorneys for Atwood previously asked the Supreme Court to send his case to a lower court over concerns regarding the window of usability for the state’s proposed lethal injection drugs.

“The science is clear,” said Atwood attorney Joseph Perkovich. “45 days is the outer limit — and that’s if this injectable form is frozen for that whole time. If it’s not frozen, it’s really a matter of a few days.”

"It is simply impossible, within the 45-day window, to request an execution warrant, compound the chemicals into an injectable liquid, test the liquid to verify it will actually kill Mr. Atwood as planned rather than severely torture him, and then use the tested chemicals to execute him," Perkovich said.

In response to questions about the state’s most recent filing, Katie Conner, spokesperson for the Attorney General’s Office, said, “Our office filed the motions to make sure everything is done according to the law. We must always ensure that justice is served for the victims, their families and our communities.” 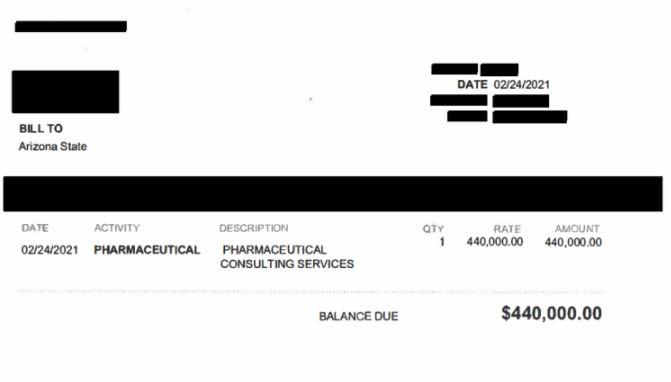 Documents provided to KJZZ through a public records request reveal Arizona paid $440,000 for “pharmaceutical consulting services” but it is unclear what services were actually provided. Arizona relies on a broad interpretation of state law to prevent disclosure of people involved in executions, and refuses to identify the compounding pharmacist that was paid for the consulting services.

“It raises concerns about who this pharmacist is and how they could make such a big error,” said Jen Moreno, an assistant federal public defender based in Phoenix. “It makes us wonder what other errors they could have made in this process.” 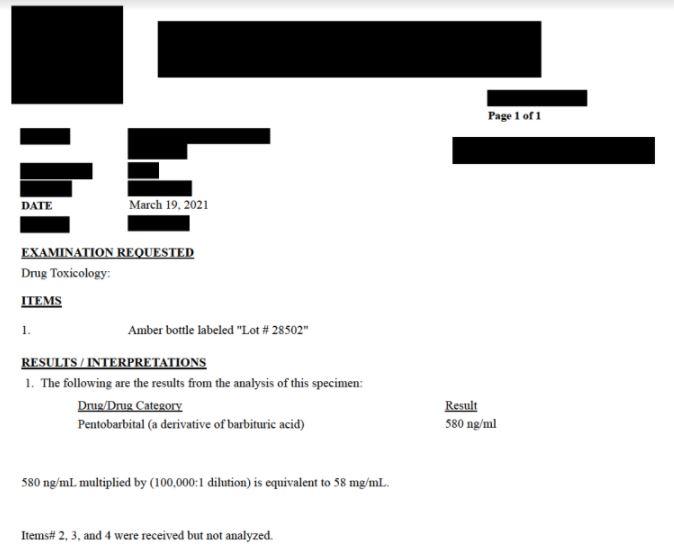 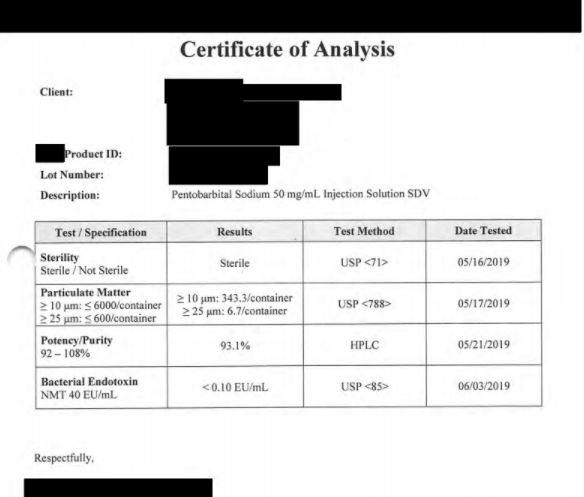 (PACER)
A lab test for drugs used in Federal executions

Additional documents provided to KJZZ show the results of lab tests conducted by an unknown entity on the purity of pentobarbital it has obtained.

Moreno said the test appears “thin on details” compared to the analysis run on the drugs used in recent federal executions.

“It’s significantly less information than we tend to see from other testing results or certificates of analysis from other cases,” Moreno said. “Other cases tend to give the sterility, bacterial presence and other factors, but here we’re just seeing the potency of the drug.”

Based on the limited information in the documents, Moreno said the drugs acquired by the state appear to exceed potency levels.

“One of the drugs was compounded at a significantly higher potency rate of 116% of what should be the target,” Moreno said.

“It really calls into question what the state is doing,” Moreno said, “if the first thing we’re seeing from them with these drugs is that they were wrong about the expiration date.”

EDITOR'S NOTE: The story has been updated to correct which day the motion was filed with the state Supreme Court.