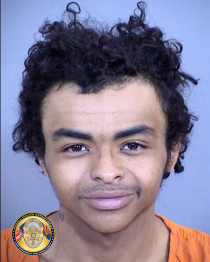 Peoria police have identified a 67-year-old man found dead in his red pickup truck pulled from a canal after last week’s shooting spree in the West Valley, and the list of gun-wielding incidents detectives have tied to a 19-year-old suspect has grown again.

Police say Ashin Tricarico pointed a gun at a woman in a vehicle one week before he went on a shooting spree that left David Liebler dead.

Next, he allegedly shot Liebler on the freeway.

Tricarico then reportedly fired at three vehicles and a pedestrian in a roughly half-mile stretch of Union Hills Drive.

Police say Tricarico crossed the Agua Fria River, shot at people in their 80s, and went north to where the final shooting took place near the Loop 303 and Happy Valley Road.