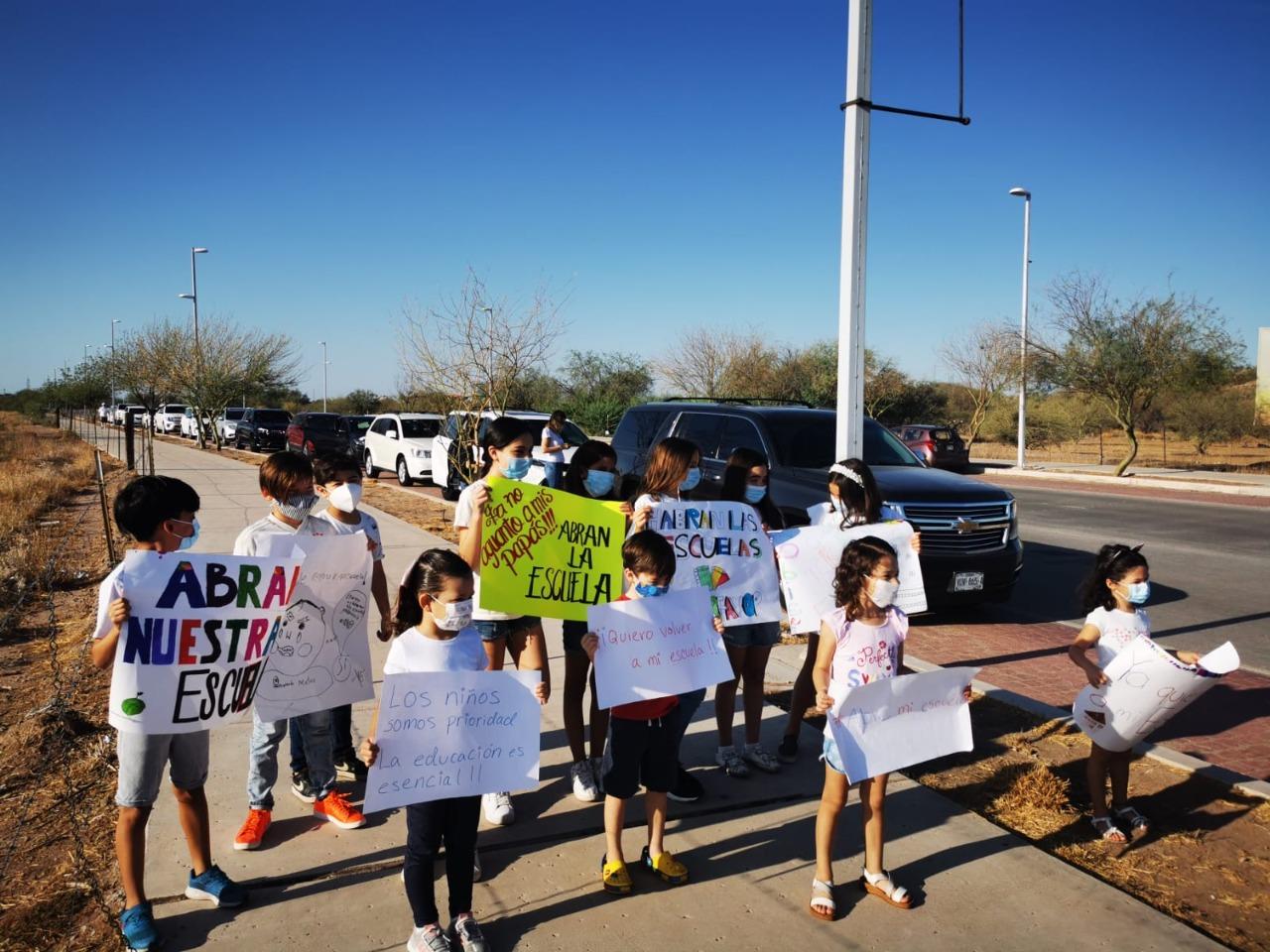 Abre Mi Escuela
Children hold up signs they and their parents made for a protest in Hermosillo, Sonora, on June 24, 2021, demanding that schools be reopened.

The school year is almost over in neighboring Sonora, Mexico. But parents, teachers and students aren’t letting up on calls for schools to reopen after more than a year of virtual classes.

On Thursday morning, the Sonoran arm of the group Abre Mi Escuela, or Open My School, held a protest in Hermosillo demanding a return of in-person classes. Families in cars honked while others marched, chanted and held up signs with messages like “virtual classes aren’t the same,” and “open schools — this is our future.”

Students in Sonora — and across Mexico — have been out of the classroom for 15 months. And with coronavirus cases on the rise again, the few schools allowed to reopen as part of a pilot program have been closed for the rest of the school year.

But protesters say by the time school starts up again in August, they want safe, voluntary options for a return to the classroom.

Sonoran health officials initially had plans to partially reopen about 50 schools before the end of the school year in an effort to prepare for a full reopening in the fall, but cancelled those plans when cases started ticking up. It's unclear now whether students will be able to return to in-person classes in August. Officials have said it will depend on how the state is faring in the pandemic.