In Response To Historic Drought, Cloud Seeding Could Start Soon In Sonora 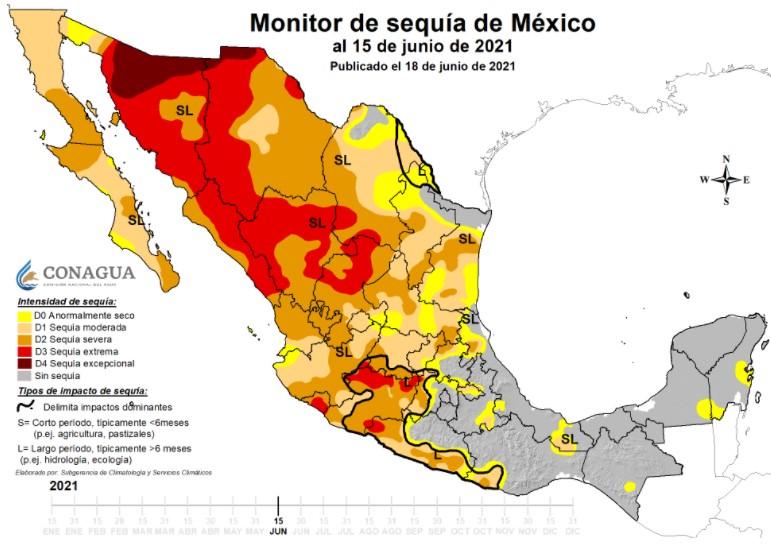 CONAGUA
Drought is widespread in Mexico, and Sonora is among the states most impacted.

Conditions permitting, cloud seeding could start as soon as July in the neighboring Mexican state of Sonora.

The effort is intended to help reverse the effects of the ongoing historic drought in the state, where roughly 90% of municipalities are experiencing either extreme or exceptional levels of dryness.

On Thursday, a squadron commander with the Mexican Airforce told Sonoran media that roughly 20 to 25 flights are planned.

The project will target an area of several million acres that includes five watersheds and seven reservoirs, according to a copy of the presentation. Several Sonoran reservoirs have reached historic lows during the drought, including the source for roughly a third of Hermosillo’s water.