Sports Historian: 'The Time Is Now' For A Female NBA Head Coach

A head coaching position in the NBA is highly-coveted, with only 30 teams in the league. To this point, the NBA hasn’t had a woman hired to be a head coach, but this offseason may see that change.

Former WNBA stars Becky Hammon and Dawn Staley were interviewed by the Portland Trailblazers, with Hammon reportedly reaching the finalist stage before turning out to be one of the runners-up. Teresa Weatherspoon and Kara Lawson have also been connected to head coaching openings.

The Show spoke with ASU sports historian Victoria Jackson to learn more about why the tide may be shifting and about the importance of a woman becoming a head coach in one of the major men’s professional sports. 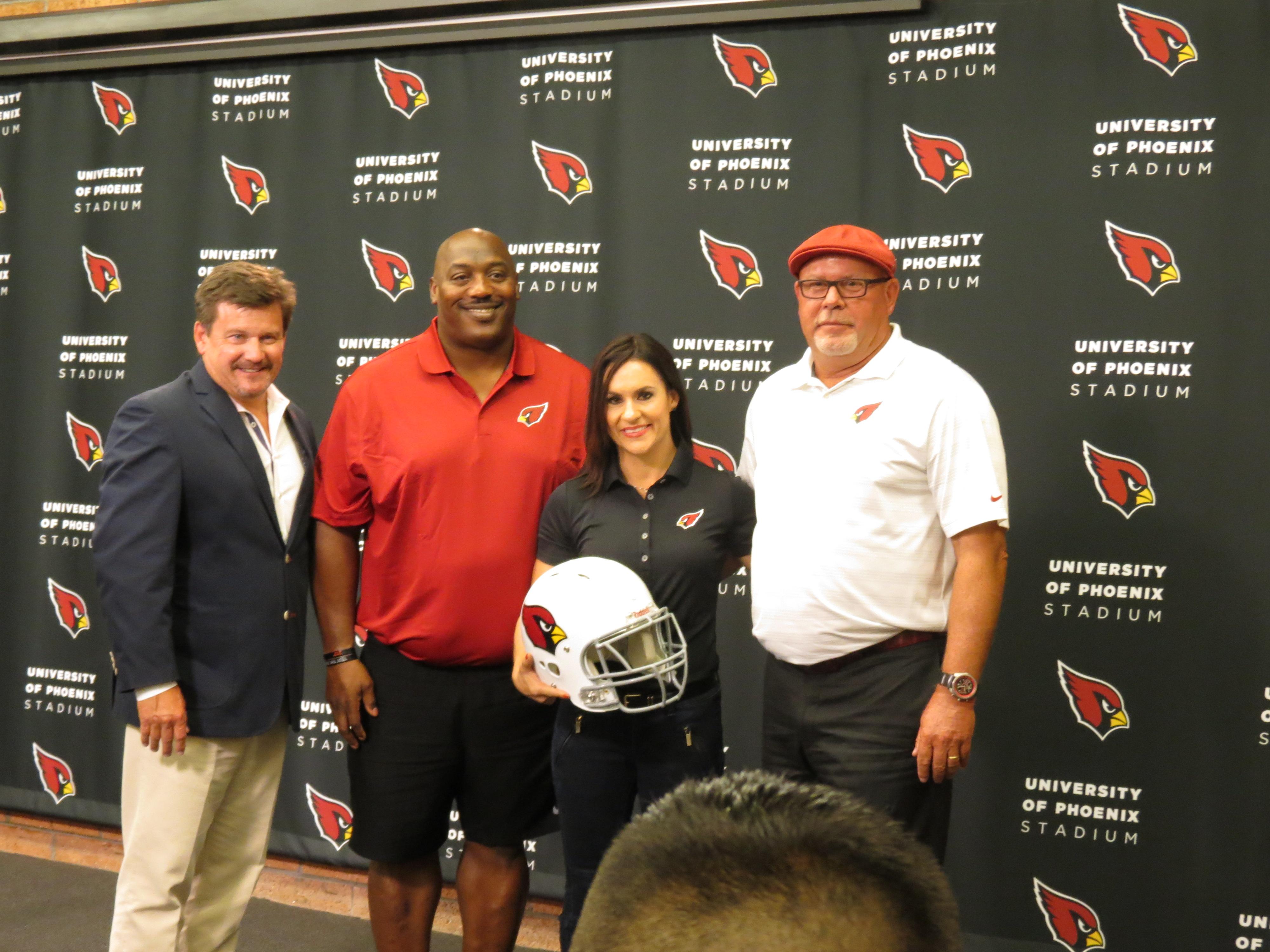 Kristy Westgard/KJZZ
Bruce Arians (right) and Jen Welter at a press conference on July 28, 2015. Welter was the first woman to coach in the NFL.