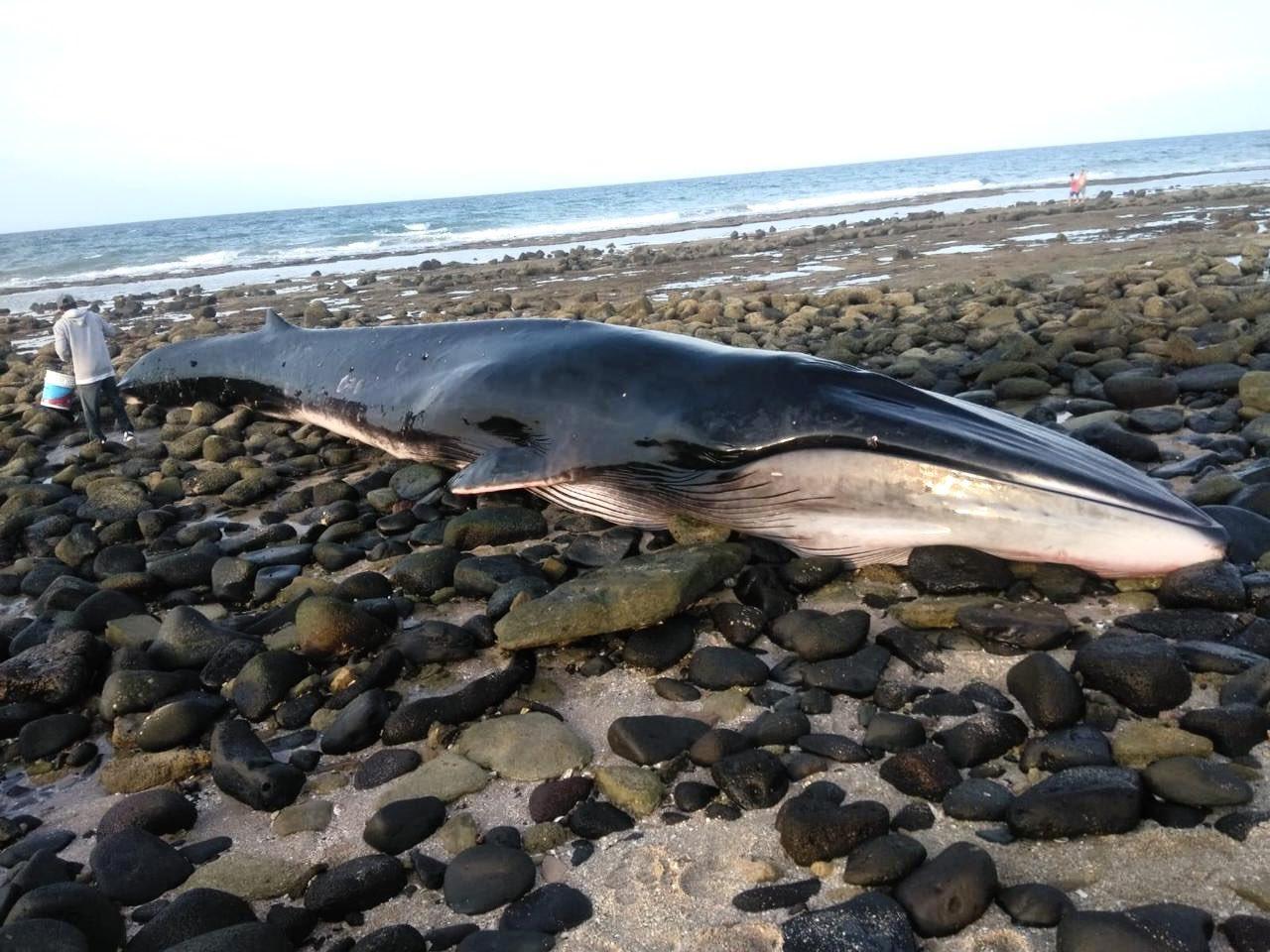 Visit Rocky Point
A fin whale that was rescued from a beach in Puerto Peñasco on July 7, 2021.

On Wednesday, authorities and volunteers rescued a whale found on a beach in neighboring Sonora, Mexico. But the whale didn't survive.

On Wednesday morning, a 10-meter-long, 5-ton fin whale was discovered on the beach in Puerto Peñasco, or Rocky Point. Members of the Mexican navy, firefighters, police and local residents worked together to keep the huge animal hydrated, and were eventually able to return it to the sea.

But the rescue was short-lived. On Friday morning, the young whale was discovered washed up again on the beach. This time, it was dead.

Officials say they believe it’s the same whale rescued just days before because of its size.