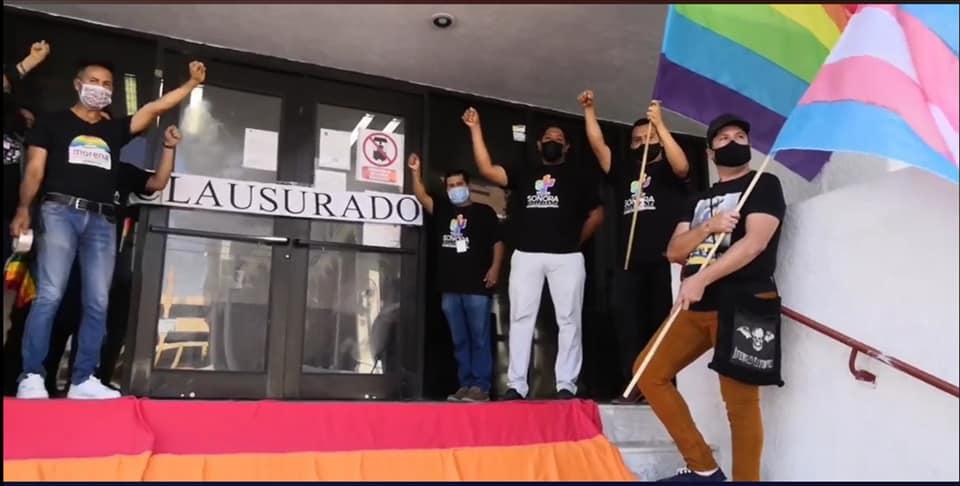 LGBT groups in neighboring Sonora are stepping up the pressure on the state Congress to take action on a marriage equality measure.

With a massive pride flag draped down the steps leading to the Congress late last week, activists from a coalition of groups symbolically shut down the building to call attention to the body’s inaction on a marriage equality measure. It’s been languishing since being introduced nearly two years ago, despite a 2015 Mexican Supreme Court ruling declaring all state laws — like those in Sonora — that prohibit same-sex marriages unconstitutional.

“They’re concerned because (legislators) keep violating our human rights with impunity,” said Alberto Hernández, founder of Sonora Incluyente, one of the event’s organizers.

But he’s hopeful that there’s a chance the measure will be approved during the last weeks of the current Congress’ final session.