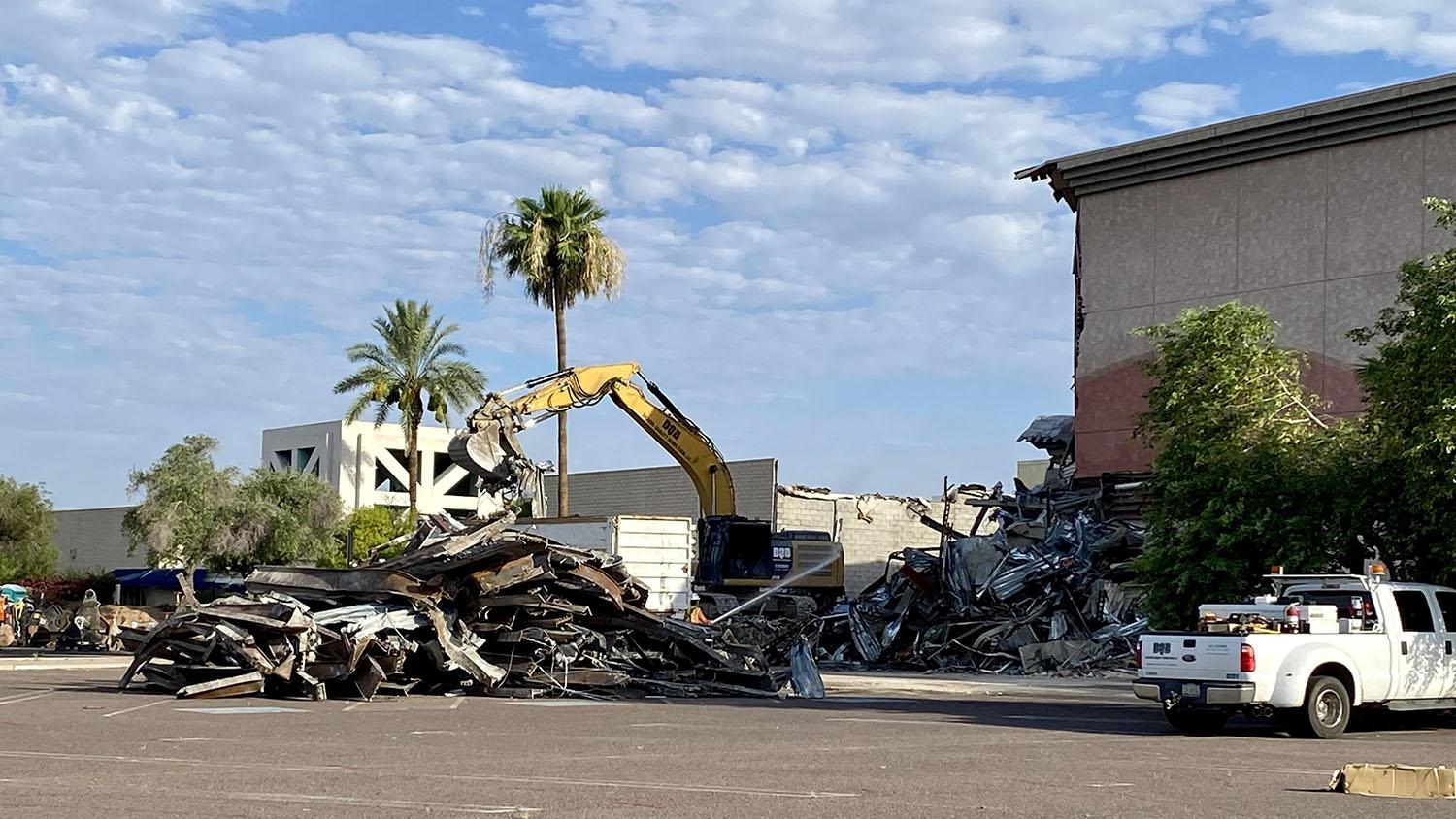 Demolition work has started at the Paradise Valley (PV) Mall; it’s expected to continue through the rest of the year.

The mall closed earlier this year and the Phoenix City Council approved a redevelopment plan for the 1970s-era shopping center. It’ll include office space, retail, restaurants and multi-family housing, among other things.

There’s been a lot written about the future of malls, especially indoor ones like the PV Mall. Mark Stapp, director of Real Estate Programs at ASU’s W.P. Carey School of Business, says malls are not dying, but changes in retailing are affecting retail real estate.

He says there’s too much retail in the Valley, and a change like this is a step toward right-sizing that. The Show spoke with Stapp about this and asked how he thinks a plan like the one for the PV Mall might change the surrounding area, which in many directions, is residential.

Stapp mentioned spending a lot of time around the mall in the past — something Linda Pressman did as well.

Pressman is a local writer and instructor who has lived in PV since 1973; she was in college while the mall was being built, and soon after, it became a place at which she and her family spent a fair bit of time.

The Show spoke with her and asked how the neighborhood changed from before the mall was built to after it opened.