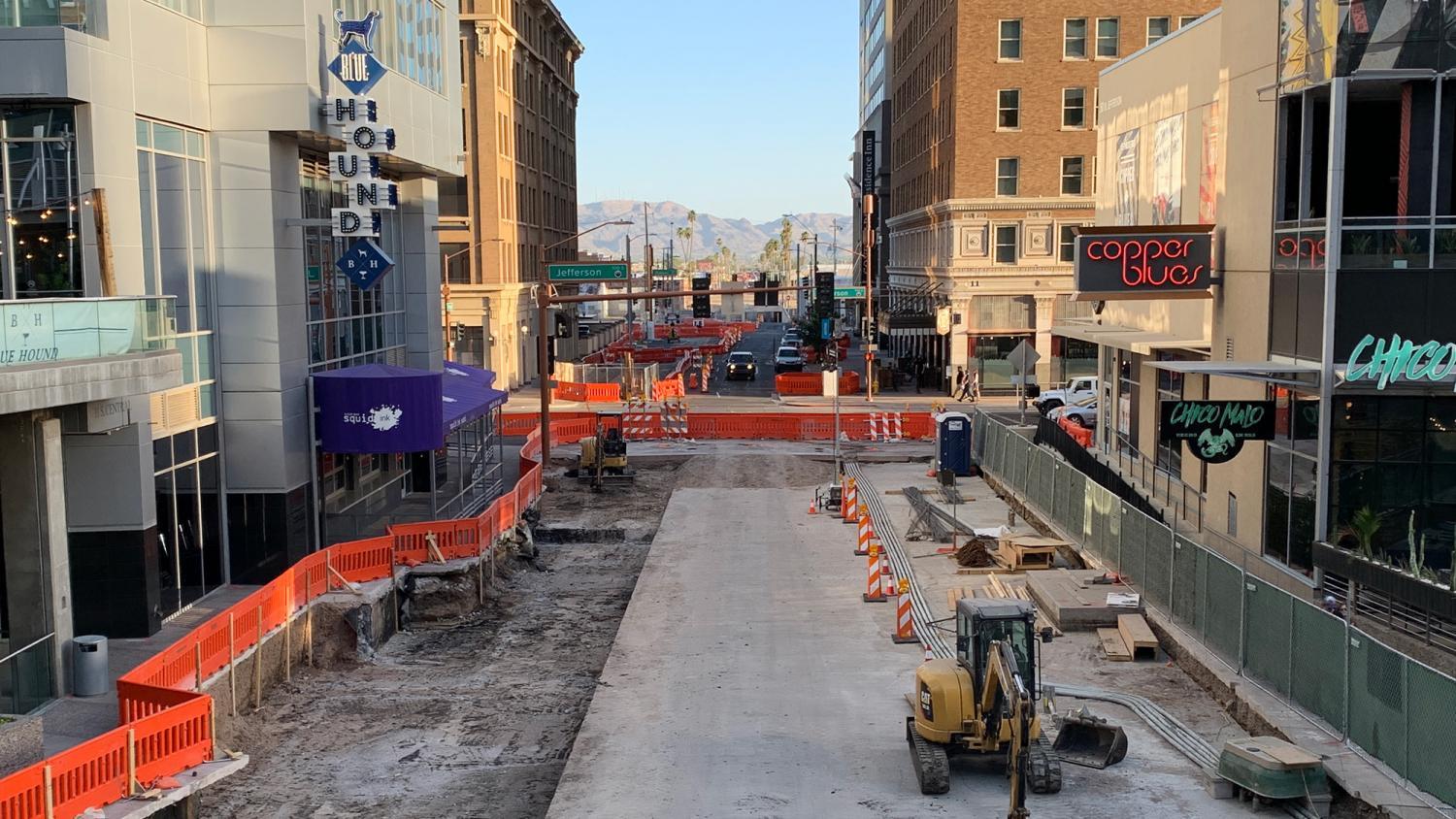 Tim Agne/KJZZ
A view of construction on the light rail's South Central Extension looking south from CityScape in May 2021.

In the late 1980s and early '90s, Tommy Espinoza looked around his neighborhood in south Phoenix and didn’t like what he saw.

"There was a great deal of alcohol, gang activity," he said. "We had shootings in south Phoenix, and so on."

At the same time, he was putting together a community development effort for the National Council of La Raza — and he realized there was a common thread that could help them all: capital.

That spelled the beginning of Raza Development Fund, which today funds projects around the country. Now, they’re returning to south Phoenix and the community where Espinoza grew up. Their new headquarters there will open in the fall.

The Show spoke with Espinoza more about the move — what it means to him and what he hopes it will mean to the community there.