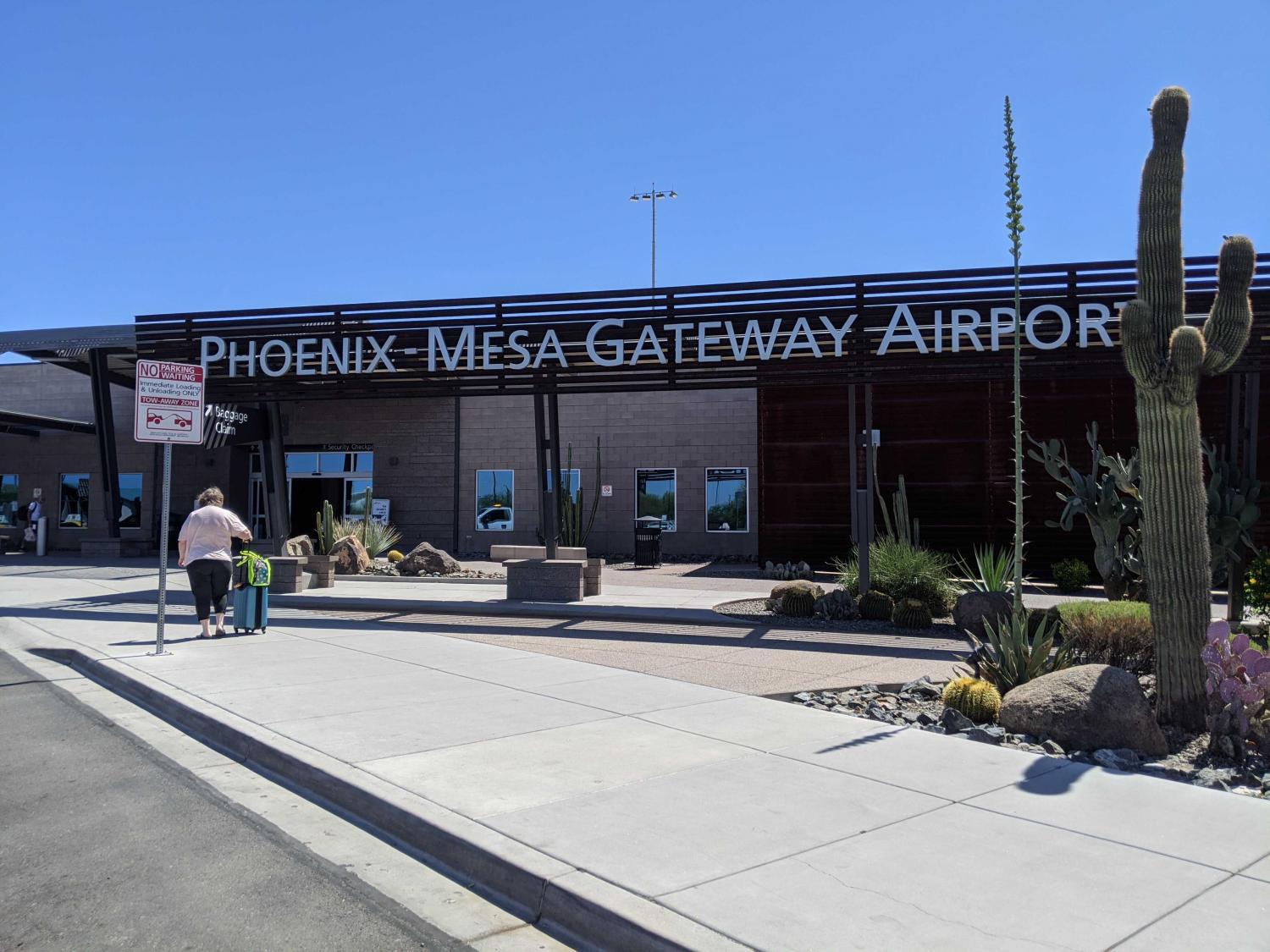 Sky Schaudt/KJZZ
Travelers head off to their flights at Phoenix Mesa Gateway Airport.

Mesa Mayor John Giles who chairs the Phoenix-Mesa Gateway Airport Authority said, “June is the kickoff to the summer travel season, and we are encouraged and hopeful that this trend will continue.”