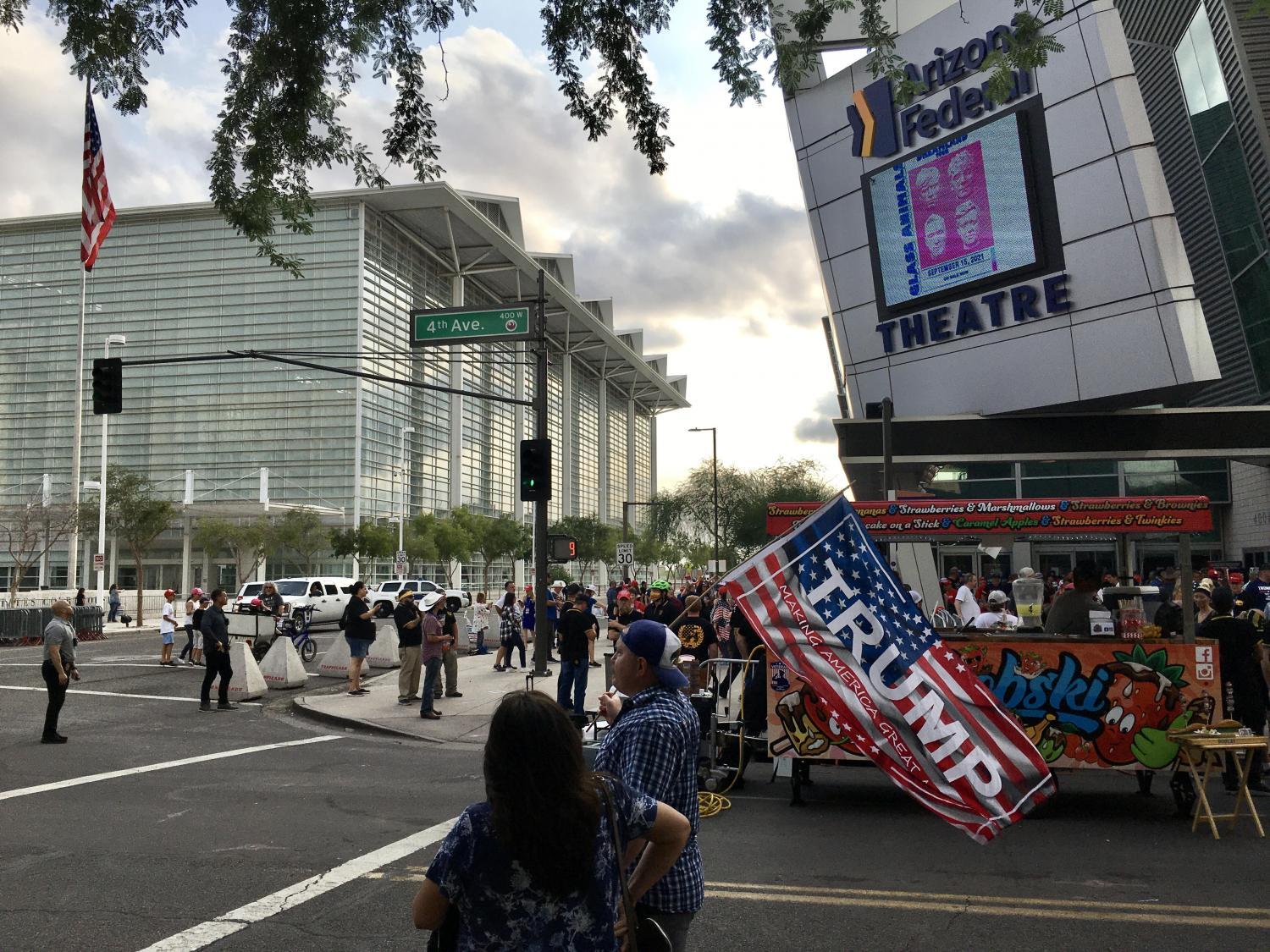 Former President Donald Trump was the headliner at a rally in downtown Phoenix on Saturday. Thousands of supporters arrived hours early in anticipation of Trump’s speech.

Trump called his followers in Phoenix the pulse of a movement, and thanked members of the Republican controlled state Senate for pursuing a review of the 2020 election, while attempting to distance himself from the process.

“I’m not involved," Trumps said. "They’re involved. This is the Arizona state Senate. I think the results will be so outrageous."

Trump repeated several falsehoods about fraud in the 2020 election including the claim he had won Arizona.

The former president praised several political loyalists who are campaigning for state Legislature and the governor’s office, while attacking Gov. Doug Ducey, saying he would not endorse him for higher office.

A large motorcade with heavy police presence has arrived at the Federal Theater in downtown Phoenix where former president Donald Trump is scheduled to headline a rally pic.twitter.com/xoMTuJVpcT