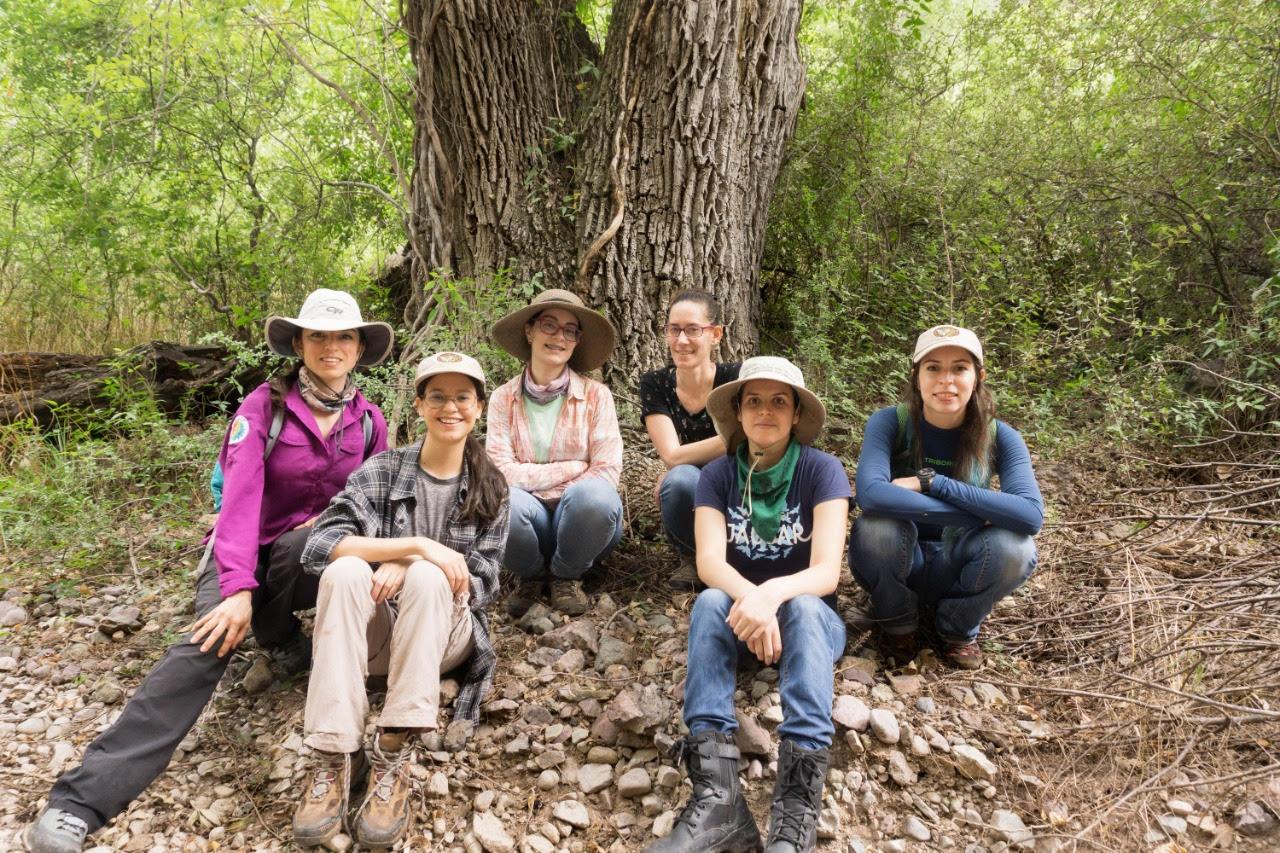 During a recent virtual meeting, members of the Sonora-based Asociación Mujeres y Conservación laugh about how casual their WhatsApp group has become, joking that their new intern might get scared off by all the stickers and memes they send.

More sincerely, though, they hope the internship will be a chance to guide the newbie as she enters the field. That’s why they started what they call the women and conservation association, or AMC, last year.

“The mission of the association is very basic, very simple: it’s to empower, highlight and support women in conservation,” said Mirna Manteca, a biologist and AMC cofounder.

In Latin America, conservation remains a largely male-dominated space, she said, where women often face harassment, discrimination or discomfort, or are simply overlooked for their contributions. And because they often work predominantly with men, many don’t realize how common their struggles are. 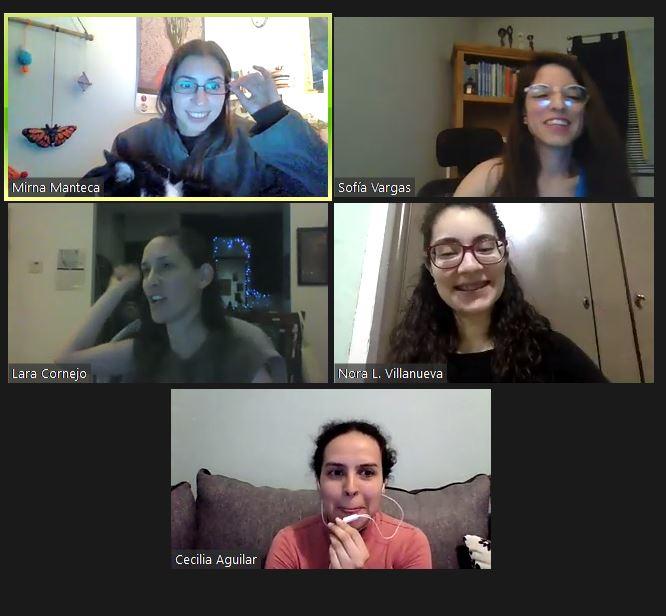 So Manteca started looking for a community of women doing similar work and experiencing similar challenges.

But while groups for women in conservation do exist, Manteca couldn’t find the right fit. Some groups were abandoned. Most were in English. And others didn’t connect much beyond social media.

“And one day it just occurred to me that if I can’t find what I’m looking for, I can invent it,” she said.

Manteca reached out to five other conservation-focused women in Sonora who have become the volunteer core of AMC. Last March, they held their first in-person meeting just before the first wave of the pandemic hit.

Since then, nearly everything has been online, through zoom and virtual workshops. They also started a directory to facilitate connections, and a blog, called the field notebook, where members can publish essays, often about her work and passion for conservation, but also discrimination and sexual violence — reasons many women have gravitated toward the group.

On a hot, sticky July evening, Nora Villanueva and Estefanía Ramírez hike to a high point on an Hermosillo trail.

Settling onto some rocks with a sunset view and the buzz of cicadas in the background, they talk about why they joined the association.

“The truth is, it’s really hard to work with all men,” said Villanueva, a biologist who monitors wildlife like jaguars in Sonora’s Sky Islands. “And I’ve always been the only woman working with all men.” 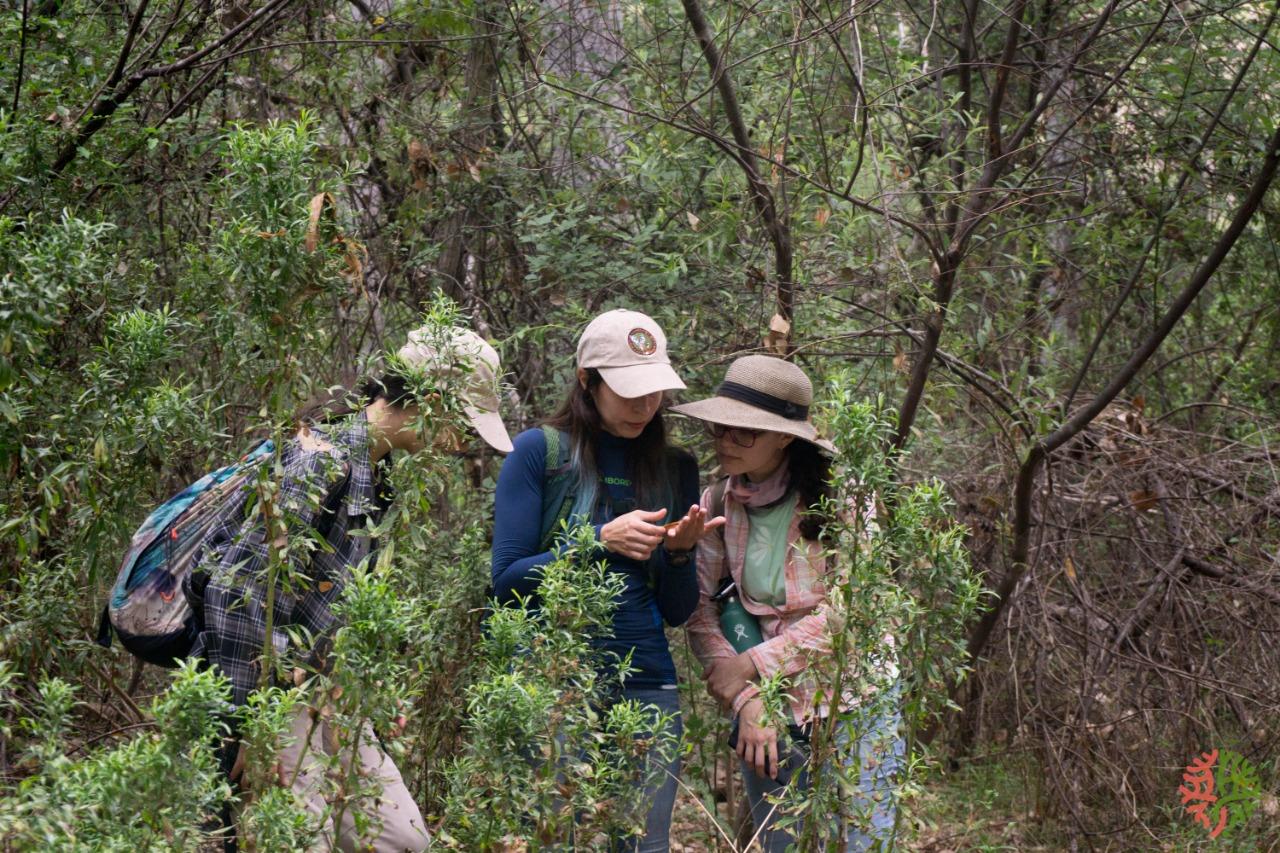 Her field work often takes her into remote mountain areas where she is always the only woman.

In those situation, she said, you’re constantly watching out for yourself. What are you wearing? Do you look weak? How will you protect yourself from unwanted comments or advances?

“When you’re in the field, you don’t know what can happen,” she said.

The support she received from women in the association has helped keep her going in a field that has driven many women away, she said. She calls it her salvation.

It helps, too, that AMC is specifically for women in Latin America, said Ramírez. They understand each other's struggles in a way others can’t.

“As empathetic as women from the United States or Europe might be, they don’t understand,” she said. “Things that for them seem really simple, really easy — they’re not.”

It’s not just challenges particular to being a woman, either, she said, but also other struggles conservationists in Latin America face, like access to resources and funding, safety concerns, the struggle to find paid work and language barriers.

“There are so many women in Latin America doing good work, doing important work, but a lot of times no one knows about it. Especially in the global context,” Manteca said. “And a lot of that is language. Because the rest of the world works in English, so we get left in the shadows.”

AMC tries to address that by highlighting the work of members. And the group has drawn dozens of women from across the region — from Mexico to Costa Rica, Colombia to Chile. They're mostly biologists, but also conservation-focused psychologists, anthropologists and engineers, like Sandra Bazán Velásquez in Peru. 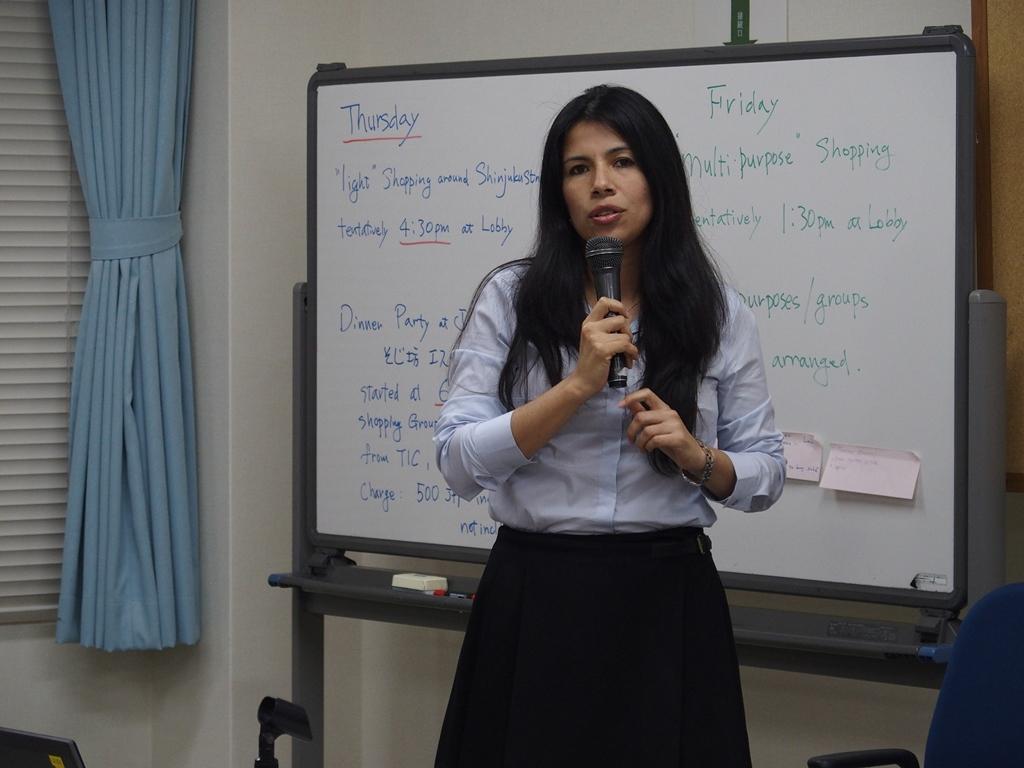 “I thought it was really interesting because it wasn’t in Europe or in Canada. It was in Latin America,” she said of the group. “And I was amazed to find that there were people here doing the kind of work I wanted to do.”

Through AMC, Bazán said she found other women in Latin America doing highway ecology projects. It gave her hope that it was possible in the region. She also connected with professionals who could present to her Spanish speaking students.

“That was such a great experience for them to hear from experts, people who are doing the work, in their own language,” she said.

For Francy Foreo, a field biologist from Colombia, AMC made her feel more confident and less alone.

“I felt super seen. I felt embraced by another woman who was doing what I do and who had experienced the things I’ve experienced,” she said.

She stumbled upon the group through a blog post about imposter syndrome — something she experienced frequently as a master’s student in Brazil, and as only woman when doing field work. 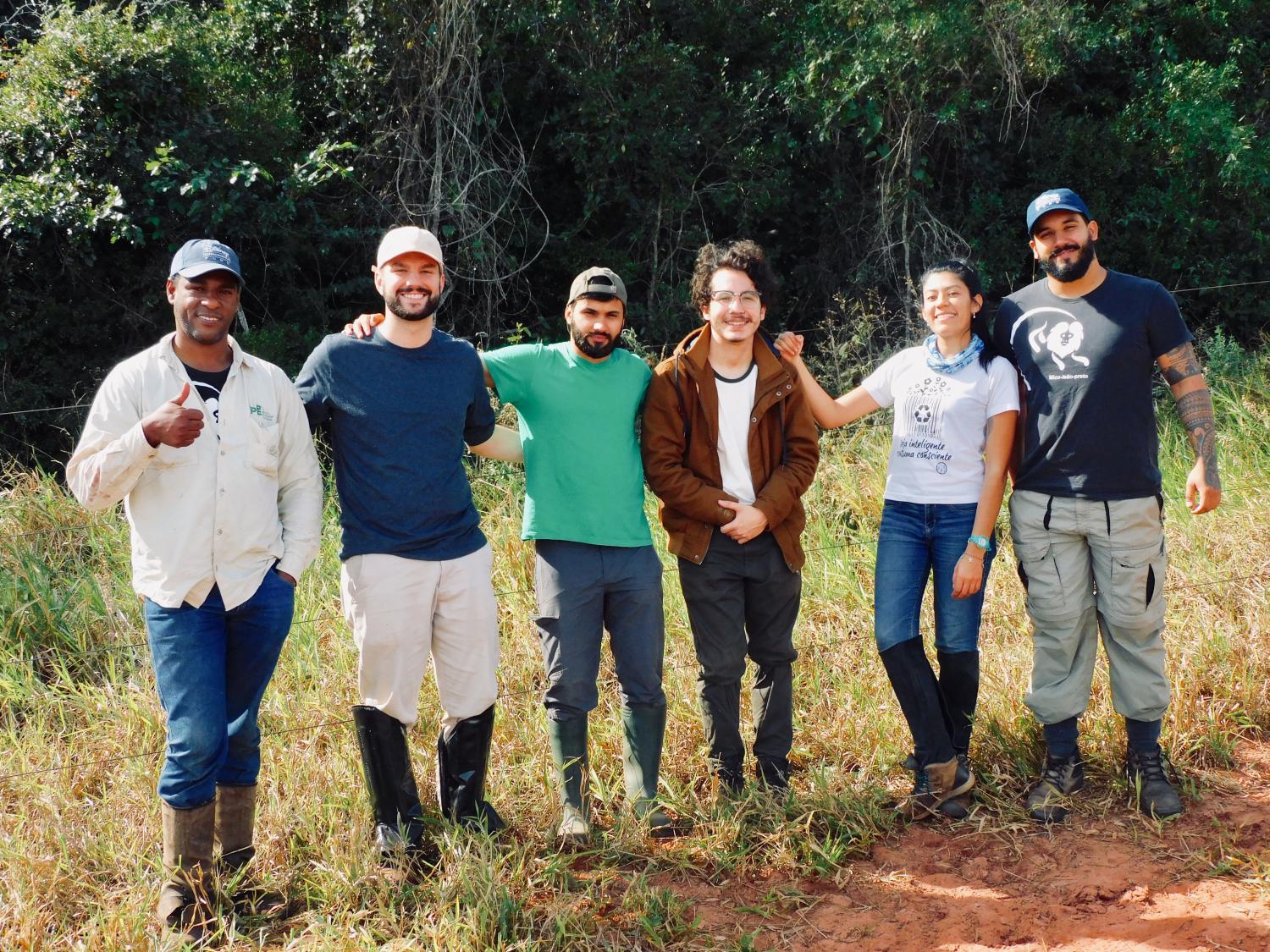 Finally, she said, women are talking about things they have all experienced but usually never voice: pay inequities; being ignored while people talk only to their male colleagues; constantly questioning how to gain the respect of coworkers.

“That’s a question a man never has to ask. He just shows up as himself,” Foreo said. “But as women, we have to be thinking of our field work, our research goals, but also what you need to do to get people to respect you, to see you as capable of doing your work. And make they respect you as a woman and don’t try to cross the line.”

She called it double work. It’s also a double standard. But Foreo hopes talking about these issues is a step toward solving them, and opening the door for more women to enter the field.

And that’s what it needs, said Manteca.

“I think the feminine perspective has a lot to contribute to conservation,” she said. “And we’re coming like a wave, all together, to work in conservation.”

And AMC is there to connect and support them, she said: sharing their work, fighting abuse and raising funds to help women advance in the profession. 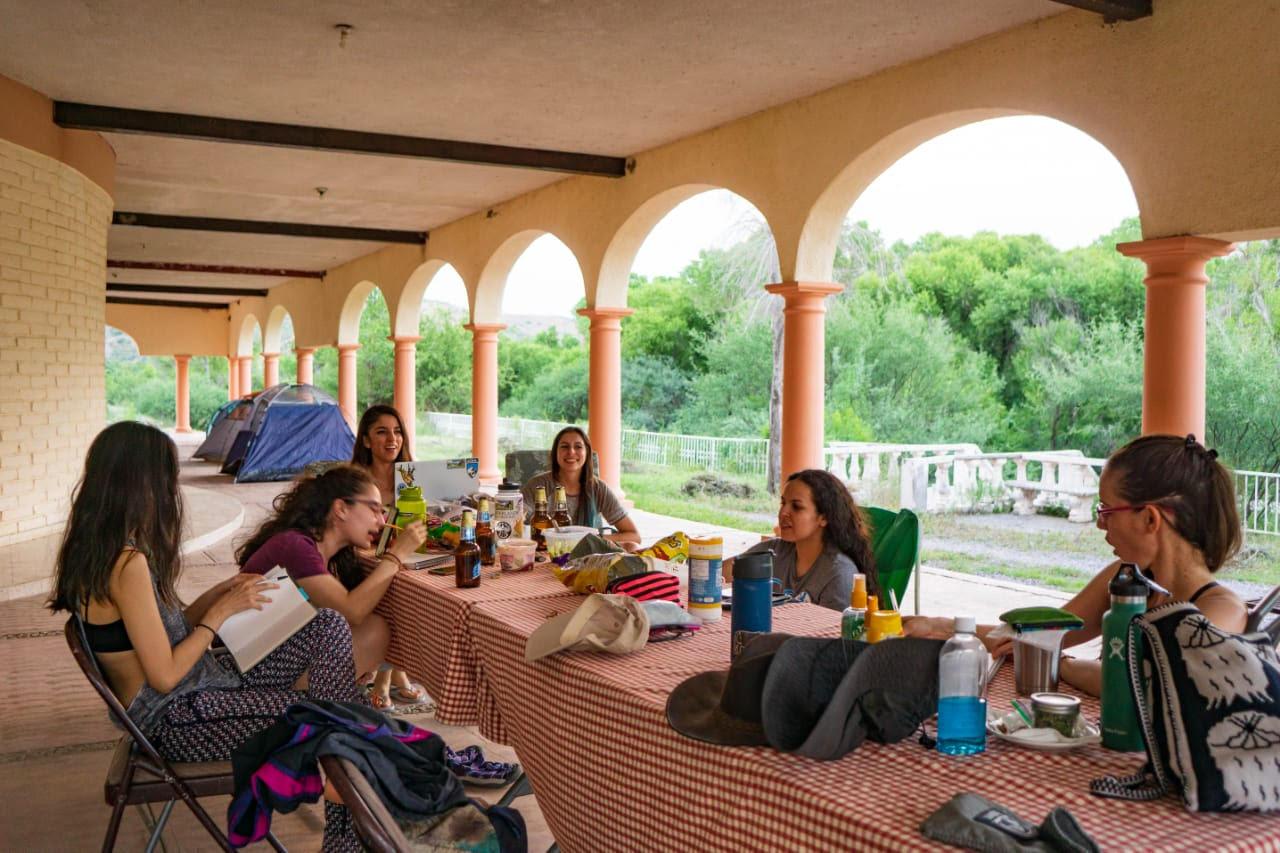 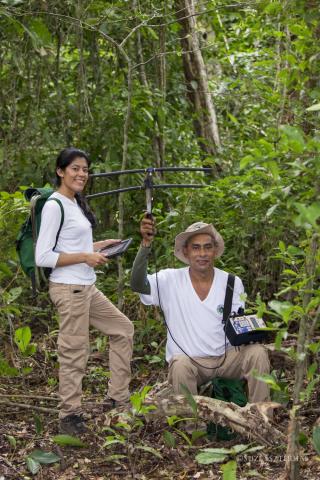 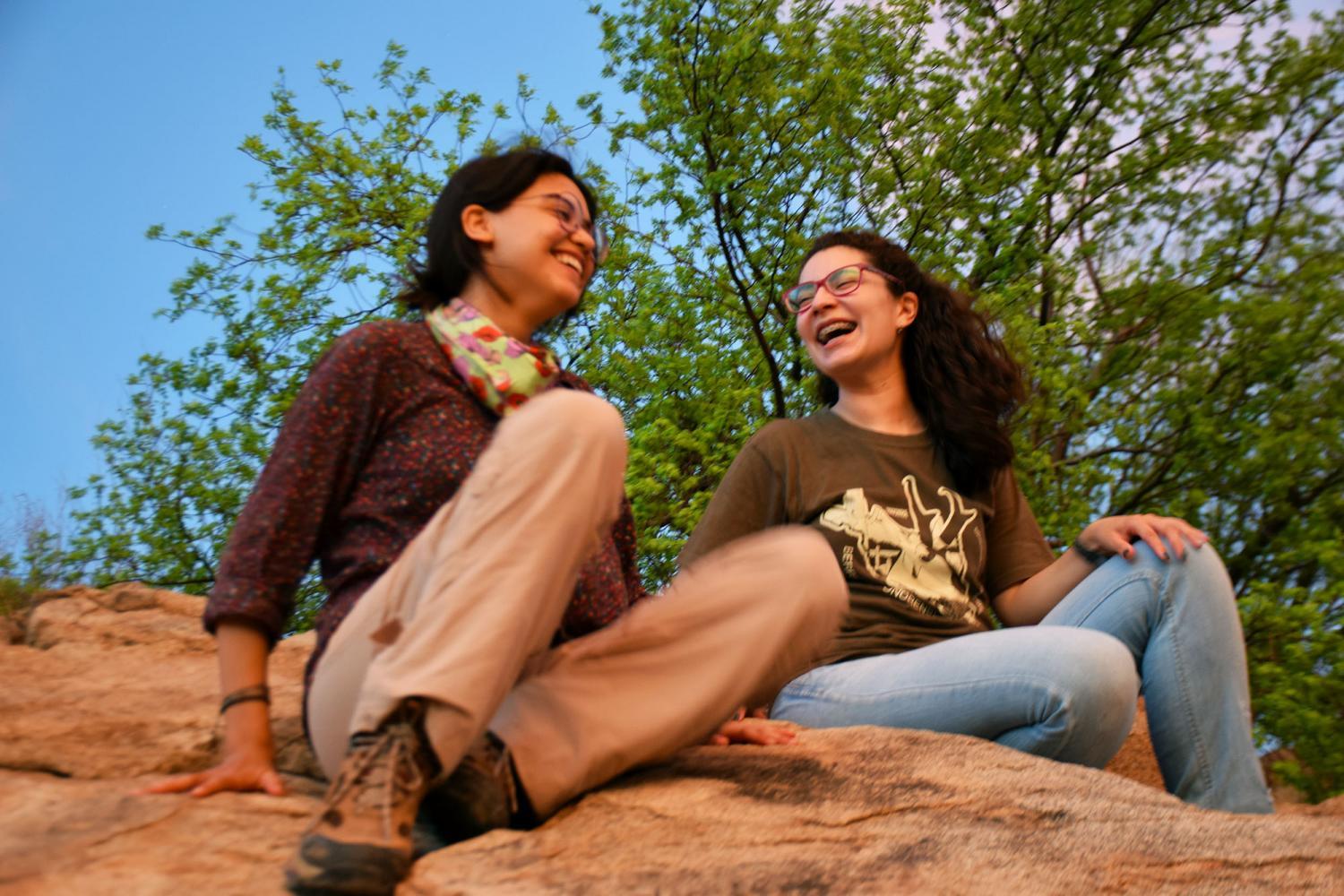